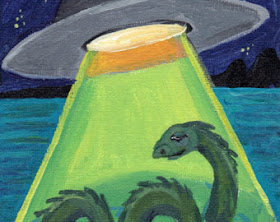 The mystery of the Loch Ness Monster has baffled generations of monster hunters, but a new bizarre theory claims it could be more than just an ancient myth.

Believers have previously thought Nessie is a prehistoric dinosaur called a plesiosaur which lurks beneath the murky waters of the Scottish Highlands.

But even monster hunters are sceptical to believe that a dinosaur could survive in the loch.

Monster hunter Jon Downes, a cryptozoologist who runs the UK-based Centre for Fortean Zoology in Devon, told Daily Star Online that there’s no way the Loch Ness Monster could be a plesiosaur. Read more at REVEALED: Loch Ness Monster is ‘an alien’ – new theory on Scotland's mythical beast

PHILADELPHIA (AP) — A suburban Philadelphia man whose weekend trip to a neighborhood store somehow led to a 900-mile detour to Alabama is safely back with his family, thanks to breakfasting police officers who realized something wasn't right.

Haleyville, Alabama, Mayor Ken Sunseri said Thursday that 89-year-old Jody Tarbutton, of Boothwyn, Pennnsylvania, approached the officers at a restaurant on Monday and asked them where he was.

"They said, 'You're in Alabama, Haleyville, Alabama,'" Sunseri said. "And it sort of stunned him."

The officers took him to the police station and ran his driver's license, discovering that he had been missing for two days. They contacted authorities, notified his family and got him medical attention.

"We never, never, never expected to hear the news that he was in Alabama," his daughter Cindy Gatta said by phone Thursday night. She had contacted police in Pennsylvania and posted a plea on Facebook on Sunday in an attempt to locate her father.

Gatta, of Wilmington, Delaware, flew down to Alabama and reunited with him at a hospital, where he was treated for high blood pressure and dehydration. She said her father has never been clinically diagnosed with dementia and attributed his unexpected road trip to old age and forgetfulness.

"It's just been amazing that it all turned out so well," Gatta said.

Officials aren't sure what route Tarbutton took, but he would have almost certainly been driving through severe weather, Sunseri said. Police found a child-size drink and two hamburgers inside Tarbutton's pickup truck.

People in Haleyville helped Tarbutton's children get from the airport in Birmingham to the hospital, and are now working with the family to have Tarbutton's truck shipped back to his home.

Sunseri said he was "extremely proud" of the response by the officers and wider community.

"They were a tremendous help to the family," the mayor said.

Tarbutton's daughter said she too is grateful to the officers and others, and is calling her father's safe return nothing short of "a Christmas miracle."

Serial Animal Killer on the Loose

A number of gruesome discoveries involving mutilated animals have prompted a southwestern Ontario humane society to warn pet owners about a possible serial animal killer on the loose.

Last week, police in London, Ont., responded to a report of a headless dog found on top of a recycling bin near a beer store. The animal had been skinned and was missing organs.

It was the latest in a series of similar disturbing incidents in which dead animals were found in public places around the city, according to the London Humane Society’s executive director, Judy Foster.

Over the last year, Foster said, there have been at least eight incidents involving 17 dead animals, including a skinned and beheaded bunny found on the Western University campus, a mutilated cat found in a park, six dead coyotes — two of them headless and skinned — placed in a pose in three different locations, and seven dead snakes left in a strange pose. Read more in Serial animal killer may be on the loose in London, Ont., humane society says

It may be three billion light-years away from Earth, but this distant constellation could be trying to contact us.

Six bursts of radio waves have been detected from the constellation Auriga, each lasting just a few milliseconds.

While the source of the waves remains unknown, some suggest they mysterious bursts of energy could be a sign of alien life trying to contact us.

The mystery stems from the fact it is not known what could produce such a short and sharp burst.

This has led some to speculate they could be anything from stars colliding to artificially created messages.

The first FRB was spotted, or rather 'heard' by radio telescopes, back in 2007.

But it was so temporary and seemingly random that it took years for astronomers to agree it wasn't a glitch in one of the telescope's instruments.

The waves were detected by researchers from McGill University in Montreal, using the Green Bank Telescope in West Virginia, and at the Arecibo Observatory in Puerto Rico. Read more at Are aliens trying to contact Earth? Six new mysterious blasts of radio energy are detected from deep space

There has been an increase of UFO and military helicopters sightings throughout southeastern Pennsylvania over recent weeks. UFORCOP and P&M Fortean Research have received numerous reports...as well as reports posted at MUFON CMS. 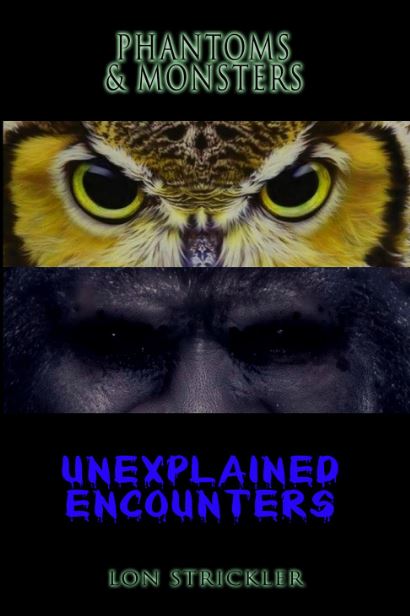 The Monster-Reptile of Chatham Island

A 627-year-old 'blood miracle' failed to occur, heralding disaster for 2017

Do you believe? Near-death experience survivor recalls 'amazing' encounter - If NDE interests you, you may want to watch a new dramatic series on Netflix, titled 'The OA'


Venus Rising: A Concise History of the Second Planet

The Van Meter Visitor: A True and Mysterious Encounter with the Unknown

Fingerprints of the Gods