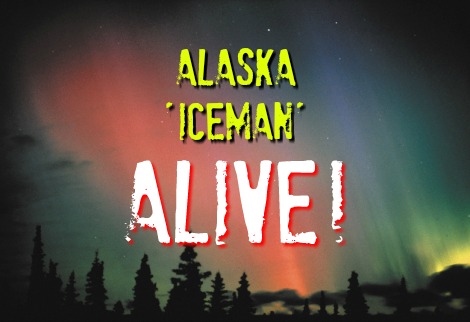 “Enclosed with this letter is a sketch by Mr. Elgnirk Sirk of the queer “thing” found encased in an iceberg on Lake Tinsel. Last night a party of Esquimaux runners highly excited dashed into Sitka and reported that the mysterious creature had come to life, that Mr. Sirk was ill from the strain and that many of his servants had fled. Business in Sitka is temporarily suspended. Many persons are already on the dog-trail to the interior and a party of one hundred and fifty men left here this morning on skis for the Sirk estate.

My Esquimaux informants state that for nearly an hour after its release the creature lay like a mummy. Then, as night fell, the eyelids quivered and ‘rem’ was seen to issue from them. All the while Mr. Sirk was engaged in massaging the “thing’s” wrists and heart. With the coming dusk animation stirred its body. The lips trembled, the fingers shook nervously.

Suddenly as the moon rose, the tongue protruded and articulation was heard. Mr. Sirk fell over in a faint and all his servants, save three, fled. The remaining servants tenderly put their master, who for two days had neglected to take food, upon a dog-sled and bore him with the strange acquisition to this home. Recovering, Mr. Sirk saw again the weird being and found it wholly alive and seated on a chair like any human creature, dispatching with gluttonous haste all the visible eatables on the servant’s table; its first food for possibly 4,000 years.

My Esquimaux messengers added that when daylight came the creature acted as one dead, and remained so until nightfall, when it emerged from its coma, and, bearing itself like a high-caste human, uttered strange speech and made overt attempts to convey its thoughts.

My next letter will be written from personal observation, as it is no longer possible to endure conjecture. I leave for the Sirk estate tonight and will advise you of developments.”

Comments: Unfortunately there is no additional information to this intriguing story. 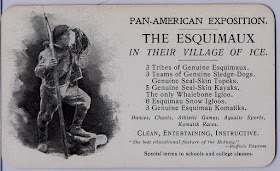