Daily 2 Cents: What if 'WE' are the Aliens? -- Implants & Mind Manipulation -- Scottish Police Baffled by Paranormal Events 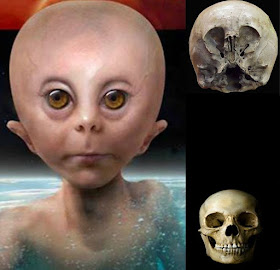 What if 'WE' are the Aliens?

Space is “vastly, hugely, mind-bogglingly big,” as the author Douglas Adams put it, and those gargantuan dimensions present a colossal roadblock in the search for alien life beyond Earth. Even if our own Milky Way galaxy is currently teeming with extraterrestrial beings, their worlds could be scattered thousands of light years distant from each other, passing blindly like cosmic ships in the night.

But what if the key obstacle to detecting alien pen pals is not spatial, but rather temporal? That’s one of the questions posed by a forthcoming paper in the Journal of Cosmology and Astroparticle Physics.

Led by astrophysicist and professor Avi Loeb, who chairs the department of astronomy at Harvard University, the paper charts out the probability of life’s emergence from the birth of the first stars 30 million years after the Big Bang to the death of the last stars trillions of years into the future. Loeb’s team focused on “life as we know it,” meaning terrestrial organisms on a rocky planet with liquid water, within the habitable zone of its star.

The results suggested that low-mass red dwarf stars are the most likely candidates for hosting habitable planets, thanks to their extreme longevity. These slow burners are only about ten percent as massive as yellow dwarfs like the Sun, but they outlive Sunlike stars thousands of times over. Read more at What If We Haven’t Found Aliens Because Humans Came First?

Long Beach Township, NJ - 8/4/2016: A paranormal group visited me on the first week of August because I did not know where to turn. I explained to them I was experiencing occult influences in the form of entities that were able to control my thoughts and talk to me with my own voice. It has been going on for seven years. I thought it was a mixture of alien and supernatural but was not sure and needed help. I told them I did experience seeing a UFO at least twice.

I saw one fly over my home around seven years ago when this all began, it was very large, about the size of my house, and flew off extremely fast when I saw it for about a second there over my house. The second event was around five months ago and it flew left, then flew right, stayed there for a short while. I showed no interest because of my symptoms and it disappeared. I have been guided into believing the control over my mind is robotic and from implants. They have mentioned Reptilian to me. I saw a Grey once in my room but am not sure what to consider actual because I know they like to trick and manipulate. The word Illuminati comes up a lot. I have been getting attacked both mentally and physically.

When the paranormal group came they tested me for EMF signals, and I was emitting them from the left side of my ear and my arm. The group has it recorded on a camera video phone. They tried reaching out to you and I was told to personally submit a report. I can ask for the video of the EMF when you reply to this if you need it, I am unsure as to the procedure you take.

I have been struggling and life has been very hard for me with all of these attacks. The attacks include pains in the head, chest pains, unwanted sexual feelings, heating of the body, loss of memory, feeling drained and tired, being kept awake at night, altering electronics such as music I'm listening to, nausea, and I need help. I have a MRI scheduled for Monday and dermatologist scheduled in late September for this bump in my arm but I am afraid of ethereal implants which they have mentioned and other types of influence that I am unaware of how to get rid of. Additional evidence such as video of emf signatures can be provided I just need to ask the paranormal group to send it to me. - MUFON CMS

A series of paranormal disturbances at a house in South Lanarkshire have been investigated by the police.

According to reports, a mother and her teenage son had been left "extremely distressed" after a series of "violent and unexplained" events at their house had forced them to reach out for help.

Police officers attending the scene had initially believed the case to be a mental health issue, but after experiencing the phenomenon for themselves they were so flabbergasted that they actually ended up calling the Catholic Church for assistance.

"The officers attended expecting it to be a mental health issue but they witnessed the lights going off, clothes flying across the room and the dog [the family's Chihuahua] sitting on top of a hedge," said a police source. "The officers called their superiors, who also attended, thinking the cops were perhaps being a bit silly. But it's being taken very seriously."

The mother and son have since left the house to go and stay with relatives while reports indicate that a priest has also visited the property to conduct a blessing.

"Officers with more than 20 years' service are saying they've never seen anything like this," said the police source. "It really is something that down-to-earth police officers are having trouble getting their heads round."

"How do you handle what, despite us liking to use the word, has been described as a poltergeist ?" Read more at Police contact Catholic Church after baffling ‘poltergeist’ report 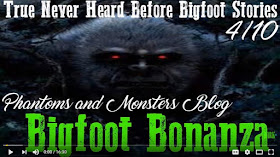 Bigfoot Bonanza Part 4 - Back from a much needed break Dark Waters continues on his historic run. This episode is a collaboration including stories from Lon Stickler's world famous blog Phantoms and Monsters.com. Dark Waters has partnered to recreate some of the best Bigfoot encounters the Blog has to offer. In addition you will find that Dark Waters is also now working with One of YouTube's top horror music producers Myuu. There is so much more to come!!!

Did an 1890s Hoax Foreshadow Livestock Mutilations of the Coming Decades?

The Murderous Ghost of the Chain Strangler

The Most Bizarre Cases of Serial Killer Elephants


Beyond the Seventh Gate: Exploring Toad Road, The Seven Gates of Hell, and Other Strangeness in York, Lancaster, and Adams Counties

Beyond the Prophecies of Mothman: Selected Letters From Paranormal Witnesses and Researchers