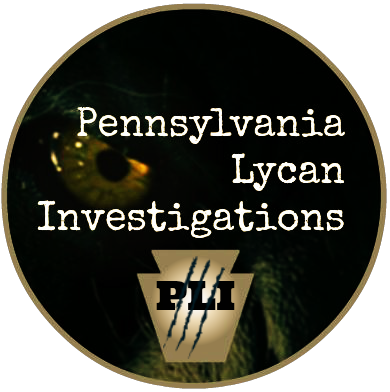 The Pennsylvania Lycan Investigations team will be in the following counties next week (Aug 8-13) following up on reports - Blair, Clearfield, Centre, and Cambria. The PA Upright Canine / Dogman map has been updated with the new reports in Homers Gap & Clarence. Lon 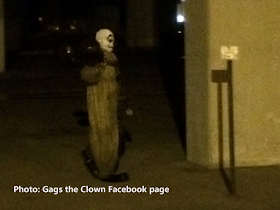 GREEN BAY, Wis. (WBAY) – A mysterious clown that seemingly came out of someone’s nightmares has been spotted in Green Bay, according to photos going around social media.

One Facebook tipster says it’s the work of a director who is making a short horror film.

Following are the latest reports submitted to me by fellow Texans who claim to have encountered large, black, long-tailed cats matching the classic description of a “black panther.” As I have stated here numerous times, there is not supposed to be any such animal. Despite this fact, Texans, and other people across the American South, continue to report sightings of these enigmatic felines. Read more at New "Black Panther" Reports

Lisa Tenney, a life coach, says she was sexually attacked by aliens when she was younger – but she loved some of them like family.

Abducted for the first time at the age of six, Lisa, 40, said the aliens came through her bedroom wall and took her with them.

She said: “They looked static, like particles and would solidify as they came through the wall.

“I would watch my body do the same thing and then I would move through the wall.”

Describing the alien creatures as humanoid – with arms, legs and a head, but no genitals – Lisa said they had large, black, oil-like eyes.

She added: “They have tiny ears and the mouth is there but really tiny. There was more telepathy than speaking.”

Lisa, from Idaho, US, thinks she was visited by several kinds of extra-terrestrials, including those from a government project she calls “MyLab”.

She found these encounters particularly frightening, especially when the MyLab beings would “aggressively” probe her genitals.

Lisa said: “There was no emotional connection. It felt like rape. It was not a good feeling.”

The other aliens that contacted her, however, were much more welcoming – Lisa even considered some to be family. Read more at ‘It felt like rape’ Woman 'abducted by aliens' as a child describes being probed

Eugene, OR - 2011-04-26: I was watching TV with a friend. Then I fell asleep on the couch. Woke up feeling like I was being watched. Then felt paralyzed. Couldn't move, tried to speak but couldn't. Tried to call for help, and could not. Looked with my eyes and saw a bright white light out the sliding glass door, that was behind the back of the couch I was on. Then 3 black figures emerged with glowing white eyes. No more than 3-4 feet tall, reminded me of owls. I tried to scream for help but couldn't speak. Then everything disappeared and I was able to move again. Ever since I have felt a sense of being watched and feel depersonalize symptoms - MUFON CMS