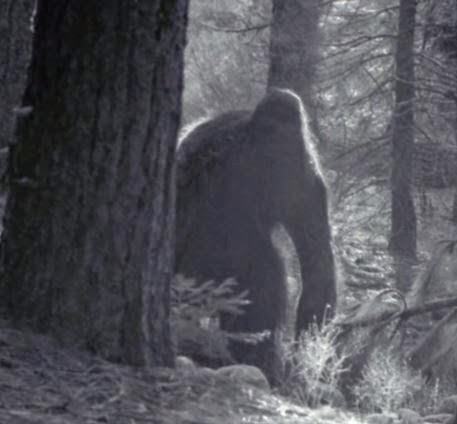 A man called in to tell of his sighting of two Bigfoot creatures while back-packing in Trout Lake:

“I had an encounter, about 1994 in the summer in the Cascades. It was, there were two objects there. I had a 40 pound back-pack, I was up by Trout Lake between Big Heart and Little Heart Lake, north Cascades. It was about a, I don't know, 6 or 8 hour hike back there. I never said this out publicly. Anyway, I saw these two objects. I thought they were bears because they were down on their all fours. And it turned out to be... I sat down to rest a little bit and I saw these objects. Then all a sudden I saw them stand up and I thought it was bears standing up on their hind paws. They were, I imagine, two hundred, three hundred feet away. And, so, anyway, after they had left, they walked away and, as I say, they were six and a half, five and a half feet, something like that. So when I got my courage up, I went over to where they were to see what they were doing and there were some wild strawberries and stuff there. They were kind of dark brownish colored. They were not bears. Definitely not bears because I've shot bears before. I was scared out of my pants.”

A video recorded in the Chapel of Saltillo in Mexico shows a statue's eyes opening all on their own.

The eerie clip, which was filmed back in June, went viral this week after it was uploaded online.

The footage primarily focuses on a large statue of Jesus which was present during a church service at the Chapel of Saltill, a historic building situated in the Mexican state of Coahuila de Zaragoza.

While it is difficult to see anything at first due to the footage being quite dark, on closer inspection the video does appear to show the statue's eyes opening for a few seconds before closing again, seemingly without alerting anyone else who was there at the time.

Whether the movement is actually paranormal in nature however remains open to debate.

A news report covering the story in Spanish can be viewed below. The actual footage itself can be viewed by skipping to the 26-second mark in the video. The eyes close at around 35 seconds in.

LOS ANGELES –- August 8, 2016 -– CBS Films announced today that it has acquired the U.S. distribution rights to WINCHESTER from Bullitt Entertainment and Diamond Pictures.

The film is being directed by Michael Spierig and Peter Spierig (Predestination) who wrote the screenplay for WINCHESTER with Tom Vaughan. Academy Award®-winner Helen Mirren (The Queen) will star, with Imagination Design Works’ Brett Tomberlin and Blacklab Entertainment’s Tim McGahan producing.

The film follows the story of firearm heiress Sarah Winchester (Mirren), who was convinced that she was haunted by the souls killed at the hands of the Winchester repeating rifle. After the sudden deaths of her husband and child, she threw herself into the 24-hour a day, seven days a week construction of an enormous mansion designed to keep the evil spirits at bay. But when skeptical San Francisco psychiatrist Eric Price is dispatched to the estate to evaluate her state of mind, he discovers that her obsession may not be so insane after all. WINCHESTER will take audiences inside the labyrinth like house that is believed to be one of the most haunted places in the world.

Added the Spierigs: “We were impressed by CBS Films' experience with the genre and their passion for and understanding of the material and know that they are the perfect U.S. Distribution partner for this film.”

Production will begin in March 2017 on location in San Jose and in Australia. CBS Films’ latest release, the acclaimed action thriller Hell Or High Water, opens in limited release this Friday.

About CBS Films:
CBS Films is a division of CBS Corporation. The division develops, finances, acquires, produces and releases theatrical feature films spanning all genres. For more information, log on to www.cbsfilms.com.

About The Winchester House:
For nearly 100 years, the Winchester Mystery House has stood as a testament to inenuity, persistence of vision and lore that surrounds its namesake, Sarah Winchester (heir to the Winchester Repeating Rifle fortune). A true pioneer who crisscrossed the United States via steam train many times during the waning days of the “wild west,” Sarah Winchester lives on in legend as a grieving widow who continuously built onto her small farm house to appease the spirits of those killed by the guns manufactured by her husband’s firearms company.

Sarah Winchester’s grand mansion is renowned for its many architectural curiosities and paranormal activity (In 2008 TIME magazine cited it among the “Top 10 Haunted Places”). From 1884-1922 construction never ceased as the original farm house grew into the world’s most unusual and labyrinth-mansion (24,000 square feet built at a then astronomical cost of $5 million), featuring: 160 rooms (either frozen in a state of arrested decay or resplendent in Victorian grandeur), 2,000 doors, 10,000 windows, 9 kitchens, 13 bathrooms, plus 47 stairways and fireplaces.

The estate is list on the National Register of Historic Places, is a California Historic State Landmark, a San Jose City Landmark and one of the leading attractions in the Bay Area. Additional information may be found at www.winchestermysteryhouse.com. 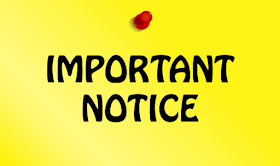 I am in the process of expanding 'Phantoms & Monsters' to other formats...allowing more access to the information I provide. For a number of reasons, it will become necessary that I monetize the blog beyond paid advertisements.

Over the past year and a half, my life has completely changed. Due to these variables, I am more or less dependent on others. I'm not going to go into specifics, but many of you who know me understand what I'm referring to.

'Phantoms & Monsters' is, for a lack of a better term, my legacy. I promise to keep it accessible, without cost to the readers, for as long as I possibly can.

I am eternally grateful to those who have helped me in the past...and who continue to support me. Lon
...or go to Paypal and use my email lonstrickler@phantomsandmonsters.com as the payee.
Donations by mail can be sent to:
Lon Strickler
514 Broadway
Hanover, PA 17331
**********

The Birthplace of Bigfoot

The Mystery Of The Rare Arabian Sand Cat

7 Strange Tales From the Wild West

Aliens in America: Conspiracy Cultures from Outerspace to Cyberspace