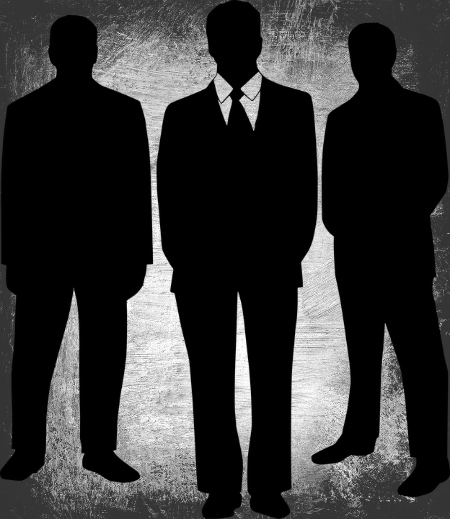 Mr. Strickler - I have read some of the black-eyed kids stories on your website. I had a weird incident in 2009 after we moved into our house in Fairfax, Virginia.

The morning after we moved into, our doorbell rang about 7 am. I answered the door and there were 3 young men, probably in their early 20s, dressed in black suits and ties. All three were very pale, which concerned me initially. But I then noticed that all three had very small black eyes. It was so weird that I just shuddered in fear. I didn't even wait to see why they knocked on my door. I immediately closed the door and yelled 'GO AWAY!'

I peeked out the side window at the door - but they were gone. In like 5 seconds, they simply vanished.

What could they have been? Did I imagine them? DD

Chris Conner and Mark Barton jump onto mud-specked mountain bikes and pedal down a dirt road so overgrown with weeds it seems forgotten by man. "Get ready," says Barton, a lanky, six-foot-four 63-year-old who moves as if he were in his 30s. "Last time we did this, I ran right over a water moccasin."

Conner, a compact 50-year-old with a drawl that seems more military than Southern, pedals alongside. He enlisted in the Army at age 17 and served in Bosnia, the Gulf War, and Afghanistan. "This area we nicknamed Creepy Hollow," he says over the rattle of the bikes, "and there's an area deeper in we call the Thunderdome."

Over the past three years, they've taken more than 50 rides and hikes into the Green Swamp, an 875-square-mile protected area that forms a massive uncivilized blob on the map between Orlando and Tampa. But they've never spotted another human being.

They have, however, encountered the inexplicable. "Last time we were out — I'm not kidding you — we heard a female," Conner says.

Barton adds, "They want to get close to you is what we think, because they're familiar with us. They have a great curiosity." Read more at Two Men's Quest for Florida's Mysterious Skunk Ape

Boats are killing manatees in Florida at a record-setting pace this year.

The Save the Manatee Club last week said cheaper gasoline, an improving economy, a mild winter and a hot summer have combined to put more boats on Florida waterways this year — with manatees caught in the traffic.

Discharges from Lake Okeechobee and runoff are adding to manatee woes in the Indian River Lagoon on Florida's east coast, where algae blooms are shading and killing sea grasses that are manatees primary food source.

All this comes as the U.S. Fish and Wildlife Service weighs whether increases in manatee populations in some parts of the state warrant moving the manatee from endangered to merely threatened status in Florida. Read more at Manatee deaths from boat strikes on record pace in Florida, with 71 killed so far in 2016

It was hovering above the fence in my back yard. It looked somewhat like a lizard, but had what looked like smooth mossy almost transparent skin. It had a long tail and wings that rippled like a stingrays wings. Including its tail it was probably 16 ft long. It didn't have arms or legs that I could see. Something was glowing inside of where the chest cavity would be. It had big wHite eyes and a head like a gecko.

It told me telepathically that I shouldn't be afraid because it wasn't going to hurt me. I just want to know if anyone has seen anything similar to this. - MUFON CMS

Latest Footage of ‘Triangle UFO’ May Be Clearest To-Date

This Smithsonian scientist’s death was a mystery; 150 years later, his skeleton helped solve it

Wars of the Anunnaki: Nuclear Self-Destruction in Ancient Sumer

Bloodline of the Gods: Unravel the Mystery in the Human Blood Type to Reveal the Aliens Among Us