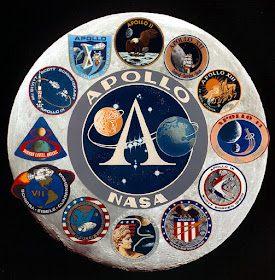 Please note all transcripts can be verified on the official NASA website.

Millions of people around the globe firmly believe UFOs and Aliens are a real phenomenon. But is there any real evidence to support their beliefs? The following NASA transcripts may be considered by many as enough proof to suggest Apollo mission astronauts saw ‘alien’ things on the moon.

While we still have not found conclusive evidence of their existence – we haven actually witnessed a UFO land, and aliens walk around saying hi, ew come in piece— at least not officially, there are many highly ranking government officials, military officers and even astronauts who have spoken out about alien life and the UFO phenomenon indicating that it is real as it gets.

Back to school season is upon us, which means it's time for new school supplies, first day of school pictures, and that dreaded four-letter word: lice. But this year, it's not just exposure to regular lice that parents have to worry about: There's now a treatment resistant "super lice" that's spreading across the United States.

A whopping 42 out of 48 states tested are overrun by this so-called super lice, according to a study published in the Journal of Medical Entomology. In these 42 states, according to NBC's Today show, 100 percent of the lice tested were resistant to over-the-counter treatments.

In six other states - New York, New Jersey, Michigan, Oregon, New Mexico, and North Dakota - some, but not all, the lice tested were resistant to over-the-counter treatments.

Alaska and West Virginia were not part of the study. - Mutant 'Super Lice' Outbreak Has Now Spread to Nearly Every State

Back in 1989 I was 19 & living in Fresno, California. I was riding in a car with my cousins on our way to a BBQ. It was the outskirts of town near Hwy99 and Shields. It was a summer sunset and I was riding in the backseat kind of zoning out looking out the window. It started to get dark and I was drawn to a radio tower that we were approaching. I was fixated on the red blinking light on top of the metal tower. We soon came to a stop parallel to it. As we waited for the light to change, I remember I was trying to make out the metal frame of the tower, but could not see it. It was at that moment I realized that we were no longer at a complete stop but driving again yet there the red blinking light was, still parallel to the car's position. It was maintaining the same speed as we were, I said to my cousins without taking my eyes off the light, "hey do you guys see this" I heard them murmur 'yes' as they too were staring at it. My cousin who was driving asked what we were talking about and we pointed to it. That's when the light turned from red to white and started to change speeds. My cousin stopped the car at a closed down gas station and we all got out of the car to get a better look.

It then broke apart into 4 smaller lights switching colors from red to white. They flew around for us it seemed for about 3 minutes doing an air show of some sorts. Very similar to fireflies flying and twinkling. It was a very elaborate display and I know of no aircraft that could do these maneuvers. One of my cousins pointed out they appeared to grow smaller and bigger in size. Then I realized they weren't getting smaller and bigger, they were flying far away and zooming back at an unbelievable speed. I said this and all of a sudden we all went from being in awe to feeling very exposed and vulnerable.

We scrambled back in the car and drove straight to our family's BBQ. Thinking back, what I find bizarre is that we did not speak of it in the car nor did we tell any family or friends at the BBQ. It wasn't until about 10 years later one of remembered and brought it up that we all talked about it for the 1st time. (After struggling to remember ) and that's what REALLY freaks me out... Why did we all behave that way? How could we all have forgotten the incident? . . . 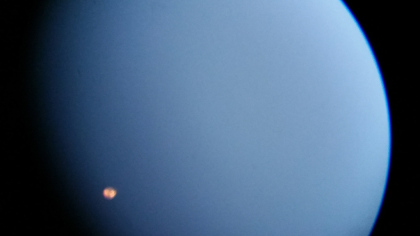 What Was Seen Over Pittsburgh?

PITTSBURGH (KDKA) — A mysterious object spotted in the skies over parts of the Pittsburgh area caused quite a stir Thursday evening.

KDKA received some calls into our newsroom about it, starting around 8 p.m.

People reported seeing a shiny, silver object in the sky. The reports were coming from areas west of downtown.

“Around 8 p.m., we were looking up into the northern sky and saw what looked like just to be a bright, silver object in the sky, and then after we got a telescope on it, it looked like it was a clear balloon that was catching the light as it moved from west to east,” said Russ Moll, of McKees Rocks.

Moll says it was it a very odd sight in the evening sky.

“It stood out because it was before dusk and so the stars weren’t out yet, so it just really caught our eye,” Moll said. “You noticed it as being something out of the ordinary.”

“Then, we got a telescope out to try and verify what it was or see what it was, and to me it looked like it was a weather balloon or some other type of balloon that was released at some point that was catching the sun light,” Moll said.