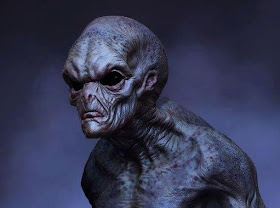 Muncie, Indiana - 9/6/2006: “I’ve done seen more things throughout my life, more than any other child has in a lifetime!” It all started at the age of eleven, I just moved from Angola, Indiana planning to meet new people, and make new friends while finishing up my summer in Muncie, Indiana. It all started out great, on the third day I sought out to find new friends in the neighborhood, and eventually I was given a tour of the massive city on foot. Although I can’t remember him and his brothers name, they had lived a couple houses down from me. They were much older than me, the one was tall and skinny, while his brother was short and stalky. Supposedly their dad worked for the CIA back in the day or something like that, I never really believed them! Tom my mother's boyfriend worked at the popcorn factory making tons of different popcorn flavors, pretzels, with white chocolate, and dark chocolate covered pretzels. Sometimes he would bring some home with him, after I was finally settled in with my mom and her new boyfriend we decided to watch American Dad and eat some caramel popcorn that he had brought back from work. We had a blast at first until a few days have past, it was hot and humid the day it all began to unravel. Tom came home from work, installed the air conditioner in my temporary bedroom, which was also our other living room, while my real bedroom was still a working progress at the time. He then took a shower and proceeded to go to bed with my mother as I sat up half the night watching Family Guy.

After a few hours of watching TV I began to get bored and yet tired, the air conditioner wasn’t working properly and it was really hot. I got up grabbed my blankets and pillows, turned off the lights and laid down on the couch in our living room. It felt like eternity trying to fall asleep. I eventually got so fed up with the heat, once again grabbed my blankets and pillows and headed to my bedroom, opened up my window and laid on the floor. Again it felt like eternity just laying there listening to all silence, as I laid there staring at the clock I began to hear someone or something walking through our driveway made up of rocks. I then figured it was my friends dad coming home from the bar playing a game of pool with his buddies. I then got up and proceeded on my tippy toes to say hello, not even I could hear myself walking across the wooden floor, I stood there by the window and slowly aimed my head out. I heard my neighbors Pitbull beginning to growl and bark, I seen her hairs literally crawl up her spine, as I stood there trying to understand what she was barking at. I knew what I was staring at from behind was not in fact, my friends dad! From behind whatever this thing was, it was tall, gray with long arms, long legs, big head, and walked faster than any other person I have ever seen in all my life. It then turned around, ducked behind my trashcan looking straight at me with them deadly looking eyes.

I was baffled by the fact that it knew I was there looking at him from behind, questioning myself. “What is that, is this really happening, how did it know I was here”. I stood there feeling like it was forever, staring deep into it’s big black glossy eyes. I then pictured seeing myself from where he was at literally seeing myself standing by the window while getting this feeling that it knew I was a child and it wasn’t there to hurt me. It then stood up continually staring at me, finally blinking , its eyes moved from both the left and right side meeting the middle of it’s eyes. As I stood there shocked at what I was seeing, it then turned around and walked away fast again, I remembered Tom had a camera in his office. I ran to his office to grab his camera trying to capture proof, I finally got to the room trying to get the camera to work and it was dead, and as for it, it disappeared into thin air…. Literally!

The night wasn’t done just yet, that moment before it all happened it was silent, all of a sudden every car alarm in the neighborhood went off as if an earthquake went off. There was no trembling throughout my house at the time until I seen a black helicopter passing over my house with a bright white search light, afterwards when all the cars finally went silent, I began to hear this strange whistling sound from thin air. I will never forget the sky's blood red color afterwards, the creature I seen, the dog barking, and the way it looked at me. “Of course I was scared, I was a child at the time, and didn’t know what the hell I seen”! Till this day it has always remained a mystery, and I plan to know exactly what the hell it was.

As the night ended I ran to my mother's room frantic about what I have seen, waking them up telling them everything, they did not believe me, leaving me with an answer “William you watch too many movies, go back to sleep”! I then stayed awake throughout the remainder of the night with my head under the covers in the living room. I finally fell asleep dreaming about 6 of them standing over me with a bright light doing unimaginable things to me, after that I woke up tired and nauseated, also shocked about everything I just witnessed, still convinced what I have seen was real. When I went to school, I told the kids about what happened on the first day, one kid called me crazy stating “Yeah right”! Months have past, even years, and I will never forget every last detail! I haven’t told many people about it since then, and I still see him in my dreams at times. No one can convince me that it was a man in a suit, me hallucinating or the simple fact that I watch too much movies. I know what I seen, I will never forget! I still ask myself to this day, was I in fact abducted. I will never know because of the fact, people usually have no recognition of there abduction.
What do you think? - MUFON CMS 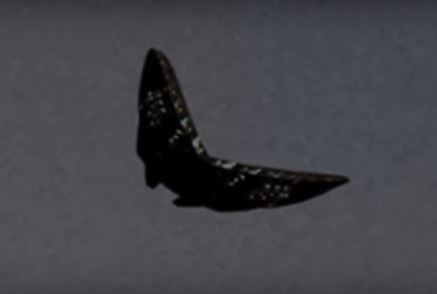 Footage and images have emerged of a 'metal butterfly' that was spotted by a father and son in the US.

One of the most unique sightings to have been reported in a while, the bizarre looking object appeared in the sky as the two men - Tom and Christopher - were leaving a local restaurant.

Grabbing their phones they managed to record several seconds of footage and a series of photographs showing the butterfly-like craft moving overhead and off in to the distance.

Tyler Glockner, who has been hosting the video on his paranormal-themed YouTube channel 'SecureTeam', is adamant that the object is not something that could have been built by humans.

"The reason I am calling this an alien craft rather than just a UFO…is in the stunning detail, where we can see the true structural characteristics of this ship," he said.

"And guys you take a look and tell me with a straight face this has anything to do with humans."

Others however are not quite so convinced. UFO researcher and author Nigel Watson believes that the object in the video could have easily been created using computer graphics software.

"It looks like it was produced using a model and CGI," he said. "It is a very distinctive looking object, it reminds me of the Millennium Falcon spacecraft in the Star Wars films with a bite taken out of it."

A man has been found guilty of attempting to murder a corpse.

The story, which was accepted by the court in Melbourne, Australia, goes as follows.

Daniel Darrington claimed he was having an argument with Rocky Matskassy, which escalated into a struggle.

A gun accidentally went off, with the bullet hitting Matskassy.

Thinking that the first, accidental shot had killed Matskassy, Darrington then shot him again.

Darrington’s defence barrister John Desmond argued in court that as it can not be proven beyond reasonable doubt that Matskassy was not already dead whent he second shot was fired, Darrington cannot be found guilty of his murder. ‘The issue is not did Darrington believe the man was alive. The issue is was he factually dead,’ Desmond said.

He went on to give some complicated legal-talk, but it was accepted by the jury.

‘If someone’s already dead and you then try to kill him, how can that be attempted murder?’ he asked.

‘But the law in this state is because you have the criminal intent to kill and if you, the accused, thought the person was alive, even if he was in fact dead, the law says that would be attempted murder.

‘So just to quickly repeat – if Matskassy dies as a consequence of the first shot, the subsequent deliberate shots into Matskassy are not murder.’

Darrington reportedly told police he thought Matskanny was still alive after the first shot, and that he fired the second shot ‘because the deceased was suffering’, according to the prosecutor.

The jury found Darrington not guilty of murder or manslaughter, however they did find him guilty of attempted murder (even though the man he was attempting to murder was already thought to have been dead).

He will be sentenced at a later date.

Plastic sheeting was found covering Darrington’s car interior, however he denied planning to dispose of a body, claiming that he wanted to take Matskassy to hospital but didn’t want to get his car covered in blood. - Man found guilty of attempted murder...of a corpse

Secret Pyramid Chambers: New Project Will Use Latest Technology to Search for Hidden Rooms in the Monuments of Egypt

Maybe It's Time To Stop Snickering About Aliens

Why do so many Russians turn to psychics?

Sapiens: A Brief History of Humankind

What to Think About Machines That Think: Today's Leading Thinkers on the Age of Machine Intelligence

How Star Wars Conquered the Universe: The Past, Present, and Future of a Multibillion Dollar Franchise