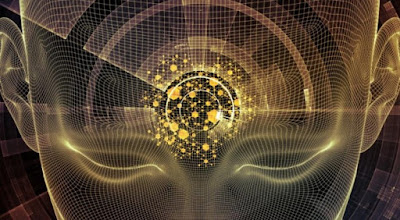 It is possible that our subconscious mind somehow “sees” events 1 to 10 seconds in the future. Before we are consciously aware of an event, our bodies may react with changes in the cardiopulmonary, skin, and/or nervous systems.

A meta-analysis of more than 20 experiments conducted by seven independent laboratories suggested we are subconsciously capable of “predictive anticipatory activity (PAA).” This analysis, titled “Predictive physiological anticipation preceding seemingly unpredictable stimuli: a meta-analysis,” was led by psychologist Julia A. Mossbridge at Northwestern University and was published in the journal Frontiers in Psychology in October 2012.

In many of the studies analyzed, the subjects were shown randomly selected images designed to be either emotionally evocative or neutral. Before the image was displayed, the subject’s body would already register an appropriate response. The strongest reactions occurred after the image was shown, but a slight reaction already registered seconds beforehand, suggesting a subconscious response to a future stimulus. Read more at We Subconsciously Predict, and React to, Emotional Events in the Future: Study

NOTE: Do we all have intuitive abilities? Could you react to an intuitive awareness? Lon 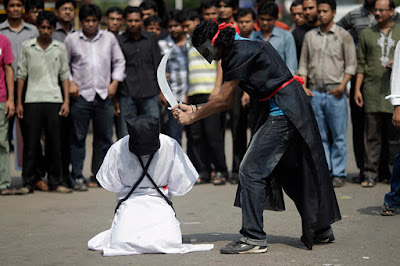 Saudi Arabia beheaded two people on Monday, taking the number of executions in the desert kingdom up to an alarming 100 in just the first half of 2015.

Under the Gulf kingdom’s strict interpretation of Islamic Sharia law, both crimes are punishable by death, and both men were subsequently beheaded on Monday, al-Taqm in the northern region of Jawf and al-Khalidi in the western province of Taef.

The latest beheadings take the number of executions by the Saudi government to 100, up from the 87 recorded AFP in all of 2014.

The rate of executions have made the desert kingdom the subject of intense scrutiny from international human rights organizations, including Amnesty International, which has referred to upsurge of beheadings as a "macabre spike."

The London-based rights group designates the death penalty for any reason other than "the most serious crimes" as a violation of human rights, and as such, it says Saudi’s judicial proceedings "fall far short" of global human rights norms.

With the execution rate in Saudi Arabia soaring to record highs this year, the government has reportedly beheaded five foreigners convicted of murder and robbery.

While the number is still below the record 192 executions held in 1995, should the rate so far this year continue Saudi Arabia will beat its own record and that of Iran and China’s.

Saudi authorities have attempted to defend the practice of capital punishment, hailing the executions as an example of the government’s commitment to "maintaining security and realizing justice" in response to the extremism sweeping the region from groups like the self-proclaimed Islamic State terror group.

But according to Amnesty International, it’s not just the number of executions that has become worrying, but also the circumstances behind them. An annual report released by the rights watchdog said that many people in the kingdom have been executed after unfair trials, with some defendants claiming they were "coerced or misled into making false confessions."

"Despite claims sometimes made by authorities about carrying out executions to deter terrorism and other violence in the kingdom, almost half of this year’s executions have actually been for non-violent drug related offenses," Amnesty’s Saudi Arabian researcher Sevag Kechichian told the Independent in March.

"There’s no real rhyme or reason for this upsurge in executions," he added, "and in a way, this makes it all the more alarming."

Kechichian called on Saudi King Salman, who assumed the throne in January 2015, to impose a moratorium on capital punishment and put an end to the kingdom’s gruesome record. According to Middle East Eye’s Husain Abdulla, the upsurge in beheadings is directly linked to the new Saudi King.

"These men have worked tirelessly to further conflate criminal justice with the authority of the monarchy," he wrote, "all while reasserting the government’s seemingly unshakeable commitment to authoritarian rule." - Grim Record: Saudi Arabia Beheads 100th Person This Year 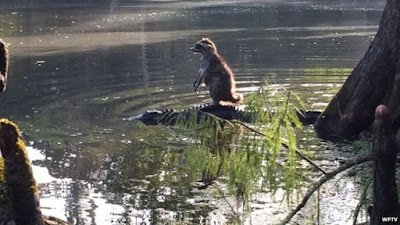 A man walking in a national forest in central Florida has captured a rare image of a raccoon appearing to ride on the back of an alligator.

Richard Jones was walking with his family in the Ocala National Forest when they spotted the alligator.

He believes his son startled the raccoon while trying to take a picture of the reptile.

The image has become an internet sensation since the photo was taken on Sunday morning.

Mr Jones told local television station WFTV that he "snapped a lucky picture right when the gator slipped into the water and before the raccoon jumped off and scurried away".

"Without the context you'd think the raccoon was hitching a ride across the river," he told the television station. 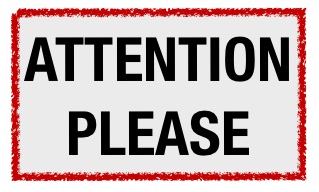 The Child Preachers of Brazil

'Antarctic UFO' spotted: ET-hunter claims to have spotted alien spaceship in the snow - or is it just a crevasse?

Is Bigfoot in Pennsylvania? Sightings reported for more than 150 years: Monsters of Pennsylvania

What’s Really Going on at Fukushima?

The Illuminati: Renegades of the Mystery Schools