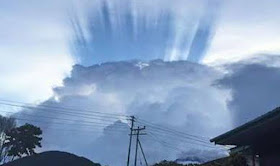 The strange phenomenon in Borneo led to sweeping speculation on social media over what the unusual blue rays were.

Some suggested it was a sign from the gods who locals believed caused the deadly quake after being angered by the 10 western backpackers who stripped off on top of the sacred peak.

The group, which included Briton Eleanor Hawkins, then posted pictures to Facebook.

One man posted online: "Does this blue light mean gods are still angry?"

Another villager told a local newspaper: "The sky was bright as if there was a rainbow, but unlike a rainbow, it was all striking blue. We have not seen anything like this before."

Although the rainbow only lasts a short while they are a striking blue colour, according to many observers.

Scientists agree the light was linked with the earthquake, but believe there is a valid explanation, other than a sign from above.

The blue rays are known as the 'blue rainbow' and are believed to be a phenomenon that is usually associated with areas recently hit by earthquakes.

The 6.0-magnitude earthquake took place on June 5 in Mount Kinabalu and Kinabalu Park, a protected area and world heritage site, in the Sabah area, on the island of Borneo, Malaysia.

On social networks several people, such as Rina Ripau from the nearby village of Ranau, uploading images of the rainbow to their Facebook profiles when they started from last Thursday, a week after the Mount Kinabalu earthquake.

Local geologists describe it as a "blue brushstroke light".

According to experts, the generation of this light involves the ionization of oxygen in some types of rocks due to high stress before, during and after earthquake and other seismic activities. - Express

7/23/73: My wife and I were returning to Fort Benning Georgia on hwy 280, from visiting my grandmother in Cordelem Georgia. I was a major in Army medical corp. We had our one year old in the car.

We were the only car on the road then at 11pm or so. We saw an orange orb or ball of light coming over the trees from the right of the road. We were both alarmed immediately and yelled out. I slammed on brakes to avoid going right under it. It appeared to be 100 feet ahead and about 30 feet in diameter with the bottom of it about 40 feet over the road. I backed up some. We were scared. The orange orb appeared glowing and uniform without sound or other features. It appeared to be moving steadily at about 1 mph and we observed it for about 2 minutes before it disappeared over a line of trees about 100 feet from the road to the southwest. It always appeared to be about 40 feet over the road.

When it was gone from sight we sped out of there towards Columbus, thoroughly shaken up, discussing what we had seen. We had no explanations, just fear and thankful that we were safe. We checked the news but it was not in the papers, and perhaps no one else had seen it. - MUFON CMS 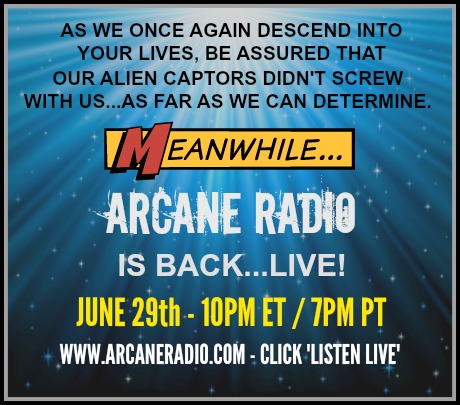 A three-bedroom house has had its rental price reduced thanks to the presence of a disruptive ghost.

The building, which is situated on Pickwick Street in Liverpool, has gained a reputation for being haunted following stories of strange occurrences experienced by previous tenants.

The alleged ghost, which has become known as the Pickwick poltergeist, is said to have been responsible for the haunting of several different properties on the street over the last 100 years.

"There have been stories about a very unusual poltergeist on Pickwick Street that date back to the 1880s," said paranormal expert Tom Slemen. "It's unusual in the fact that it seems to get around – most ghosts stick to haunting one property, but there a rare few who flit from house to house."

In one instance a landlady, Mrs Euphemia Nimlock, had reportedly been lifted out of her bed by an unseen force while the house of her neighbor, Ismael Jones, was shaken by violent vibrations.

Social housing group Plus Dane has confirmed reports of paranormal disturbances at the property and its owners have warned potential tenants about it in its listings online.

"Plus Dane received reports of unusual activity at this property in 2008 and worked with the tenant involved to look at ways in which we could help," they wrote. "As part of our approach of being open and honest, we wanted to make anyone interested in this property aware of these past reports."

Whether anyone will be brave enough to move in to the building however remains to be seen. - Yahoo

Hi folks...we want to sincerely thank each and every one of you for your continued support. We're still a substantial distance from the goal we need in order to get us over the initial hurdle of medical bills & expenses. Please spread the word. Take care...Vanessa & Lon - Vanessa's Medical Support Fund 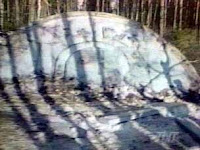 The Mysterious Ainu of Japan

Did 'ectoplasm' ever have any basis in fact?

Ship of Ghosts: The Story of the USS Houston, FDR's Legendary Lost Cruiser, and the Epic Saga of her Survivors

Here There Be Monsters: The Legendary Kraken and the Giant Squid