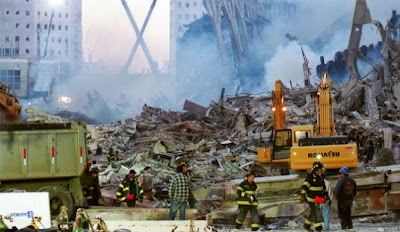 A retired NYPD officer who was tasked with sifting through the rubble of the 9/11 attacks to look for human remains, has claimed he saw a female ghost trying to help the recently deceased.

The Daily Mail reports that Sgt. Frank Marra, 48, has written a book called From Landfill to Hallowed Ground: The Largest Crime Scene in America

which recounts his experiences searching through ten tons of debris from the 9/11 attacks at the Fresh Kills landfill in Staten Island.

Marra claims that during his search, he saw a ghostly lady dressed in the style of a Second World Red Cross worker.

Marra, who served as a cop for 17 years, claims he was not the only one who saw the ghost. Volunteers who helped to identify the remains of 1,200 people who were killed during the attacks also insist they saw an African-American woman dressed in white like a World War II Red Cross nurse, and carrying a tray of sandwiches.

Mara, who now lives in New Jersey with his wife and three sons, initially thought the woman who he saw from around 50 yards away, was just another volunteer trying to help, and thought no more of it until he interviewed a retired crime scene detective for his book in 2013 and the interviewee recounted a tale of a famous ghost.

The interviewee asked him, “You ever hear the stories about the old Red Cross worker trying to serve sandwiches and coffee out by the sifters”

Marra explained to the New York Post that it suddenly dawned on him that he had seen the ghost in question.

“It hit me like a ton of bricks – I had put that dormant. And it just reminded me that I remembered seeing her.”

Marra explained, a psychic later informed him that the ghost dressed as a Red Cross worker was probably a spirit guide who was helping people make the journey to the afterlife in the aftermath of such a terrible disaster.

According to Marra, other volunteers who helped to reclaim 54,000 personal objects at the Fresh Kills landfill have also admitted to seeing other apparitions at the site, including shadowy figures and large black masses.

Marra believes that because of its association with the tragic September 11 attacks, the Staten Island landfill has now become a holy ground.

“As time passed we realized how many people’s ashes and DNA still remain at the landfill. It was clear this became a holy ground, a place of rest for many who would never be recovered, a cemetery without tombstones.” - Retired NYPD Officer Swears He Saw A Ghost Searching For Survivors In The Rubble Of The 9/11 Attacks

Thousands of snow geese fall dead from sky in Idaho

Avian cholera is suspected in the deaths of at least 2,000 snow geese that fell dead from the sky in Idaho while migrating to nesting grounds on the northern coast of Alaska, wildlife managers said Monday.

Dozens of Idaho Department of Fish and Game workers and volunteers at the weekend retrieved and incinerated carcasses of snow geese found near bodies of water and a wildlife management area in the eastern part of the state, said agency spokesman Gregg Losinski.

Avian cholera is believed to be the culprit in the deaths mostly because of the way the birds died, he said.

“Basically, they just fell out of the sky,” said Losinski.

He said biologists were awaiting results from a state wildlife lab to confirm the birds died of the highly contagious disease, which is caused by bacteria that can survive in soil and water for up to four months.

Humans face a small risk of contracting the disease but the more immediate threat is to wildlife in the vicinity of contaminated carcasses, Losinski said.

About 20 bald eagles were seen near areas where snow geese carcasses littered the ground but a lengthy incubation period makes it unclear if the eagles were infected and would carry the ailment elsewhere, said Losinski.

It was not known where the snow geese – named for their white plumage and for breeding in the far northern corners of Alaska, Canada, Greenland and Siberia – contracted avian cholera during a migration that saw them wing north from wintering grounds in the American Southwest and Mexico, he said.

Outbreaks like the one found affecting the migrating snow geese in Idaho occur periodically in the United States and elsewhere, Losinski said.

Avian cholera is the most important infectious disease affecting wild waterfowl in North America, according to the U.S. Geological Survey. - Thousands of snow geese fall dead from sky in Idaho 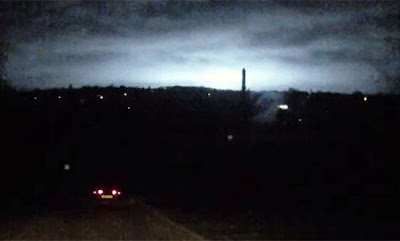 Mysterious flash in Russia caused by a UFO?

An intensely bright flash of light illuminated the night sky in Stavropol, a city in southern Russia, on Tuesday, March 17 at approximately 12:30 a.m.

Video of the mysterious flash was recorded by a motorist’s dashcam. The video shows a flash of blueish-white light in the distance that persists for three to four seconds.

No sound was heard in connection with the explosion of light. But the flash did reportedly scare several witnesses.

Russian media outlet RT reports, “Local residents have come up with various theories to interpret the incident – military exercises that are currently taking place not far from the scene, faults in the electricity net, Northern Lights, an asteroid and even UFOs.”

The unidentified flash allegedly “made some streetlights in the city go out, while being accompanied by the flickering of lights inside apartments and houses.” According to RT, power engineers have ruled out any issues with power supply lines. And the local Hydrometeorological Center concluded that the flash “can’t be attributed to nature.”

So what was it that silently lit up the night sky, interrupted electricity, and startled residents in southern Russia? Experts surmise that the flash originated on the ground. So if the source of the flash was an alien spacecraft, it either crashed quietly, or was doing something on the ground to cause the flash.

Hi folks...there have been a number of people asking me about Vanessa's condition, so here is her current status. She's had some battles with her potassium and magnesium levels, which required 3 more days in the hospital. There had also been some issues with the original surgical incision...which still requires daily packing & dressing. But that is healing nicely now. Her PET CT came back clear, so there are no current indications of cancer...but she still requires chemotherapy. This past Monday she had outpatient surgery in order to place a port for chemotherapy infusion, which she started this morning. She's going to need 24 weeks of treatment and she has volunteered to participate in a NIH clinical trial. So...that's where things stand for the moment. We truly appreciate everyone's support and thoughts. It's been a tough 2 1/2 months all around...but we're getting through it. Thanks...Lon

PS: I want to also thank those readers who have made donations. Lon 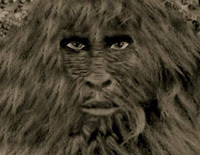 The Science of Superstition

Cat That Went Missing 2 Years Ago Is Found 2,000 Miles Away

Animal Reiki: Using Energy to Heal the Animals in Your Life