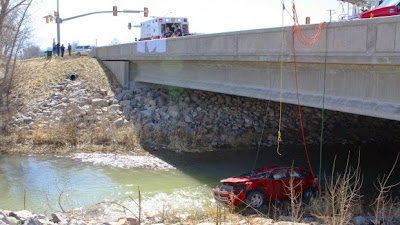 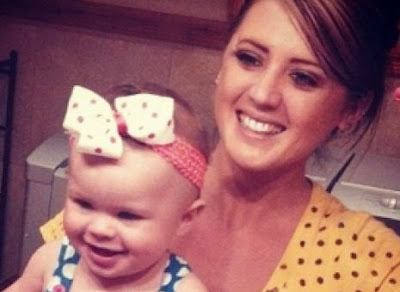 In a mysterious twist, four of the emergency workers involved in rescuing a US toddler trapped upside down for 14 hours in a car in a frozen river said they recalled hearing a voice calling for help as they neared the vehicle

However, when they flipped the vehicle, which had been resting on its hood, they discovered that nobody inside was capable of speaking.

We know there was some other help there, getting us where we needed to be

"We were down on the car and a distinct voice says, 'Help me, help me,'" Officer Bryan Dewitt told the Deseret News.

Officer Tyler Beddoes added: "It wasn't just something that was just in our heads. To me it was plain as day cause I remember hearing a voice.

"I think it was Dewitt who said, 'We're trying. We're trying our best to get in there.'

"How do you explain that? I don't know," he said, adding that the voice didn't sound like a child.

"It was a positive boost for every one of us because I think it pushed us to go harder a little longer. I don't think that any one of us had intended on flipping a car over that day," Officer Beddoes said. "We know there was some other help there, getting us where we needed to be."

The 18-month-old toddler has improved to a critical but stable condition after she was trapped in a vehicle that plunged into a Utah river, according to police.

Authorities said that the girl's mother - who was the driver of the vehicle and was identified as 25-year-old Lynn Jennifer Groesbeck - was killed in the accident, which took place about 10.30pm local time on Friday. Ms Groesbeck had been visiting her parents in Salem and was driving to her home in nearby Springville, a suburb of Provo, Utah.

Authorities think Lily Groesbeck, who was strapped into her car seat throughout the ordeal, was able to survive temperatures below freezing because of the way the vehicle landed in the Spanish Fork River.

Johnson said that water also was able to flow through the vehicle instead of sweeping it away.

When a fisherman discovered the vehicle about 12.30pm local time on Saturday, the car was resting upside down in the water, police said. Authorities responding to a report of an abandoned vehicle were shocked to discover the toddler strapped into her car seat.

The water was so cold that seven emergency responders were treated for hypothermia after they entered the water to perform the rescue, according to local news station KSTU.

Investigators are still trying to determine what caused the vehicle to strike a concrete barrier before plunging five to seven metres off the roadway and into the river below, police said.

Friends have set up a GoFundMe page to help the family pay for funeral and medical costs. In less than a day of fundraising, the page had nearly doubled its $US8000 ($10,375) goal with more than $US15,000 in donations. - The Age

A pit bull attacked and killed a man who was trying to help the dog’s ill owner in a home in East Wheeling, W.Va., authorities said.

Wheeling police said Roy Higgenbotham Jr., 62, of Wheeling, was attacked by the pit bull shortly before 9 p.m. Sunday in a home in the 100 block of 14th Street.

The dog’s owner, David Wallace, 63, also of Wheeling, was also found dead in the house, according to police.

Lt. Phil Redford said police believe Mr. Wallace suffered a heart attack and that Mr. Higgenbotham was attacked by the dog as he tried to resuscitate the owner.

“This wasn’t a vicious, unprovoked attack from this dog,” Wheeling police Sgt. Gregg McKenzie said. “It was probably defending its owner.”

An official cause of death will be determined once autopsies are completed.

Police and other emergency responders were called to the home regarding a dog attack and had to force their way into the residence, where they found both victims.

Mr. Higgenbotham was badly injured and Mr. Wallace was unconscious. Both were taken to local hospitals, where they were pronounced dead, police said.

Ohio County animal control officers removed the pit bull from the home and it has been quarantined.

Because the owner of the dog is dead, it will likely be euthanized unless a family member comes forward to claim it, said Tom Oberdick, Ohio County assistant dog warden. A judge will make the final decision on euthanization, he said.

Mr. Oberdick said the pit bull cannot be put up for adoption.

Police said the pit bull was not on the Wheeling register of dangerous or vicious dogs. - Post-Gazette

Woman dies 36 times in one year from rare heart condition

Sara Brautigam has regular brushes with death and in one year was pronounced clinically dead 36 times.

The 21-year-old was diagnosed with Postural orthostatic Tachycardia Syndrome (PoTS) four years ago which makes her heart stop beating.

She experiences rapid palpitations that regularly cause her heart to stop beating and her blood pressure to plummet to what doctors record as clinically dead.

Sara from Doncaster, South Yorkshire, said each time her heart stops medics have to inflict pain on her to shock her into coming back to life.

She said: "When it happens paramedics try and do anything to inflict pain to try and shock me into coming back to life.

"A lot of the time I'll wake up with big bruises. On one occasion they ripped an acrylic nail off but that still didn't make me flinch."

Sara said that she has contacted people with PoTS, but none of those people's hearts have stopped.

The two combined resulted in her visiting A&E a staggering 64 times in one year.

"When I was still canoeing I had an attack in my boat and when I came around I was screaming before I knew it because I had somehow dislocated my shoulder and damaged my back while I was passed out."

But Sara - who has canoed for Great Britain - says she is determined not to let the conditions hold her back and is now trying to make a life as a burlesque performer.

She said: "There are signs before it happens - I'll feel dizzy or sick and really tired and then I feel as though I'm falling asleep.

"I can hear everything around me and feel as though I’m trying to shout but nothing is coming out.

"They say when you die your hearing is the last thing to go and that’s been my experience.

"After an attack I'll wake up and my chest will be killing and I’m really tired."

"I get asked it quite a lot, but there is definitely no bright light. Everything just goes black.

"You can still hear things and there is a voice in my head that is still active and still conscious and it is trying to communicate with those around me. I can remember what people are saying when I black out but have no other awareness of what's going on."

She was told she could no longer take part in the sport and her dreams of joining the Navy were also left in tatters.

Even getting a job and driving were affected by the condition.

She added: "I had ten years of being out every weekend canoeing and being so active and it all came crashing down.

"I piled on the weight because I couldn't exercise and was really upset. All my dreams came crashing down. I can't even work at the minute because I would need a job that could be very flexible.

"Then I was told I couldn't drive, it was like everything was being taken away from me.

"I lost a lot of friends, in fact I only have one friend from school. Everyone seemed to be too busy with their own lives to bother with me when I was diagnosed."

Sara was pronounced clinically dead 36 times in 2012 but has since thrown herself into burlesque chair dancing which she said "has given me a new lease of life".

She added: "I made so many friends and everyone is so friendly and welcoming.

"I didn't think I’d be able to do anything like his with my illness but everyone looks out for me at the class, I’ve only passed out once since I started.

"I'm determined not to let this beat me, joining the group has given me a life back.

"It might kill me but at least I'd die happy, for me I'd rather live to the full rather than live longer and be wrapped up in cotton wool - it’s all about quality of life." - Home.BT 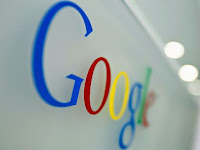 Google is looking for ways to extend life

No one could see the color blue until modern times

Night of the Living Coffins

Satanism, Witchcraft, and a Mysterious Murder

The Ghost Hunter's Survival Guide: Protection Techniques for Encounters With The Paranormal

Ghosts: A Natural History: 500 Years of Searching for Proof