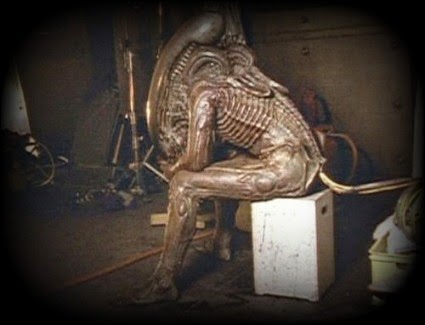 Wallingford, CT - 2/14/2015: Viewed many human like people and numerous craft of many different sizes. Some of the occupants came into our house but they were more curious than anything. I kept hearing people in our cellar and went to investigate. When I did, to my surprise, there were males, females, children, older male and female counterparts which I assumed are parents of the male and females of the Groups. I observed them outside in the back yard which goes into a field. Those people seemed to rise up and down our pine trees in our yard. In order to board the big crafts, they would rise up the pine tree which was 50 or more feet in size, like as if they were wearing and anti gravity device. In order to get into our home, they seemed to have some way of physically manipulating our windows locks and to raise up the windows without handling them. They seemed to be friendly but were cautious about revealing themselves to me. It took time for that to happen and when it did I met an unusual looking male occupant. When they spoke they talked at a very low level, now if I remember their lips weren't moving.

I have been talking with a man from MUFON in Manchester, CT by the name of STEVE, but I don't remember his last name and lost his number and contact info when my computer crashed. I need to get a hold of him and he needs to gather all this information. I CANNOT TYPE ALL OF IT, and there are problems with the aliens. They seem to think I had not looked after one of the children who died according to one of the grieving aliens. Its a LONG STORY and MUFON needs to gather this information before the come and get me!!! I'M FAIRLY ALARMED AT THE PROSPECT. I WILL EXPLAIN ALL WHEN MUFON CONTACT ME...PLEASE HURRY...I DON'T KNOW HOW LONG I HAVE...THIS IS ALL TRUE TO BEST OF KNOWLEDGE AND EXPERIENCE WITH THEM.

I could not get any photos as they would come and go quickly, and besides the camera on my phone would drive them away...MUFON CMS 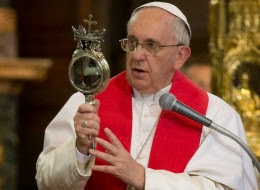 Pope Francis is being credited with a miracle -- or at least a "half miracle" -- after St. Gennaro's blood liquified in his presence in Naples on Saturday.

The saint's blood is usually dry inside of its sealed glass ampoule. However, after the pope kissed the relic, it began to turn to liquid.

“It is the sign that St. Gennaro loves Pope Francis: half of the blood turned to liquid," Cardinal Crescenzo Sepe, archbishop of Naples, told the cheering crowd, according to Vatican Insider.

“If only half of it liquefied that means we still have work to do; we have to do better," the pontiff replied. "We have only half of the saint’s love.”

The website reports that the blood continued to liquefy until the entire contents of the ampoule had turned to liquid, causing some in the crowd to weep.

St. Gennaro, also known as St. Januarius, was the bishop of Naples until he was martyred in 305 during persecution under the Roman Emperor Diocletian, Aleteia reports. In those days, it was common for Christians to collect the blood of their martyrs and keep it in the catacombs with the corpse of the deceased. The presence of the blood is an indication that the person had died a martyr, the website said.

The faithful believe St. Gennaro's blood liquifies three times a year if they pray enough: on the saint's feast day of Sept. 19, on the Saturday before the first Sunday of May and on December 16, the National Catholic Register reported.

The liquefaction of the blood has been documented for at least six centuries, AFP reported, happening up to 18 times a year in some cases.

Skeptics believe there is another explanation for the phenomenon. One possibility is that the blood liquifies when there are certain changes in conditions, such as when the relic is moved from storage to display.

While in Naples, Pope Francis also railed against organized crime and shared a meal with prison inmates, including some who have AIDS and some who are transgender. - THP

A “shiver” (that’s what the U.S. Geological Survey calls a large group of sharks) is much closer to shore than normal near northern Singer Island in south Florida. Hundreds of blacktip and spinner sharks can be seen in a video that was taken.

George Burgess, director of the Florida Program for Shark Research at the Florida Museum of Natural History in Gainesville, said there are about 25 shark bites a year off the coast of Florida with a large majority involving blacktips. This is the time of year they head to the warmer waters off the coast. They’ll then head north for the summer.

Swimmers are 30 times more likely to get struck by lightning than bitten by a shark, according to the Florida Fish and Wildlife Commission. When a shark does attack a human, it’s most likely because it mistook a human for more natural prey, Burgess said.

“With this species, bites are a case of mistaken identity in which the shark interprets the movements of the human at or near the surface as being those of fish,” Burgess said. “Sharks have to make a quick decision. They grab at a splash and sometimes that splash has a human foot or hand in it.”

Burgess said blacktips, who are about 6 to 7 feet long, immediately release “on discovering that they’ve literally bitten off more than they can chew.”

There were 28 shark bites throughout the state in 2014, Burgess said.

Humans can help avoid shark bites by staying out of the water between dusk and dawn, not wearing shiny jewelry and keeping clear of areas between sandbars. - WOKV

Two former U.S. Army Medical Command civilian employees are looking for troops and veterans to share something they may be reluctant to discuss: near-death experiences.

Not "near-dying" events like when a service member was nearly killed and saved by advancements in combat medicine.

Rather, they're looking for the kind of episode in which a service member was badly injured and died, or came very close to it, before being revived — and in the interim had some sort of experience, like hovering over their own broken body, seeing a bright light or meeting a dead relative or even Jesus Christ.

You know, that kind of near-death experience.

San Antonio residents Genny Krackau and Jan Justice have launched "Light Stories: Beyond the Explosion" to solicit anecdotes from combat veterans who underwent a near-death experience, or NDE.

The two believe that by providing a platform for these troops to share their unique stories and aggregating them, they can help them feel less isolated, and consequently promote mental healing.

Krackau said the opportunity could help troops understand what they went through and how they can learn from it.

"Once they feel comfortable talking about their NDE and read other similar stories, they will realize they are not alone. Often, they don't want people to know what they went through because they may think they are weird or mentally messed up. That's unfair," said Krakau, a retired researcher and health systems specialist. Read more at Military Times 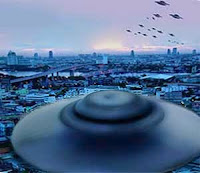 Aliens killed Kennedy! And other wild tales of UFOs vs. the USA

They still talk about the Minerva Monster

In Search of the Thylacine

Lost Technologies of Ancient Egypt: Advanced Engineering in the Temples of the Pharaohs