Seattle, WA: This is just a brief description of what I seen there is a lot more detail I can tell about this. This happened in the fall of 2013.

I tried to learn how to use a 3D graphic program to try and recreate what I seen so I sending a picture that I crated in Auto-desk mud box. I can describe all of this better by mouth...their skin, their eyes, their bodies and other things I seen in the for ground and back ground. There skin had strange properties.

I seen them from my living room window the binoculars under a tree that was unusually covered with lichen. They where about 3 feet tall and just stood there first there was one looking towards me in the direction of the sun. I could not believe that I was seeing. I looked again and there where too of them now standing beside each other.

It scared me. they where camouflaged to the background. It was like they where in a clearing under the tree. It was like I was seeing another dimension. I looked at them for a long time all of a sudden they where gone I kept watching and they appeared then disappeared. Then appeared and stay for at least 2 hours I kept checking back and they where still there so I decided to go take a shower thinking that I must be hallucinating but when I came out of the shower they where still there looking toward the sun in my direction. I wanted to tell some one but there is no way that they would see what I was seeing because they where camouflaged like a reptile.

They had big round eyes, too holes for there nose and a slit for a mouth. Their skin was like scales that changed colors matching the background.

There are a lot more details. Some things I seen and felt before I seen them.

I believe there is some thing going on under ground in this place. I could here vary strange sounds in this place seemed to be coming from the underground.

Ps. there is a lot more detail I can describe.

This happening will not leave my mined...it is driving me crazy.

When I searched the internet I saw that there are other people that have seen the same type of things. This place is by Boeing Airfield in south Seattle. - MUFON CMS

Authorities were looking for a car that had been parked in front of the Greeneville Wal-Mart "and the driver had stated that there was a bomb in the vehicle," the report said.

Police attempted to stop Edwards, who was headed toward Washington County on East Andrew Johnson Highway.

Edwards "failed to stop for blue lights and siren" and was pursued to his Rheatown Road house, the report said.

Edwards got out of the car and allegedly ignored officer commands. He "was taken control of and placed on the ground," the report said.

"The subject stated that he had seen demons and that someone had came into his home earlier in the day and injected him against his will in the left arm with a syringe," the report said.

A records check showed that Edwards had previously been declared a habitual motor vehicle offender.

Nairobi, Kenya - A school bus driver died after drinking a potion brewed by a "witchdoctor" to prove he had not stolen books, sparking angry protests from villagers, a report said Tuesday.

The school directors in a village in Kisii County hired a witchdoctor to seek out the thief of school books, with the driver volunteering to drink a potion to prove he was innocent.

"The driver was dared... to prove his innocence by drinking the mixture," local police chief Simon Kiragu told the Daily Nation newspaper.

"The 33-year old collapsed and died immediately after the drink."

Furious villagers then took revenge on school leaders by torching the school bus and the deputy director's house. - Nation

“I’d like you to give my love to my family and friends.”

Theodore Robert Bundy was a famous American serial killer who raped and killed an unknown number of women in the 1970’s. He was executed by electric chair on January 24, 1989.

“Tell me. After my head has been chopped off, will I still be able to hear, at least for a moment, the sound of my own blood gushing from the stump of my neck? That would be a pleasure to end all pleasures.”

Peter Kürten was known as the “The Vampire of Dusseldorf,” thought to have killed nearly 60 people in Germany. He beat, raped, and drank the blood of at least one of his victims. He was executed by guillotine on July 2, 1931.

Serial killer Jeffrey Dahmer was known as the “Milwaukee Cannibal” after raping and killing 17 men and boys during the 1980’s. His murders involved cannibalism and necrophilia, as well as, preservation of body parts. Dahmer was convicted and sentenced to 16 life in prison terms. However, on November 28, 1994 he was beaten to death by a fellow inmate.

“I’d just like to say I’m sailing with the rock, and I’ll be back like Independence Day, with Jesus, June 6th. Like the movie, big mother ship and all. I’ll be back.”

Aileen Wuornos killed seven men between the years 1989 and 1990, and tried to convince the jury she was defending herself against rape. She was executed by lethal injection on October 9, 2002.

“Hurry it up, you Hoosier bastard! I could hang a dozen men while you’re screwing around!”

Carl Panzram, infamous serial killer, was as impatient as they come waiting to die, saying “Hurry it up, you Hoosier bastard! I could hang a dozen men while you’re screwing around!” Probably not something you should say to your executioner.

Did you know the murderer Gary Gilmore inspired the Nike quote “Just Do It?” He was the first to be executed after the U.S reinstated the death penalty in the 70s, saying “Let’s do it!” before he was shot. Well someone went into their execution with the right attitude!

“How’s this for a headline? ‘French Fries’.”

There’s nothing better than making light of your own execution, which is what James French did before the electric chair, saying “How’s this for a headline? ‘French Fries’.” Only someone with serious mental problems would make a joke out of their own execution.

“Where’s my stunt double when you need one?”

After a carjacking murder, Vince Gutierrez was put to death but not after some long winded last words including “where’s my stunt double when you need one?” Crazy much?

“Well, gentlemen, you are about to see a baked Appel.”

George Appel was a man who loved puns. So it’s no surprise his last words while sitting in the electric chair were “Well, gentlemen, you are about to see a baked Appel.” How punny.

“I did not get my Spaghetti Os, I got spaghetti. I want the press to know this.”

Inmate Thomas J Grasso had a bizarrely long list for his last meal, including a can of Spaghetti O’s. His last words were “I did not get my Spaghetti Os, I got spaghetti. I want the press to know this.” Yes, I’m sure the press really cared.

“I think that governor’s phone is broke. He hadn’t called yet.”

After having his execution postponed three times due to the Governor, this time David Matthews said “I think that governor’s phone is broke. He hadn’t called yet.”...Yeah, that’s what happened. 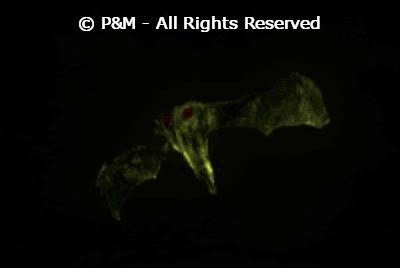 The article appears in the February 2015 edition of 'Super Mystery Magazine' published by Gakken Publishing in Osaka, Japan - Photo: Flying Cryptid - Six Mile Creek Park, PA. I permitted the publication after a formal request was made. 'Phantoms & Monsters' is reaching into the Far East!

Hi folks....it's a good day. Vanessa's oncology surgeon said the cancer was isolated to the tumor...lymph nodes were clear. That's a lot off our minds. Still some testing and possible chemo...but all in all, it looks promising. Thanks again for your thoughts. Lon 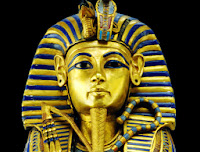 King Tut's beard snaps off, is hastily glued back on

Did Bigfoot Really Visit Minerva in 1978?

Long-hidden clue may solve mystery of 'Lost Colony of Roanoke'

Children That Emerged From Underground Realms - A Parallel World?

American Sniper: The Autobiography of the Most Lethal Sniper in U.S. Military History

History Decoded: The 10 Greatest Conspiracies of All Time