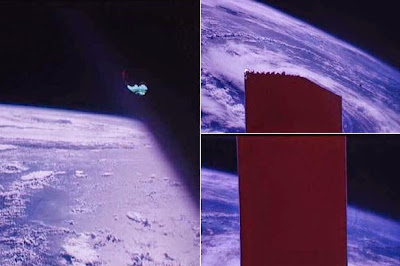 Did NASA hide UFO with DUCT TAPE? Apollo astronauts accused of cover up

Astronauts then whack a piece of sticky tape over camera lens, neatly blocking our view of the strange object.

A UFO hunter found the images in footage from the Apollo 7 mission, which featured the first ever live broadcast from space.

The spaced-out blogger claimed the image showed "aliens viewing human history being made".

"Look at the detail of the ship," the space cadet wrote. "It's made by a species far more advanced than us and its design looks nothing like most of us would imagine it to be. It is beautiful."

Some oddballs claimed the UFO could even be an angel, whilst others were certain the images showed NASA trying to prevent humanity from knowing about alien life.

"There's def something being covered up here," one UFO enthusiast wrote. "No pun intended."

"The tape is nothing sinister," wrote an anonymous commentor. "It is just the usual tape which holds the end of the film reel to the spool. I used to process film back in the 70's and many brands used adhesive tape in this way."

We have asked NASA for comment and will update you if they provide an explanation. - Mirror 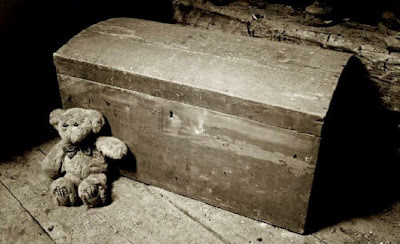 Man Sells Ghost In A Wooden Chest On Craigslist

Adventurous consumers can purchase just about anything on Craigslist these days, including possibly “p**sed off” ghosts residing inside ordinary wooden chests.

The folks over at the Huffington Post caught wind of a guy who attempted to purchase some kind of supernatural entity residing inside a cramped wooden container from a seller on Craigslist. Unfortunately for the would-be ghost owner, the man sold it to another prospective buyer before he could close the deal.

The story of the Craigslist ghost first appeared over at Barstool Sports. According to a guy named Dan, he stumbled across someone selling the spectral being for $300. This included the aforementioned wooden container, which the ghost apparently called home.

Check out the listing’s description below.

“I have a male Ghost for sale. He came into my house when I purchased a old wooden chest. He is attached to the Chest. The chest comes along with the Ghost. He is attached to it. What ever room I put the chest in, he hangings around it. If I try to hide the Chest, he searches for it and even gets mad if he can’t find it for awhile. You get the chest and the Ghost for $300.00.”

After emailing the seller some questions — including if the ghost was a Green Bay Packers fan — Dan began a curious conversation with the seller. Unfortunately, the price of the ghost jumped from $300 to around $1,000, much to the would-be owner’s dismay.

Here’s what the ghost’s handler had to say about the entity in question.

“Hi there. I cant answer any of your questions, and if you showed up with $1000. I would not and could not sell to you. This is serious. I p**sed it off once and it hurt me. I have pics. I have also played around with it and had a little fun. I have a video of that. If I try to send it off with just anyone, it will hurt me. I am not a quack and this is real.”

Unfortunately, according to the seller, the Craigslist ghost ended up going to another individual. You can read the entire exchange by heading over to Barstool Sports.

This isn’t the first ghost-related ad to pop up on Craigslist. Total Sorority Move recently spotted a listing for a possibly haunted college house.

“The ad in question presented a relatively normal college house: old and slightly decrepit with low rent and a crushed red Solo cup on the front lawn. Nothing strange there. Upon further inspection, I noticed the title of the ad read ‘1 Bedroom / House / West Campus / Pool / Possibly Haunted.'”

Man Cooked To Death In Sauna When Timer Malfunctions

NORTH MIAMI BEACH (CBSMiami) – A South Florida family is grieving following the sudden death of their loved one.

Dennis Antiporek, 68, left a note Sunday night saying he was going to the sauna. Hours later, when he hadn’t returned, his daughter went to look for him.

“When I opened the door, I looked and there was a black man in the sauna. It wasn’t my dad so I shut the door and I looked, the clothes hanging it was his clothes,” said Lara Antiporek, Dennis’s daughter.

Ronnie Antiporek, Dennis Antiporek’s wife, can’t get the image out of her mind.

“I close my eyes and I just see his face charred,” said Ronnie Antiporek. “And this sounds horrible, but there was skin on the floor and on the bench and we shouldn’t have had to see that.”

She says Dennis was her high school sweetheart. He died just shy of his 69 birthday and their 50 wedding anniversary.

The family has hired a lawyer who plans to file a wrongful death lawsuit against the management company and the condo’s homeowner’s association, Eden Isles Condominiums.

The family’s lawyer believes the timer in the sauna failed to shut off the heat.

“First and foremost, we want to make sure that this community maintains a level of safety for all residents,” said Attorney Joseph Madalon.

CBS4 reached out to Elite Management—in charge of care for the sauna. The company had no comment.

The association did not answer when CBS4 called for comment.

All though Dennis Antiporek’s death was first classified as a natural, his body has been turned over to the medical examiner’s office for an autopsy. - Miami.CBS Local 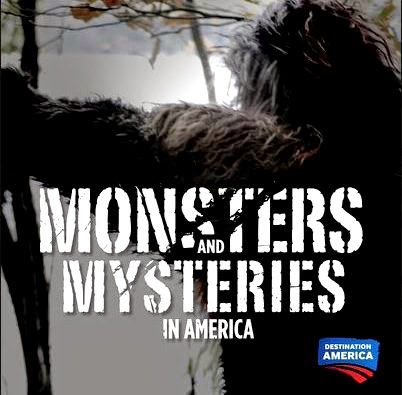 Hi Lon, I wanted to personally let you know that MONSTERS & MYSTERIES IN AMERICA is back on the air. We’ve moved to Saturday nights channel at 9pm [8c]… so hopefully our audience will find us.

Hoping you can let your network of contacts and fans know that MMA is back on the air on Destination America tonight and Saturdays in January, February and March.

And thanks again for the great help you've provided with commentary and contacts this season. Ron

WOBURN, Mass. —A man who confessed to killing his mother and her two cats has been ordered to undergo a mental evaluation before a judge will consider a request to change his plea to guilty.

Matthew McAveeney, 46, of Winchester, has pleaded not guilty to murder in the beating death of his mother, Barbara, and to animal cruelty charges.

McAveeney fled Massachusetts after her slaying and was arrested in North Carolina in October. He later confessed to the crime on camera.

"To my mother Barbara McAveeney and to her cats, Pumpkin and Puffy McAveeney, I apologize deeply," he said to news cameras in October as he got out of a police van.

McAveeney also requested to amend the indictment to include the names of the cats.

"(The indictment) does not name animals that were killed. The animals were living beings; they had lives; they had personalities; they had identities. If I am going to be convicted of killing them, I would like them to be known for what they were and who they were by their names," he said.

The judge allowed the change.

McAveeney will return to court after a mental evaluation. The judge will decide then whether to accept the plea change request. - WCVB

2 Sheep Farmers Shoot and Bury a Bigfoot Body in PA

The Future of the Mind: The Scientific Quest to Understand, Enhance, and Empower the Mind

Physics of the Future: How Science Will Shape Human Destiny and Our Daily Lives by the Year 2100