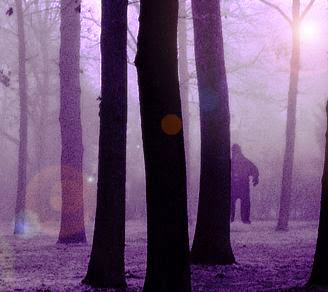 Two states led the nation in Sasquatch sightings, which have been on the decline since surging in the '00s.

Late on a dark night in May 2014, two hunters slowly traced I-90 back to their homes in eastern Washington state. It had been an unsuccessful turkey hunt in Kittatas County, and now the men kept their tired eyes fixed to the forested roadside for capricious elk and deer.

That's why they saw it—and slammed on the brakes. According to an investigative report, "the subject" exited the trees, approached their truck, and shuffled across the road in "what appeared to be a calculated execution... to avoid being hit." Shuddering, the men attempted to make eye contact with the rangy creature, but its face was so covered in fur that it was impossible. "It was not a person or a bear, absolutely not," one of the men wrote. "I have never feared going into the woods but will no longer do my 3:30 a.m. hunting trips for turkey by myself ever again."

It was the only Bigfoot sighting to come out of Kittatas County this year, or at least the only one officially described to the Bigfoot Field Researchers Organization (BFRO), a website that's tracked and investigated reports in the U.S. and Canada back to 1921. But with at least four total sightings in 2014, Washington tied with Pennsylvania as the year's leading state in Bigfoot sightings, according to CityLab's count of BFRO reports.

The Pacific Northwest has historically led the nation in cryptozoology, but the number in Pennsylvania marks a recent rise in Bigfoot (aka Sasquatch, Yeti, or Skookum) reports throughout the Ohio River Valley, central Florida, the Sierra Nevada mountains, and the Mississippi River Valley. Overall sightings are on the decline, however, especially compared to 2000-2009, when spottings spiked. Cartographer Joshua Stevens' remarkable 2013 map traces the century in Sasquatch, with a helpful inset that compares densities of population and sightings (the two are not always directly correlated).

Why the wild uptick between 2000 and 2009, and then the drop-off? The quick climb could have come from increased access to GPS, smartphones, and...Photoshop. But that's not substantiated, and the BFRO has not responded to a request for comment. Perhaps it's not their prerogative to explain, but merely document and investigate. Someone needs to, after all.