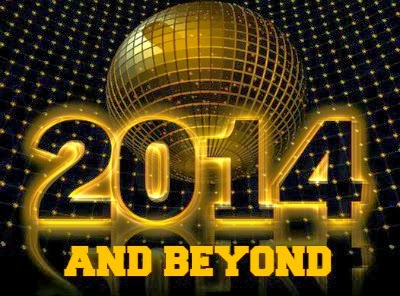 1 - I have recently sensed strong seismic activity in central China & southwestern Turkmenistan. As well, calamity on the coast of southeastern Brazil and southwestern Italy. I wouldn't be surprised if Mt. Rainier in the Cascades Range starts to awake.

2 - A major revelation in the paranormal world...I feel it will involve a cryptid and it's connection to otherworldly beings. It has been my belief, for some time, that many cryptids have a interdimensional and/or multiterrestrial connection. This is possibly 'wishful thinking' on my part, but I feel we are moving closer to a realization.

3 - A serious threat at a major sporting event during the Spring season (northern & western hemisphere). This has been bugging me for several months.

4 - Increased social disruption in Iran. Economic sanctions by the U.S. & the world will continue to cut deep into the Iranian economy despite talk of treaties.

5 - The news of social unrest in North Korea will soon reach the western media, prompting a stern response by the world who fear that the social collapse may motivate an attack on South Korea.

6 - 2014 should be an excellent year for those born under the signs of Gemini & Scorpio. Personal relationship opportunities will be available and long-lasting. If you have been planning to start a business...then do so early in 2014.

7 - Last year I mentioned that renewable energy will become an economic force worldwide. Backup battery storage, that charges up batteries for continued use after the wind or sun dies down, looks to be one source of renewable energy that offers a good viable alternative. Japan and China have led the way in developing this technology...but the U.S. and Europe will eventually surge forward.

NOTE: It amuses me when 'famous' psychics will point out their few 'hits'...but soon forget their many 'misses.' I am not going to post anything pertaining to specific deaths of celebrities & famous personalities. Frankly, I have never been keen on prophecy and predictions...but I do occasionally receive strong perceptions & inspirations. As well, a little bit of common sense & instinct goes a long way. Oh, BTW...President Obama is not the anti-Christ and not the head of the NWO. Those who promote the bad side of human nature will, as those before, fade away and soon be forgotten. Lon

World Almanac and Book of Facts 2014