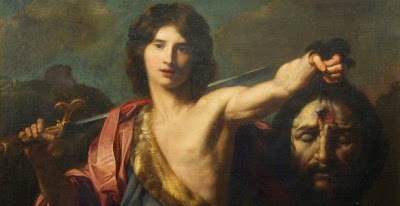 For years scholars have dismissed these two biblical figures and their kingdoms as mythological, but now the discovery of six clay bullae, which were unearthed during a dig at Khirbet Summeily in Israel, has offered the first direct evidence that there was a ruler in the region during the 9th and 10th centuries BC.

Although the seals do not reference David or Solomon directly, their presence adds weight to the idea that there was a government and political system active at that time.

"Our preliminary results indicated that this site is integrated into a political entity that is typified by elite activities, suggesting that a state was already being formed in the 10th century BC," said Professor Jimmy Hardin who has been excavating the area for several years.

"We are very positive that these bullae are associated with the Iron Age IIA, which we date to the 10th century BC, and which lends general support to the historical veracity of David and Solomon as recorded in the Hebrew biblical texts." Read more at Do these clay seals prove that biblical accounts of King David and Solomon are correct? Bullae found in Israel hint at political activity in 10th century BC

It's a mystery that has fascinated scientists and the public for decades: just what IS the ape-like creature - known as the Yeti - said to be stalking the Himalayan mountains?

Last year, a geneticist claimed to have solved the mystery when he said the Yeti was a distant relative of the polar bear, thought to have died out more than 40,000 years ago.

But new DNA analysis has thrown doubts on this theory.

Researchers have shown that the two hair samples analysed actually originate from a modern polar bear, and a type of rare bear native to the high mountain ranges.

The analysis suggests that the Yeti is not a previously unseen primate, nor is it a polar or brown bear hybrid as previously thought, but instead a sub-species of the Himalayan bear.

The original analysis was carried out by Bryan Sykes, professor of human genetics at the University of Oxford.

He set out to collect and test Yeti hair samples to find out which species they came from.

In particular, he analysed hairs from two unknown animals, one found in the Western Himalayan region of Ladakh and the other from Bhutan, 800 miles (1,287 km) to the east. Read more at Abominable Snowman mystery continues: DNA analysis reveals that the Himalayan 'Yeti' is NOT a polar bear's ancient cousin

Archaeologists have been excavating a gigantic burial site containing up to one million mummies.

The cemetery, which is known as Fag el-Gamous (Way of the Water Buffalo), has been a site of great interest for over 30 years.

To date the remains of more than 1,700 individuals have been unearthed however archaeologists believe that in total the site is likely to be home to upwards of one million bodies.

The cemetery dates back at least 2,000 years with most of the remains dating to between the 1st and 7th centuries AD.

Some of the deceased had been buried with items such as linen, glass and jewelry while others seemed to have been buried together with other members of the same family.

One recent excavation uncovered an abnormally tall individual around 7ft in height while another found the remains of an 18-month-old child with remarkably well preserved features.

The origins of the site however remain something of a mystery. None of the people buried there appear to have come from royal backgrounds and their remains exhibit varying degrees of mummification, most having been only loosely mummified by the dryness of the surrounding dirt.

It is hoped that, given enough time, the excavations will eventually be able to shed some light on the significance of this particular location and where the people buried there originally came from. - Egypt cemetery is home to a million 'mummies' 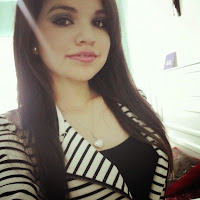 A nurse student, Kassandra Bravo was reported missing earlier this month after she failed to turn up to a baby-sitting job at a family friend's house.

Her mother raised the alarm after which the police issued a missing person notice.

Her body was discovered three days later lying in a ditch beside a road near the village of Las Cocinas in Mexico.

It was impossible to identify the body because her face had been stripped of her skin, detectives investigating the case said.

A post-mortem later revealed that she had been strangled.

The 19-year-old was murdered and then skinned by her stepfather whom she was planning to accuse of sexually assaulting her.

A friend reportedly told police that Miss Bravo had been planning to tell her mother Angeles Bravo, 41, that her stepfather Daniel Murrieta Sainz, 42, had been sexually abusing her since the age of 15.

The stepfather admitted strangling her and dumping the body but denied skinning her. - Emirates247 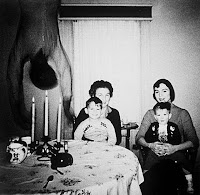 These 7 Mysterious Photos Have Never Been Explained... And Probably Never Will Be

Did Ancient Egyptians Have Airplanes? Mechanical Engineer Thinks So

Kim Jong Un Would Really Hate For You To Watch This, Which Is Exactly Why You Should

Nightmarish Invaders of our Dreams

The Secret Teachings of All Ages: An Encyclopedic Outline of Masonic, Hermetic, Qabbalistic and Rosicrucian Symbolical Philosophy

The Encyclopedia of Angels

Awakening to the Spirit World: The Shamanic Path of Direct Revelation