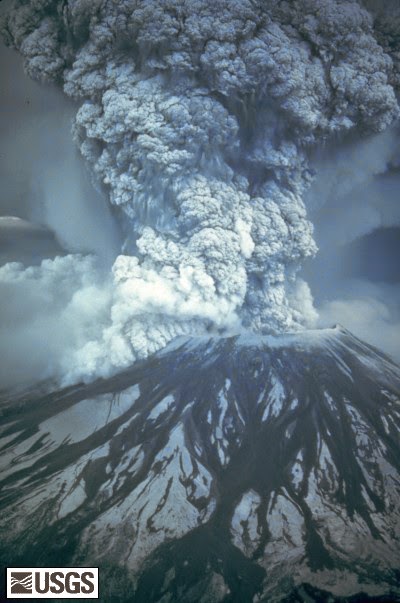 Is Mount St. Helens a Supervolcano?

Is Mount St. Helens a Supervolcano? According to findings from New Zealand scientists, Mt. St. Helens could be exactly that. Mt. St. Helens has been known for years as one of many volcanoes that litter Washington State and the "ring of fire" that works its way around the Pacific Ocean.

It's an interesting notion that has been presented by these scientists, which includes the theory that several of the largest volcanoes in the area are actually linked by underground caverns. What that could mean is that they all work together to form one large Supervolcano, and that Mt. St. Helens could be at the center of it all.

The thought process behind the article that these New Zealand scientists published in NewScientist, is that three of the major volcanoes in the area are linked by a deep column that leads to a pool of what could be molten rock. That pool of molten rock is theorized to connect Mount St. Helens to Mount Rainier and Mount Adams as well. That would make it one of the largest Supervolvanoes in existence, and hold the potential of a cataclysmic eruption that could be devastating. Such an eruption would be able to blanket the sky with ash and basically lower the temperature of the entire planet over a certain span of time.

So, is this a real thing? Could Mount St. Helens really be a Supervolcano? Well local scientists in Washington State aren't quite as certain as the visiting New Zealand scientists. A magnetotellurics specialist at Oregon State University stated that "Whether finding high conductivity in this area is evidence that there's really something unusual here is the thing that is more questionable." He also stated that part of the conductivity that the New Zealand scientists are seeing within the mountain is probably just water. He doesn't come out and simply refute what the New Zealanders found, but he does question how close to reality their theories could be.

Mount St. Helens has been seeing activity on and off for the past couple of years, and everyone in the area still remembers when Mount St. Helens erupted back in 1980. If what the New Zealand scientists have found turns out to be fact, a Supervolcano eruption could be many times more powerful than the last one. Most of these findings (by both sides) are really just conjecture though, because not a whole lot is known about what is under these particular volcanoes. They could all be linked, or they could all be working separately, but there isn't a concrete test with which to prove that. For now area residents can look at this information, but may be forced to take it with a grain of salt unless they want to uproot their lives. - Yahoo.com

Salina, KS: This sighting took place in late August 2004 just after 6:00am. I always rode my mountain bike to for exercise, that day was no different, about 30 seconds after turning onto the last section of residential street of my route "someone" ran into the street about 25-30 feet in front of me, the entity was in a full sprint as if it's life depended on it, like something was chasing it, it came from the yard on the East side of the street, crossed the street in full sprint and entered the yard on the West side, the sighting lasted about 5 seconds, this entity was bi-pedal and about 1-1.5 feet tall wearing an earthy greenish brown hooded cloak, the only features visible were the ankle and feet, both clad in the same greenish brown color, once it entered the grass it visibly disappeared as if the cloak color shifted to match the grass, my first thought was "gnome"!?!, rational thinking told me gnomes don't exist, I was confused, but never told anyone of the sighting, cause I would just face harassment or ridicule, to this day I've never told anyone about it. I didn't report it sooner cause I only found out about MUFON three months ago, from time to time I would have flashbacks about the sighting, but for the most part I forgot about it, then last week on Youtube there was video in my "What to watch" list titled Alien Races: A-Z, so I watched it, then the second part listed a race named "Lang", it pictured two point eared human like entities, instantly I had a flashback of the encounter and said out loud "That's it! that's what I saw!", so I looked around the internet for "Alien race lang" and apparently Lang are source of Elven folklore, said to be about 70 centimeters tall (about 2 feet). - MUFON CMS

'How do I use this stone to improve my life?' It's a question I receive on a consistent basis. Crystals, stones, and gems (gemstones) are tools that can be used to stay focused on your goals and intentions. All of us have noticed that constant chatter in our minds when something in our life is worrisome. It's also present for those who are skilled in meditation and self-awareness.

These fascinating minerals from deep within the earth are gifts to distract us from those troubling thoughts. These gifts remind you to focus on what you really want...not what you don’t want or need.

Carry a stone in your pocket or purse...place it at a location where you will see it during the day. Place it on your night stand or in your pillow case before sleep. As you place the crystals or stones on or around you, place an 'intention' or thought...a direction as to why you are using that stone. Each time you touch the stone, examine it...or think of it. Use visualization. Remember why you are working with it and reaffirm your intention.

There are a myriad of crystals and stones that correlate directly to the energy centers of the body...the chakras. Each chakra holds mutually supportive beliefs, thought-forms, and consciousness stored on multiple levels...spiritually, physically, mentally, and emotionally.

Here are the 7 main chakras and some suggested corresponding crystals / stones. I will highlight those selections I regularly use:

May I suggest you obtain a guide on working with chakras. The Chakra Bible: The Definitive Guide to Chakra Energy

is an excellent starter handbook.

When choosing a crystal or stone, let its vibration come to you. Use your intuition and perception without looking at the description. Choose the stone by color, attraction and how its energy and touch sensation resonates. When the connection is made, then look at the name and description...then decide what this particular gift can do for you.

NOTE: As time goes on, I will go into greater detail on crystal / stone selection and various uses...Lon

Wheels of Life: A User's Guide to the Chakra System (Llewellyn's New Age)

Burned in Bed, Other Anomalies

Sprague River, OR - 10/22/2014: This report is really a combination of three events that were close together. Before 10/20 again when these things happen I couldn't sleep. I went outside and took a picture and this naked thing that was on the side of the house at about the same place where I found a footprint in case #54367. The image in the picture was almost naked except for what looked like a head scarf and had thick lips and a very crooked nose.

I was sleeping on the night of 10/21/14 and awoke on 10/22 with burns on both arms from my middle knuckles to about 3” below my elbows. The burns were on top of my hands and on top of my forearms. I did nothing the day before that would have caused this. It hurt pretty bad.

11/12 The cuckoo clock by our bedroom door and a battery operated clock in the guest room quit operating at the same time 9:05 P.M.

This past Sunday 11/16 {name deleted. trb] (my husband) couldn’t sleep. He said have you heard the noises in the house. I told him that I don’t pay attention any to them any more. The house makes a hell of a racket. The kitties are on the bed and we can see them stare at particular areas. They are scared stiff. There is banging, and crashing, as if something is jumping off a table or countertop. I said to [name deleted; trb] “and it is only at night”. He said “yes” then he checked himself and said “when you’re gone it has happened too”. He said that “there have been loud booms it’s as if the house is sliding off its foundation. I can’t tell where it’s coming from.” It’s like something is tearing the whole place apart.” I hate to be up especially at midnight to 1:00 A.M. but then again it can happen all the way until a little after 4:00 A.M. The rocking chair carries on with various noises. I purchased it in a 2nd hand store. I can hear a banging on my jewelry box, etc. This doesn’t happen all of the time though. 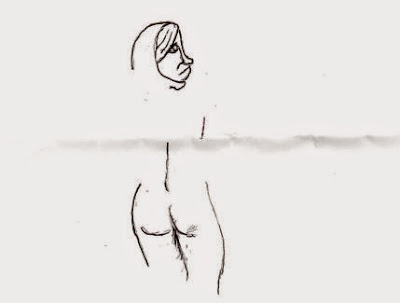 Hi folks...last week, I posted a small set of 'predictions' for 2015 and beyond on the blog. I'm not one for announcing prophecies / predictions...but when I receive a strong perception, I will usually make note of it. Readers have been asking me about previous predictions for the New Year...yes, these are all listed on the blog. I've been doing this for a few years. Again...this is not what I do, per se, but I do feel compelled to post very strong sensory perceptions when it happens. Happy New Year to all! Lon 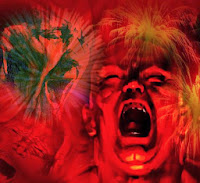 Not All "Demons" Are Demonic

5 Stories of People With Pre-Birth Memories

The "Supernatural" Book of Monsters, Spirits, Demons, and Ghouls

It Was a Dark and Creepy Night: Real-Life Encounters with the Strange, Mysterious, and Downright Terrifying

Prehistoric Monsters: The Real and Imagined Creatures of the Past That We Love to Fear