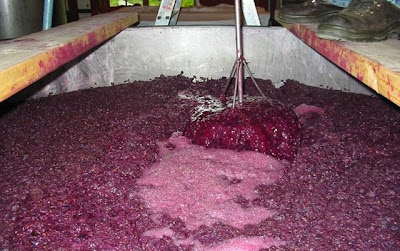 In the village of Salas de los Barrios, Spain, a 25-year-old fell to her death in a vat of wine.

The cause of death of Nerea Pérez, police believe, was because, upon visiting a wine cellar in the area, the woman was so overpowered by the fumes of the varietal that she briefly lost consciousness and then plummeted into the fermented drink.

Winemaker Raul Perez helped EMT workers retrieve the victim’s body from the vat, in which she had already suffocated by the time rescue authorities arrived to the scene.

Pérez was a socialist political figure in her hometown of Ponferrada, El Bierzo, which is making plans to honor her life and activist career. - Death and Taxes Mag 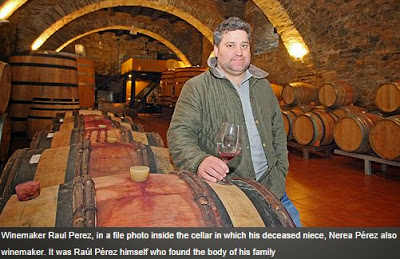 A woman (NPC 25) died this afternoon in the town of Ponferrada Salas de los Barrios to rush into a wine tank at that time going back.

From the 112 emergency service in Castile and Leon confirmed that at 12.23 hours received a call warning of an accident in a warehouse located Costanilla Street Salas de los Barrios. The young man had fallen to the tank came intoxicated by gases and could not leave it.

When you place a unit of the National Police, Fire Ponferrada-for removing the body of the girl and Health Emergency which sends a mobile ICU moved. Assistance is also provided to the victim's family, including his uncle, the renowned winemaker Raul Perez, who found the lifeless body of the young woman was.

Nerea Pérez, was also secretary of the Socialist Youth of Bierzo. mates PSOE in the Bierzo deeply regretted his loss in these tragic circumstances and moved a hug to your family and friends, as stated by its district secretary, Alvaro Gerardo Courel. "We regret the loss of a member of the Bierzo, a companion, which is more painful by the circumstances in which it was produced and its youth," said Alvarez Courel. Also, the candidate for Secretary General of the PSOE in Castilla y León, Julio Villarrubia, suspended all campaign events planned for tomorrow in León.

Villarrubia was due to visit a fellow socialist Bierzo in a ceremony in Cacabelos, including visits to the province of León, and adds to the "deep sorrow" over the death of this socialist Camponaraya, head of the General Secretary Young Socialists in the Bierzo region. "We will show deepest sympathy and send a big hug to your family, friends and the Socialist Youth of Bierzo," they added. - Info Bierzo

NOTE: I don't know the political climate in that part of Spain, but could there be some chicanery involved? Lon

Full Catastrophe Living (Revised Edition): Using the Wisdom of Your Body and Mind to Face Stress, Pain, and Illness

Healing After Loss: Daily Meditations For Working Through Grief

The Power of Positive Thinking