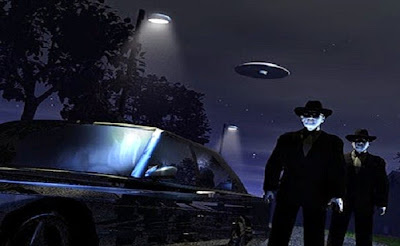 Houston, TX - 7/5/1981: My mother recently passed away from cancer at a very young age. This is unfortunate because I never asked for too many details from her regarding a sighting she had of a radar in a crop field and then a confrontation followed with MIB Agents that and I quote "Came out of Nowhere. All I remember is that she had come to some sort of dead end in a corn field while lost on her way back from work going home. I can't ask her the exact location anymore because she is obviously deceased. I guess I should also mention that she only came forward with this story while we were talking about UFOs together and she seemed genuinely frightened. It took her around twenty years to tell ANYONE this story at all. She got very tense whenever I would bring it up to talk about it. Again, my proof to you that this was a very intimidating and scary experience for her. Back to the story: she was on her way home when she came across a dead end near a crop type of field. Before turning around the vehicle she noticed a pulsating light and rotating radar type of machine that had the grass perfectly cut out from underneath it. Some sort of machine, from what she observed at that time. She said to herself something along the lines of "What on earth is that". She then looked up and saw a black SUV, that "came out of absolutely nowhere". They warned her that she should not be in this area and that she needed to leave. She tried explaining that she was only lost and they cut her off and gave her very quick and concise directions to get away from the vicinity. These men in black as she described them were very pale, we're wearing sunglasses, and had black suits on. Again this is all going off of the memory I have of my mom telling me the story. They had no identification whatsoever which really baffles me. If they were government why didn't they identify what agency they were from? All these questions are still weighing very heavily on me. I wish I could have asked her more about this story but she just seemed so frightened whenever I would bring it up so I learned to avoid it, she was also afraid no one would believe her. Please, if you guys can investigate this further for me. Any sightings similar to this please forward to me immediately. Thank you for your time reading my report. - MUFON CMS

The Creepiest Ghost And Monster Stories From Around The World

It's Halloween — a time for Frankenstein monsters and vampires and werewolves. But many of us have our own monsters from different cultures, and When we threw out a call to our readers asking what ghost stories and folktales they grew up with in their own traditions, we got back stories of creatures stalking the shadows of Latin American hallways and vengeful demons from South Asia with backwards feet. (And that's before we get to the were-hyenas and the infernal bathroom stalls.) Below are some of the best we've found or that were told to us from Code Switch readers.

Pope Francis recently expressed his approval of a group of exorcists meeting at the Vatican this week. While exorcisms, in which demonic spirits are driven out of a supposedly possessed person, may seem a dark practice relevant only on TV screens, they have long been recognized by the Catholic Church and several religions.

This week, more than 300 members of the International Association of Exorcists are attending the convention, which is focused on the impact of the occult and Satanism on people today, The Catholic Sun reported.

The IAE was founded in 1990 by Father Gabriele Amorth, exorcist for the diocese of Rome, and was formally recognized by the Vatican this past June. Read more at LiveScience

Police in Connecticut are investigating the discovery of two human skulls found at a dump on Thursday.

An employee at the Stamford Refuse Transfer Station reportedly found two skulls, a jawbone, and "several [10] books on Satan and witchcraft" while sifting through trash.

The worker initially thought it might be a Halloween prank, but the medical examiner's office confirmed that the skulls are human, WFSB reported.

"We've got some homework to do to find out where they came from and how they got to Stamford," Lieutenant Diedrich Hohn of the Stamford Police told the Hartford Courant.

Cops want to determine a cause of death and see if they can track down where the skulls came from.

The Hartford Courant reports that human skulls can be purchased on the black market or online from medical supply houses, but there's also the possibility that the bones could have been taken from a grave.

Earlier this year, police in Texas launched an investigation after someone tried to donate a skull to a Goodwill store. - THP 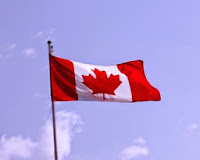 Six Women of Salem: The Untold Story of the Accused and Their Accusers in the Salem Witch Trials

Witches, Ghosts, and Signs: Folklore of the Southern Appalachians

Giants, Monsters, and Dragons: An Encyclopedia of Folklore, Legend, and Myth