Witch season kicks off in Salem

SALEM — October in the Witch City might seem like tourist territory, but this year there’s plenty of witchcraft-related events that even a jaded local could love.

Beginning tomorrow and building until the city celebrates Halloween on Friday, Oct. 31, Salem is slated to host a wide array of tours, speeches, balls, films, art shows and other events, much of it highlighting the region’s spooky past.

But nestled among the myriad events — all of which are outlined on a city website at www.hauntedhappenings.org — are numerous gems for the local who thinks he or she has heard it all before.

“There’s really something for everyone, and there’s something really great about being a tourist in your own backyard,” said Kate Fox, the city’s tourism czar. “Walking away and saying, ‘I lived next door all my life, and I’ve never done that. That was really fun.’”

Fox said the city is always trying to appeal to the local mindset, in part because a large percentage of tourists come to Salem in October with friends or family who live locally. Thus, locals find themselves at costume balls, on guided tours, at the Witch Museum — and loving it.

“You don’t have to be a tourist to enjoy these things; they’re fun for everybody,” Fox said. Read more at Gloucester Times

The loss of a sense of smell can predict death within five years, according to research published today in the online journal PLOS ONE.

The study was from the National Social Life, Health and Ageing Project (NSHAP) and involved more than 3000 US participants aged between 57 and 85. It was conducted by Jayant Pinto and colleagues from the University of Chicago.

They asked the participants to identify five common odours – rose, leather, fish, orange and peppermint – as a way of assessing the accuracy and robustness of their sense of smell.

After five years, the participants were asked to take the test again. During the five year gap, 430 participants (12.5% of the total) had died, with 39% of those who failed the first smell test dying before the second test. Of those who had scored moderately well on the first test, 19% had died by the second test, while only 10% of those who had a healthy sense of smell on the original test had died during the period.

Surprisingly, loss of smell was a more accurate predictor of imminent death than a cancer diagnosis, heart disease or lung failure.

However the researchers argue smell loss does not cause death. The smell receptors, on the tip of the olfactory nerve, are continuously regenerated by stem cells, which makes them unique in the human body. One hypothesis is that the production of stem cells falls away as we age, affecting our sense of smell and indicating the body can no longer repair itself. - Cosmos Magazine

So this was a few weeks back in senior year of high school, and after school on a Friday I was looking for a quiet place to get some studying done and I was wandering around and went into the choir hall, which is just one long hallway with many rooms off either side, so I'm walking then I get to the end of the hall and there is a door I've never seen before. I open it and inside is a well-lit room with mirrors covering all walls. I walk in and close the door behind me. I sit down at the piano and mess around for a while, and once I'm done, I proceed to walk to a door on the side that leads outside. I get outside and walk to my car that is nearby in the main parking lot. Short walk. I drive off and think nothing of it. Fast forward a few weeks and I don't feel like going home, so I'm going to play some piano then head home. I walk into the choir hall, and I walk all the way down, only to find a blank wall. This confused me, especially because there was a water fountain with the same sharpie mark on it as there had been outside of this mystery music room. I walked back up to the entrance, to double-check I was in the right place. "Choir Hall" looked back at me above the door in bold lettering. I walk back down, and there, like nothing ever happened, is this door. I try the handle but it is locked, so I look in and the room I knew was there. I can't figure out what happened, and now the room is there every time I check. - Reddit.com 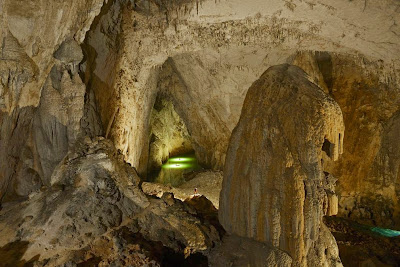 Devil worship on the man-eating mountain

The 6 Most Haunted Places In America Will Terrify You

Albatwitch is a Mini Bigfoot With an Arm For Apple Throwing

Waking Up: A Guide to Spirituality Without Religion

Carry On, Warrior: The Power of Embracing Your Messy, Beautiful Life

Adventures of the Soul: Journeys Through the Physical and Spiritual Dimensions

The Biology of Belief: Unleashing the Power of Consciousness, Matter, & Miracles