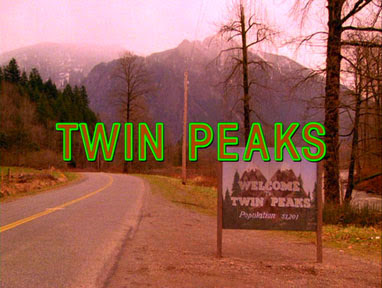 The groundbreaking television phenomenon, Golden Globe and Peabody Award-winner Twin Peaks will return as a new limited series on Showtime in 2016. Series creators and executive producers David Lynch and Mark Frost will write and produce all nine episodes of the limited series, and Lynch will direct every episode. Set in the present day, Twin Peaks will continue the lore of the original series, providing long-awaited answers and a satisfying conclusion for the series' passionate fan base. - The Hollywood Reporter

NOTE: I'm a David Lynch fan...yeah, and 'Dune' is one of my favorite films. Lon 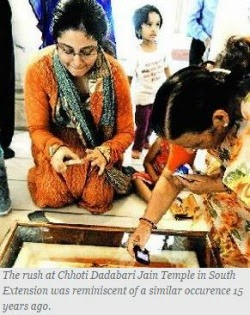 NEW DELHI: All through Saturday, the Chhoti Dadabari Jain temple in South Extension saw a steady stream of visitors coming to observe a "miracle" they had heard of on phone and WhatsApp. A marble carving of a Jain saint's feet, known as "charan pratishtha", was said to be releasing saffron water.

The "charan pratishtha" is structurally a square marble slab with a pair of feet carved on it, said to represent the feet of a Jain saint. Temple officials say it is 400 years old. Temple administrative officer M S Parikh claimed that early on Saturday afternoon, he saw saffron water ooze out of the toes on the structure. "I could clearly see a trickle ooze through the toes. When I saw it, around 1.30pm, the structure was covered in orange. The distinct smell of saffron filled the air," says Parikh. By the time TOI visited the premises, the structure was covered with a wood-and-glass box, through which it could be seen but not touched.

"It is a matter of faith. In faith, there is no scientific explanation. Our knowledge is limited. We have to surrender to what we see," says Jitendra Rakyan, president of the temple trust.

Federation of Indian Rationalists Association (FIRA) president Narendra Nayak says that when looked at scientifically, it is hard to believe that the saffron water spontaneously oozed out of the marble structure. "It has to come from somewhere outside," he says.

The faithful feel otherwise. "You can see it, and you have to believe it. It is not superstition," says 75-year old Sajjan Jain, a devotee who has been coming to the temple since she was a young girl.

Rakyan explains that a similar occurrence had taken place in the Delhi temple about 15 years ago as well. "That too was in October. It started at night and stopped by morning," he says. Devotees say that the occurrence, though rare, is not unheard of. "It has happened in other Dadabari temples. I have heard of the phenomenon before, but today I saw it for the first time. It is reassuring. It makes one feel that god is watching over us," says Coimbatore-based designer Abhita Jain, who happened to be visiting the temple.

Modern-day miracles have often been hotly debated. Back in 1995, a miracle with a temple idol made international headlines. This was when idols of Lord Ganesha were seen to be accepting milk. Many thronged temples, in India and abroad, to see the miracle at work. Rationalists and scientists later explained that the phenomenon occurred because of "capillary action", where liquid rises through the porous ceramic with which idols were made. In 2009, a picture of the Virgin Mary in St Mary's Jacobite Syrian Church in Kattachira, Kerala, was reported to be shedding tears. FIRA countered claims of it being a miracle.

In Delhi, Brothers Samkit and Shrenik Jain, young men in their 20s, are baffled by the sight at the temple. "I have never seen something like this before. Older people say that this happens when the gods come to pay a visit," says Samkit.

"There is no CCTV camera here," points out Shrenik, and adds, "It's not a special day, but you know, today's date is a palindrome," he says, referring to Saturday's date which when written in the date-month-year format, reads the same forwards and backwards. - Times of India 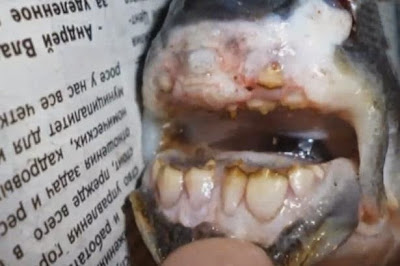 Russian fisherman Aleks Korobov, 50, has confused fish experts after he caught a terrifying looking fish with teeth like a human.

Aleks, from the city of Arkhangelsk in north-western Russia's Arkhangelsk Oblast district, caught one of the worlds weirdest animals on a fishing trip on the Northern Dvina River.

He thought it was a common bream, but when he went to unhook it he saw it had a mouth full of what looked like human teeth.

Expert Gennady Dvorykankin said: "We had to do an autopsy and carry out a series of examinations to determine the species and an explanation for the teeth.

"We are convinced it is a member of the Piranha family, and that it is a herbivore piranha, not one of the meat eating ones you see in films.

"It is very unlikely that it made its way from its natural tropical waters to our Arctic and then into the river so we can only assume it was dumped by an owner of exotic fish," he added.

Thrilled Aleks said: "I don’t think people will be doubting my fishing stories again after this."

Well, it's October already and Halloween decorations are already starting to surface. Haunted houses are fun to visit but most people wouldn't want to live in one, right? So that raises a "spooky" legal question. Do real estate brokers or sellers have a legal duty to inform purchasers if houses are truly haunted -- i.e, have been the site of a murder, suicide or paranormal activity?

Disclosing that a house has a haunted history may be the most prudent course of action.

value. Among the situations covered under the title of stigmatized is a property that was the site of a murder, suicide, alleged haunting, or other parapsychological phenomenon. About half of U.S. states have laws that deal with stigmatized properties, but most don't require sellers to disclose if they believe they have a ghost. For example, under Massachusetts law, real estate brokers and sellers are under no legal obligation to disclose that a property was the site of a felony, suicide or homicide, or has been the site of an alleged "parapsychological or supernatural phenomenon."

Despite any law not requiring disclosure however, disclosing that a house has a haunted history may be the most prudent course of action. It's surely something many buyers would like to know beforehand. If a seller doesn't disclose, and the buyers find out about the property's history prior to the closing, there's a chance they would try to get out of the deal. There is a well-publicized case out of New York in the 1990s where a court allowed a buyer to terminate a real estate deal due to the failure to disclose "haunted" activity.

As I always recommend in this digital era, an easy way to determine whether a house is truly "haunted" is to Google the property address and see what comes up. If there was a murder or suicide, it should reveal itself. Also, talk to the neighbors. They will surely know the property's history. If all else fails, of course you can always hire Ghostbusters. Happy house "haunting"! - Real Estate 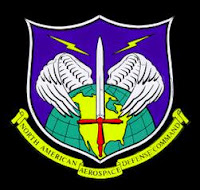 Ghostly Visions in the Early Church

Gwyneth Paltrow calls in a psychic: Recently separated actress asks for help to 'heal, expand' and deepen her 'understanding of life's mysteries'

First hint of 'life after death' in biggest ever scientific study

Many Lives, Many Masters: The True Story of a Prominent Psychiatrist, His Young Patient, and the Past-Life Therapy That Changed Both Their Lives

Journey of Souls: Case Studies of Life Between Lives

Answers about the Afterlife: A Private Investigator's 15-Year Research Unlocks the Mysteries of Life after Death

Life After Life: The Investigation of a Phenomenon--Survival of Bodily Death