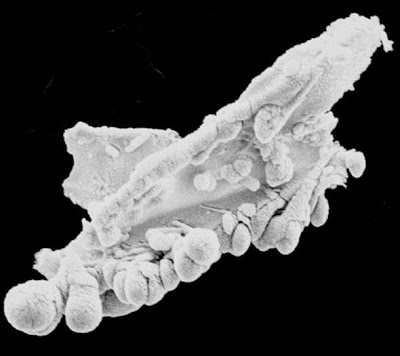 The incredible picture that 'PROVES' aliens DO exist

The never-before seen photograph shows a mysterious dragon-shaped organism found in space, which they claim also reveals that all life on Earth, including humans, is extraterrestrial in origin.

It was discovered in dust and particulate matter gathered deep in the Earth’s stratosphere.

Its finders say it is a “biological entity” made of carbon and oxygen - the building blocks of life.

And the scientists who made the incredible find insist there is no way it could have blown up into space from our planet - and so must have originated elsewhere in the universe.

Professor Wainwright sent balloons into the stratosphere 27 km above the Earth’s atmosphere to collect particles from space.

He claimed what they have discovered is not only proof that life exists in outer space, but that extraterrestrial organisms are continually raining down on earth.

He said: "The photo shows a structure colloquially called ‘the dragon particle’ which scientific analysis shows is made of carbon and oxygen and is therefore not a piece of cosmic or volcanic dust. Read more at Express 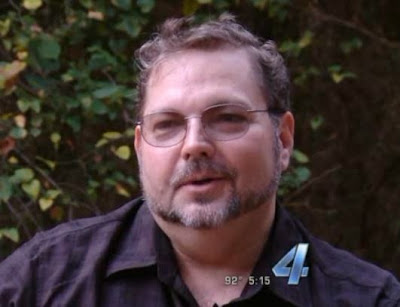 Farlan Huff walks this path alone, no other Bigfoot hunters around.

“I want to be non-threatening,” he says.

Is he a human ambassador to a different species, or is he wandering further from reality?

He doesn’t really care what anyone else thinks any more.

Huff says, “I’ve gone from wondering what they were to who they are.”

There was a time, just a few years ago, when Huff would show his pictures of what he insists is Bigfoot to anyone who might care to look.

His blurry, images from a motion sensitive camera were enough proof for him.

Like any other ‘respectable’ hunter he came to Bigfoot conferences in the Kiamichi Mountains hoping to capture better, more irrefutable proof.

But somewhere along those walks in the woods a different hypothesis began to emerge.

“I used to think of them as similar to what we all have the notion of cave men looking like,” he says.

Perhaps a different approach was in order.

So Farlan stopped his hunts, but he didn’t stop his trips into the woods.

Huff suggests, “If you want to try to have an encounter you’ve got to be respectful.”

He’s had several of his encounters in these woods around the Chickasaw National Recreation Area.

He says his new, more diplomatic approach is working.

Farlan recalls, in a recent, night time incident, “There was a voice right in my face. I could have reached right out and touched it if I’d wanted. And it was just in a language I couldn’t understand. It was like, ‘abba roubla boolla boulla.”

Un-hindered by the burden of proof and shunned by the wider society of Bigfoot hunters, Farlan Huff moves about quietly as a kind of Bigfoot Whisperer, hoping that, someday, his kinder efforts will allow him entry into their world.

He says, “I picture myself as an old man with maybe two or three months to live, and I get to bump knuckles with Bigfoot. Like, ‘hey. how ya doin?'”

Even if his dream comes true, he might never tell a soul. - KFOR

In the wake of the CDC confirming the first case of Ebola in the United States and the medical world dealing with the deadliest outbreak in history comes a miraculous story of one Ebola patient in Liberia rising up from the dead, Yahoo News reported.

Recounting his experience while on an assignment in Monrovia, ABC News' Dr. Richard Besser was filming an episode of Thursday morning's Good Morning America with his producer when he spotted loads of angry locals surrounding an Ebola burial team along the roadway.

Upon investigation, the pair learnt that the crowd was angry since "they had been trying to get help for the dead man for days, but no ambulance ever came. When the man died, a burial team came in an hour," a community leader said.

Suited up in protective gear, the burial team sprayed the body with bleach, moved it over to a black, plastic sheet and began to wrap it up, according to Besser.

"We couldn't get him help when he was alive," a community leader told me. "They only come when you die."

But in the next few moments, the dead man was witnessed moving his arm, just a little, but clearly a sign of life. "He's alive," someone yelled.

Placing the dead man back on the ground, the burial team immediately unwrapped the body.

Even though the unidentified man's condition did not appear as if it would last for a few more hours, health workers arrived to pick him up in an ambulance 10 minutes later, according to Yahoo News.

According to Epoch Time, several "Ebola zombies" reports have been making headlines since the past few weeks, but most of them false.

"Two Ebola patients, who died of the virus in separate communities in Nimba County have reportedly resurrected in the county. The victims, both females, believed to be in their 60s and 40s respectively, died of the Ebola virus recently in Hope Village Community and the Catholic Community in Ganta, Nimba," the Liberia-based newspaper The New Dawn claimed.

However, there have been no other media reports on the rumors and it appears unsubstantiated.

"No corroborating reports of Ebola resurrections have surfaced since the initial story was published in Liberia, and no details have emerged to clarify the circumstances under which the patients 'died,'" according to hoax-debunking site Snopes.com.

"On 30 September, the 'Ebola zombie' rumor was resurrected with a post suggesting that a third victim of the disease had mysteriously reanimated. However, the site from which the image and story originated is satirical in nature," Snopes added. - HNGN

Aliens May be Out There, but Too Distant for Contact

For years SETI has been scouring the skies for signs of radio signals from an intelligent extraterrestrial race, but despite its best efforts there has still been no sign that anyone else is out there.

Given however that our galaxy spans over 100,000 light years it could be argued that there may simply be no intelligent civilizations close enough for us to pick up. Even receiving a signal from our nearest stellar neighbor, Alpha Centauri, would take four years.

Recent advances in planet hunting suggest that there are an estimated 40 billion habitable planets in our galaxy, but that doesn't help if the distances between them are too large.

"On average, you’d expect the civilizations to be separated by at least 1,000 light-years in the Milky Way," said astronomer Michael Garrett. "That’s a large distance, and for communication purposes you need to allow for twice the travel distance, so you’re talking about civilizations that have to be around for at least a few thousand years in order to have the opportunity to talk to each other."

There is also the possibility that radio waves, being limited to the speed of light, may not be fit for communication over long distances and that a sufficiently advanced alien race might be using some other sophisticated communication system that we haven't even discovered yet.

Picking up an alien civilization's radio signals may in fact be like finding a needle in a haystack with an extremely limited window of opportunity - the odds of this could be incalculably low. Read more at Discovery 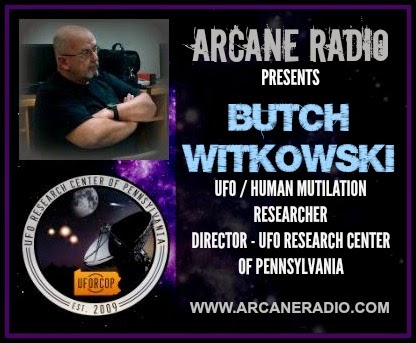 Next on Arcane Radio﻿.... Butch Witkowski﻿ - Director of the UFO Research Center of Pennsylvania & human mutilation investigator. For those people interested in the Todd Sees death case, Butch & Lon will offer a few updates. Sean & Lon will discuss currently paranormal & cryptid news as well. Podcast will be posted on Monday. Stay tuned!

White Sabre-Tooth Alive And Well And Living In China!

The Mysterious Valley of the Headless Corpses

Fuente Magna, the Controversial Rosetta Stone of the Americas

90 Minutes in Heaven: A True Story of Death and Life

Chariots of the Gods: Unsolved Mysteries of the Past