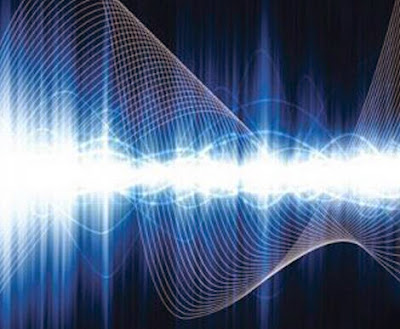 SHREVEPORT, LA (KSLA) - The source of a loud boom heard at points across the ArkLaTex from Marshall to Keithville to Haughton remains a mystery at this hour.

"My couch came up off the floor a little bit, my back wall felt like it was going to cave in, it was so loud!" says Linda Stewart, who lives off of Shirley Francis Rd. in Greenwood.

The reverberation was heard and felt by staffers at KSLA News 12 at the studios on Fairfield Ave. in Shreveport's Highland neighborhood at 4:27 p.m. The concussion rattled windows. Meteorologist Jeff Castle says the closest incidence of possible thunder at that time was in Monroe, to the east in Ouachita Parish.

Some reports say it shook the ground.

KSLA News 12 has checked in with numerous law enforcement agencies and across the area and we continue to work to track down the source.

Webster Parish Sheriff Gary Sexton says there have been no reports of anything amiss at Camp Minden, where explosives are stored in blast-resistant bunkers.

Several fire units have been at the scene of an oil tank fire believed to have been caused by lightning earlier in the day, but the Caddo Parish Sheriff's Office says there have been no explosions as a result of that incident.

Some reports describe the sound and accompanying vibration as a "sonic boom."

A spokesperson for Barksdale Air Force Base says it was not related to any activity on the base. - KSLA 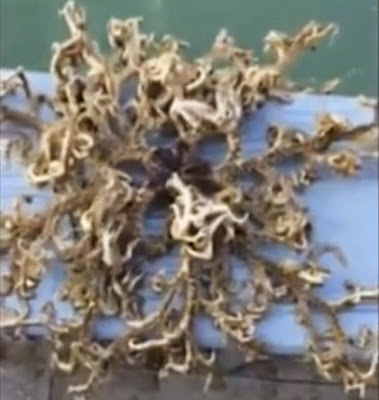 This bizarre-looking 'alien' creature was caught by a deep sea fisherman in Singapore.

Ong Han Boon, 54, was at his favourite fishing spot on the island of Sentosa where he cast his line with the hope of catching a fresh tasty treat for lunch.

As he settled down with a few cans of his favourite beer, he noticed a pull, but he never expected what came up out of the sea.

He said: "I spotted the line going up and down, and feeling a bit peckish I got quite excited as I hauled it in.

"But when I pulled it out of the water I was completely flummoxed by what I was looking at."

The creature appears to have up to 100 moving tentacle-like arms and can only be resembled to a cross between a starfish, an octopus and an alien monster.

He added: "I’ve had quite a few odd things from come out of the ocean but I have never seen anything like this before in my life. It had all these arms waving around.

"I thought it looked like an alien or some kind of mutant."

Boon had posted his video of the bizarre creature online hoping that someone will be able to tell him what it is.

"I’ve asked all my friends and none of them know and all my internet searches have not turned up anything that looks like this.

"So, if no one can't identify it then I guess I’m right - it’s either an alien or I’ve discovered a new species of mutant sea creature.

He added: "That would not surprise me with all the pollution they put in the water nowadays."

It's not the first time a strange sea creature has been spotted this week. - Mirror

A two-man submersible was attacked by a pair of the invertebrates during an expedition in the Bering Sea.

In a scene reminiscent of the Jules Verne classic '20,000 Leagues Under the Sea', the crew of a Greenpeace submarine known as Dual Deep Worker found themselves under attack by a pair of Humboldt squids in the waters between North America and Asia.

Despite being much smaller than the enigmatic and elusive giant squid, the two 6ft invertebrates wasted no time going on the offensive and managed to give the divers quite a scare.

A team of researchers in Singapore have developed a next generation lithium-ion battery that can recharge a battery to 70-percent in just two minutes. That means it would charge an entire electric car in just 15 minutes. And here's the kicker: it lasts over 20 years.

Normally, it's safe to be skeptical about new battery technology, but there's something rather hopeful about this breakthrough. The new battery isn't altogether new. It's actually just an improvement upon existing lithium-ion technology.

The key comes in the form of nanostructures. Instead of the traditional graphite used to create the lithium-ion battery's anode, this new technology uses a cheap titanium dioxide gel, the same kind of material used in sunscreen to absorb UV rays. The scientists found away to turn the compound into nanostructures that speed up the charging process. And speed it up they do. This simple innovation makes lithium-ion batteries charge 20-times faster and last 20-times longer.

"With our nanotechnology, electric cars would be able to increase their range dramatically with just five minutes of charging, which is on par with the time needed to pump petrol for current cars," Associate Professor Chen Xiaodong of Nanyang Technological University said in a release. Just imagine what it could do for your smartphone.

The researchers say they'll have the new technology on the market in just two years. While we've certainly seen fast-charging battery promises in the past, the simple fact that this new battery uses so much existing technology is reason to believe that they're right about that timeline, too. - Gizmodo

Police have launched an investigation after people in clown costumes started showing up around the city.

Over the last two years creepy clowns have been turning up everywhere from Northampton in England to Staten Island in New York, but in this latest string of sightings in California the phenomenon seems to have been taken to a whole new level with multiple sightings across the city of Bakersfield.

Pranksters, some brandishing weapons, have taken to dressing up as clowns and posting photographs on social media of themselves hanging around street corners and next to local landmarks.

"There's a natural phobia of clowns," said Sgt. Joe Grubbs. "And, clearly, if someone is dressed up as a clown and holding a weapon in a threatening manner, that's going to frighten people."

Authorities believe that the most recent run of reports, which have totalled 20 within a weeek, can be attributed to other people copying the idea after hearing about it on the Internet.

It is thought that the bizarre phenomenon may have started with a couple who had been photographed in full clown costumes as part of an art project. Read more at ABC News

A 14-year-old boy was arrested in Bakersfield, California, on Thursday for dressing as a clown and scaring younger children.

Officers were dispatched in the afternoon to reports of a clown chasing children. Police said one child "was clearly scared as a result of being chased by the clown."

Investigators found the suspect, whose name was withheld, at a home in Pacheco. Police said he admitted to the acts and said he did it to perpetuate a sinister clown hoax he had seen online.

The suspect was booked into Kern County Juvenile Hall and could face a charge of annoying a minor, according to police.

The Origin of Robotics: A 4000 Year Journey

Did Joan of Ark see Fairies?

Do ghosts exist? Four theories on our fascination with apparitions

Why We Don’t Have an Ebola Vaccine Yet

Waking Up: A Guide to Spirituality Without Religion

The Untethered Soul: The Journey Beyond Yourself

Buddha's Brain: The Practical Neuroscience of Happiness, Love, and Wisdom

Self-Compassion: The Proven Power of Being Kind to Yourself