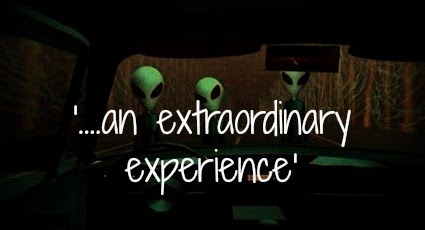 Last week I posted an article about people claiming that alien intervention actually healed them of disease and disability. This seems to be the case of John Salter Jr. (who is now known by his ancestral name Hunter Gray or Hunter Bear) and his son John III. John Jr. a faculty member of the University of North Dakota, who was embarking on a speaking tour of the U.S. southern states.

On March 20, 1988 John Salter, Jr., accompanied by his son, left Grand Forks, North Dakota and drove his pickup truck on Route 61 toward his first engagement in Mississippi. For some unknown reason, John drove his truck off of his scheduled route. About one hour later, the two found themselves traveling in the opposite direction. They decided to take a rest for the night, and continue their trip the next morning.

The two men were at a loss to understand what had happened the evening before, though they discussed it at length as they continued down their original mapped-out drive. Suddenly the two were shocked to see a shining UFO with a silvery "energy field." The object had just "appeared" over the road they were on. John Jr. and his son both had a "familiar" feeling about what they were seeing, and they began to have flashbacks, refreshing their minds of the events of the previous day.

They looked at each other, both now aware that the day before they had been stopped dead in their tracks by the object they were now engaged with. Both men had stepped out of the vehicle as a group of aliens came toward their pickup truck. At first John Jr. thought he was seeing a group of children, until he saw a taller being, which seemed half-human, half-alien.

The group of strange beings led the two men away in the direction of the object. The two men, though frightened in one way, felt that the alien beings would not hurt them. John Jr. would later relate that he felt a sense of being protected by the strange entities. He had taken a stumble while they were making their way to the ship, but a type of "energy" kept him from falling and being hurt.

John Jr. and his son were both led into a room with curved walls, where they were placed in chairs which resembled the fold-back type used by dentists. Both men would later recall a feeling of being "immobilized" while they laid back in the chairs, and were examined. John Jr.'s examination began with an implant being inserted into his nostril, remarkably though, without pain.

Next an instrument of some kind was injected into the side of his neck, and another one at the top of his chest. He felt the three areas chosen by the beings had a medical significance: the placement related to three glands; the pituitary, the thyroid, and the thymus. John had enough medical knowledge to know the three glands regulated human growth, metabolism, and immunity.

After the completion of the tests, John Jr. felt a sense of "bonding" with the strange, alien beings. He also sensed a message which stated they would meet again. These strange circumstances would take even a more bizarre turn after John and his son had returned home. John Jr. noticed a gradual improvement in his overall health. His fingernails and hair grew faster and thicker, and a scar on his forehead began to fade, and eventually almost disappeared.

This was a brief review of the incident, though Salter had offered other statements for several years after the incident. In 1990, Salter determined that he had previous alien encounters in 1941, 1952 and 1957. It also became clear by Spring 1991, that John III has grown more than 1 1/2" taller since the March 1988 incident. He had stopped growing several years before that when he was about 19 years old. 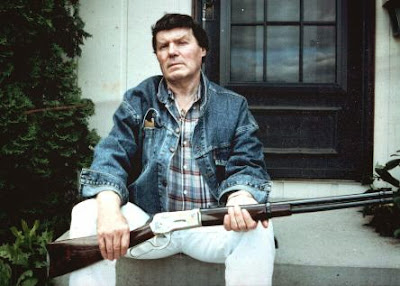 Ufologist Franklin Ruehl Ph.D. wrote about Salter and his experience:

"I had a close encounter with friendly aliens -- and it changed my body in numerous ways!" declared respected university professor John Salter, Jr.

"My immunity is heightened. Cuts and scratches now clot immediately and heal rapidly. My head hair, fingernails and toenails are growing two to three times the normal rate. Some of my age spots have disappeared. And the wrinkles in my face have faded.

"Also, hair has developed all over my arms, legs, stomach and chest which were almost hairless. And for the first time in my life, my beard is so thick and dark, I have 5 o'clock shadow."

Dr. Salter and his son John III say they were abducted by aliens while driving in a pickup truck on central Wisconsin's Highway 14 on March 20, 1988. But surprisingly, they didn't realize anything unusual had happened until they checked their watches and discovered they had lost track of an hour and 20 minutes.

"It was twilight, about 6:25 p.m., when we came to a stretch of four-lane highway. The next thing we knew, it was 7:45 p.m. and neither John nor I could account for the missing time," said Dr. Salter, chairman of American Indian studies at the University of North Dakota.

"The next day, we were driving when we saw a bright light coming toward us. It was about two-thirds the width of a double highway and glowing with an extraordinary silver color.

"We could make out its saucer-like form and it had a slight dome. Then, with incredible speed, it was gone. My son and I immediately realized this was a friendly appearance for us and it explained the missing time the previous night."

But the Salters did not remember any details of their abduction until months later -- when they started having these flashbacks. "We were forced off the highway by an unseen force," recalled Dr. Salter. "Then we were standing not far from the passenger side of the pickup. It was almost dark.

"I saw two or three small humanoid figures climbing up the back bumper, looking at the gear in the back of my truck. The beings were 4 to 4 1/2 feet tall, with thin bodies and thin limbs, but comparatively large heads and large slanted eyes.

There were also six or seven of these small people near us and a taller humanoid figure, almost six feet tall. They all communicated with us telepathically and the tall humanoid guided us through the woods to their spacecraft, which was hidden in a secluded clearing.

"Our tall friend guided us back to the pickup and we then parted company on a friendly basis. Then the brightly lit UFO took off and we drove back to the highway where we regained our memory."

In addition to Dr. Salter's other physical changes, he says he now has psychic abilities, plus two reminders of his visit with the aliens. "Occasionally, a red welt appears on the right side of my neck and a brown spot surfaces on my chest."

Dr. Salter's son hasn't experienced the same physical changes as his dad, but says, "This was the most extraordinary event of my life."

Adds Dr. Bernard O'Kelly, a dean at the University of North Dakota: "People dismiss experiences related to UFOs as being impossible. But Dr. Salter has solid credentials and I'm keeping an open mind."