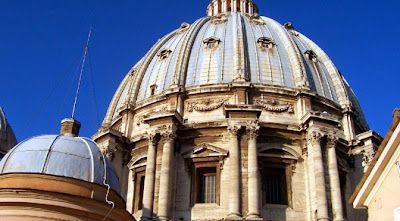 The Holy See has taken steps to officially recognize the International Association of Exorcists.

The move is the strongest indicator yet that the Catholic Church continues to approve of exorcism, the controversial practice of evicting demons or spirits from a person who is believed to have been possessed.

The group, which now has over 250 members, was founded in 1990 by six priests including Father Gabriele Amorth who claims that he has performed more than 160,000 exorcisms.

Exorcists now have a legal weapon at their disposal.

The Vatican has formally recognized the International Association of Exorcists, a group of 250 priests in 30 countries who liberate the faithful from demons.

The Vatican newspaper L'Osservatore Romano reported Tuesday that the Vatican's Congregation for Clergy had approved the organization's statutes and recognized the group under canon law.

More than his predecessors, Pope Francis speaks frequently about the devil, and last year was seen placing his hands on the head of a man purportedly possessed by four demons in what exorcists said was a prayer of liberation from Satan.

The head of the association, the Rev. Francesco Bamonte, said the Vatican approval was cause for joy. "Exorcism is a form of charity that benefits those who suffer," he told L'Osservatore. - CBC

According to Italian-based ANSA:

A Roman Catholic organization, the IAE was founded in 1990 by six priests including the world-famous exorcist of Rome, Father Gabriele Amorth. Ordained a Roman Catholic priest in 1954 and a member of the Society of St. Paul, Amorth became an official exorcist in June 1986. He co-founded the IAE in hopes of increasing the number of official exorcists worldwide and to alert more dioceses to the problem, which he believed has been ignored or suppressed within the church.

Within the Roman Catholic Church, a priest is allowed to perform an exorcism only with the consent of his bishop and after an examination by doctors and psychologists to determine whether the affliction has a natural origin. "The approval by the Holy See is a joy not only for our association but for the church as a whole", Rome exorcist Father Francesco Bamonte told L'Osservatore Romano.

"We hope more priests will realize the existence of this dramatic reality, which is often ignored or underestimated. Exorcism benefits people who are suffering, and is doubtless a work of bodily and spiritual mercy".

There are other exorcism groups not recognized by the Holy See.

The following is posted on the the ICAOE website (a group that am familiar with, though not a member)...which is a non-recognized exorcism group consisting of priests, bishops and demonologists outside of the Roman Catholic Church:

Q. What is a Demonologist?
A. A demonologist is one studies demons and records information about them for a priest to properly perform an exorcism. They are the assistant to an ordained priest at the time of exorcism as a record keeper and prayer leader. In some cases they assist by restraining the possessed.

The Demonologist is not only an encyclopedia of the supernatural, they are also a learning tool for those interested in spirits, both human and inhuman, as well as in the science and religion behind demonology.

The regular Demonologist is not sanctioned to perform any kinds of exorcisms. While the Religious Demonologist is sanctioned to only bless a home, if deemed necessary. They are required to use the prescribed rite to do so and may not bless a person. They may say prayers of intercession for the person but they are not permitted to touch or attempt to exorcise a person.

An Exorcist's Field Guide: to Blessings, Consecrations and the Banishment of Malevolant Entities

Deliver Us from Evil: A New York City Cop Investigates the Supernatural

The Demonologist: The Extraordinary Career of Ed and Lorraine Warren

Do you love to read? Would you like get your books for free? I'm searching for bloggers, reviewers and/or Facebook posters to assist me in promoting my indie author clients. The book genres range from young adult, new adult, contemporary romance, paranormal romance, adult contemporary and erotica. Your reviews can be posted on either Amazon, B&N, Goodreads, etc. I will supply you with all necessary links. In return I will give your pages a 'shout out' and share on my Facebook page. There will also be a random monthly drawing for a gift card...of which each reviewer is eligible to win.

Please email me and let me know if you're interested.