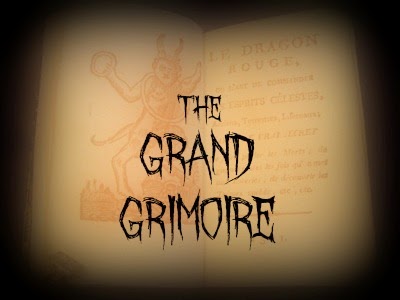 I recently received a question concerning the Grand Grimoire and other occult texts. I have some knowledge on the subject, but not enough to comfortably offer an informed opinion. The following information was mostly provided by other sources, though it does include information I have personally compiled:

The Grand Grimoire is a collection of black magic Grimoires. It is a book, also called The Red Dragon, and the Gospel of Satan. The term Grimoire is a general name given to a variety of texts setting out the names of demons and instructions on how to raise them. Effectively a Grimoire is a book on which a wizard relied for all the necessary advice and instruction on raising spirits and casting spells. To be effective, the wizard should be initiated in the art of reciting the formula and following the rituals that are associated with the spells. Some superstitions claim that Grimoires must be in manuscript and in red ink, bound in black or in human skin, and that they must be given to the user as part of a witch's legacy. If money is involved, all powers are cancelled out.

Grimoires were very popular from 1600 AD thru 1900 AD. The term "Grimoire" is a derivative of "grammar". Grammar describes a fixed set of symbols and the means of their incorporation to properly produce well-formed, meaningful sentences and texts. Similarly, a Grimoire describes a set of magical symbols and how best to properly combine them in order to produce the desired effects. True Grimoires contain elaborate rituals, many of which are echoed in modern Witchcraft rites. Sources for the information in the various Grimoires include Greek and Egyptian magical texts from 100-400 A.D. and Hebrew & Latin sources. Grimoires were used much more by sorcerers, wizards, and early church officials than by witches.

The Grand Grimoire is mostly likely authentic since the Roman Catholic Church officially claims ownership of it, but has never allowed the public any access to it. It is fact that it was discovered in Jerusalem in 1750, in the tomb of Solomon, written in either Biblical Hebrew or Aramaic. The manuscript has not been dated to an earlier time than this, or else the Church has not said, but the book itself is inscribed with the date of 1522 AD. Theorists claims it was copied in that year from a manuscript written in the 1200s AD or earlier. 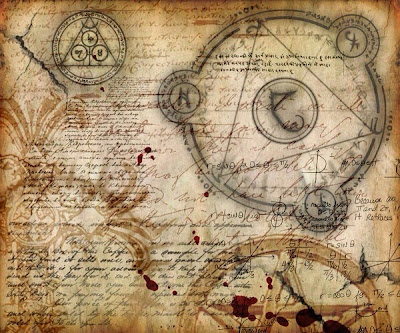 The theory claims that Honorius was either Satan himself, or possessed by Satan for the purpose of writing the book. It contains instructions on summoning Satan at any time, at any place on Earth, for various insidious intentions. The word “grimoire” denotes a textbook of magic. Any kind of magic, whether good or bad. A great deal of so-called copies are in circulation around the world, but none of these, the conspiracy theory claims, contains the true words of the actual Grimoire. It is very popular in the Vodou culture of Haiti, and practitioners there claim to use the book all the time, like a cookbook for spells and hexes.

Theorists claims the Grand Grimoire is itself supernatural in that it permanently resists burning, cannot be cut, pierced, penetrated, torn, or in any other way damaged or destroyed. It is the only book with the knowledge of how to summon Satan, with a precise ritual to be performed, and in addition to this, it can summon any number of named demons. Being written by Satan, it details proofs of various supernatural miracles of the Bible, the precise locations of biblical relics, and even contains Satan’s personal sketches of the faces of Judas Iscariot and Jesus Christ. Because it is in the Catholic Church’s possession, the theory goes on to claim that every Pope starts out a human, and then becomes possessed by Satan once he is elected. The Grand Grimoire is just one of several ancient text manuscripts used in High Magick and the Black Arts to conjure Demonic, Celestial, Olympic and Angelic beings. They provide the Magician with the sigils or seals of each Diety and a description of how they will appear in form and what tasks they can do for your bidding. Some of these books can be easily found online. You can search the internet and find many of these books in PDF format which you can download. I have listed a few of the more important Grimoires:

NOTE: I am not suggesting or condoning the use of these texts...merely attempting to explain the subject to those interested. Lon

The Key of Solomon the King: Clavicula Salomonis

The New Encyclopedia of the Occult