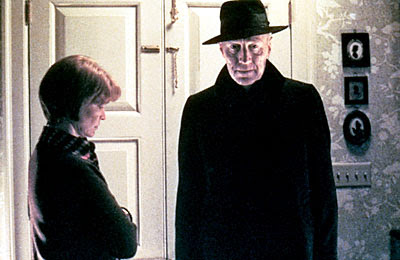 Why Exorcisms Are So Fascinating

Each year, Hollywood releases at least one new film about demonic possession. Nicholas Barber explains why these movies are still so popular.

It’s the same old story. Someone starts gnashing their teeth and scratching the furniture. Someone else declares that they’ve been possessed by a demon. A third party scoffs at the idea, but a priest is soon brandishing a crucifix and shouting something in Latin. And eventually, about an hour later, the teeth-gnasher returns to normal. Horror films about exorcisms haven’t moved on since William Friedkin’s The Exorcist terrified audiences in 1973. Remarkably, the sub-genre may now be more popular than ever.

The latest example is Deliver Us from Evil, starring Eric Bana and Édgar Ramirez. But there has been at least one Hollywood exorcism movie every year for a decade. In 2013, there was The Conjuring and The Last Exorcism: Part 2. In 2012, there was The Devil Inside. In 2011 there was The Rite, and so on back to Exorcist: The Beginning in 2004. “There’s a reason why exorcism is now a staple of cinema,” says Mark Kermode, BBC Radio 5 Live’s film critic, and a long-time champion of The Exorcist. “It’s because it’s so theatrical. The exorcism ritual is basically people in costumes reading out quite florid prose.”

Exorcisms crop up in earlier films, notably Ken Russell’s The Devils – another of Kermode’s favourites – and Mother Joan of the Angels, a Cannes prizewinner from 1961. But it was The Exorcist that defined the sub-genre as it exists today. “Everyone knows that you cannot use the word ‘exorcist’ without thinking of that one film,” says Kermode. “It’s part of horror shorthand. You can’t say ‘chainsaw’ without referring to The Texas Chainsaw Massacre, you can’t say ‘psycho’ without referring to Psycho, and it’s the same with The Exorcist. It’s become a meme.” Read more at BBC

I spoke with Stan Friedman this morning and am very pleased to report that he is feeling strong and chipper. His heart enzymes have declined, so he has turned the corner. He wants me to make it clear that he will be transported to a larger hospital, only because his local facility doesn't have the equipment to do a dye test and an echo cardiogram. This will probably occur today or Wednesday, as July 1 is a national holiday in Canada.

Well wishers can send cards to Stan at P.O. Box 958, Houlton, ME 04730. He appreciates everyone's thoughts and prayers. 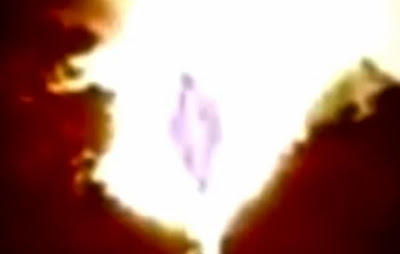 From the district of Yopougon, Abidjan, in Ivory Coast. It certainly seems spectacular. This scene, to which we have previously linked, whereby those living in the West African country shout and scream and (with cell phones) record a miracle of the sun reminding one of Fatima, Medjugorje, Betania, and the apparitions of Kibeho in Rwanda on the same continent (which were preceded by similarly tremendous solar happenings and later holy images that thousands witnessed). The sun “miracle” is one thing. But starting at about 44 seconds into video and something seems to begin materializing in the flare just above the trees as the crowd cries and shouts and then goes haywire as a dark but detailed silhouette of the Blessed Mother greatly resembling the Miraculous Medal suddenly appears, disappears, and appears again in a vaguely blue cloak, the onlookers — “thousands”, according to one unconfirmed report — now in a frenzy which seemed spontaneous and unrehearsed and is the most convincing aspect. It does seem to be moving — the “Virgin” waffling and floating above trees and there is no denying the crowd reaction to something. What is It?

NOTE: I seem to remember seeing this video several years ago...still, it is strange & dramatic. Lon

Click for video - what is it? or cut / paste https://www.youtube.com/watch?v=xXSYVI9Idfg


YOU ARE PHANTOMS & MONSTERS!
Your continued support of 'Phantoms & Monsters' is important and appreciated. Thanks for reading!
**********

Members of terror group Boko Haram have allegedly been arrested in Nigeria after fleeing a forest to escape deadly bites from "mystical bees" and "mysterious snakes".

According to Nigerian newspaper Vanguard, the captured insurgents claimed the creatures -- possessed by ghosts -- had killed many Boko Haram members.

"We were told that the aggrieved people who had suffered from our deadly mission -- including the ghosts of some of those we killed -- are the ones turning into the snake and bees," one militant told Vanguard. "Our leaders fled, too."

Boko Haram made headlines worldwide for the kidnappings of 220 schoolgirls in Chibok, Borno State, last April.

The girls are being allegedly smuggled to Cameroon and Chad and sold as brides to militants for 2,000 naira (£7). Others are being forced to marry their abductors.

Some Boko Haram members believe the insects and reptiles are hunting the insurgents to punish them for the mass abduction.

"We decided to flee when almost all our comrades are leaving the Sambisa [Forest] because of constant attacks by snakes and bees, which we were told was as a result of Chibok abducted schoolgirls," one insurgent said.

Boko Haram, which fights against the Westernisation of Nigeria and wants to establish an Islamic state, abducted 60 more women and girls and 31 boys in Kummabza village, Borno State, in June.

Toddlers are believed to be among the latest kidnap victims.

The militants, currently led by Abubakar Shekau, carry out deadly attacks in public places including schools, churches and police stations.

Violence linked to the Boko Haram insurgency has resulted in an estimated 10,000 deaths between 2002 and 2013. - Yahoo 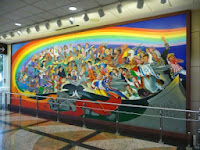 What Kinds of People Hear Voices?


Raechels Eyes: The Strange But True Case of a Human-Alien Hybrid

The Demon-Haunted World: Science as a Candle in the Dark

DNA of the Gods: The Anunnaki Creation of Eve and the Alien Battle for Humanity