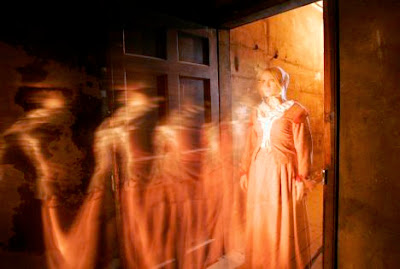 What Are We Dealing With?

Let's start off with my granddaughter, "A", who is a toddler with "sensitive" abilities. I understand if it seems unbelievable, but it is basically being more tuned to unnatural occurrences. I am also "sensitive". "A" began not wanting to be in her room from about 1 month of age. This has severely escalated, she has been waking up anywhere from 2-3 am each night, screaming as if she is terrified and will not go back to sleep until 8-9 am. Her parents can not put her back in her room, she is so terrified. They take her to the main level and attempt to get her back to sleep.

When I was watching her about a month go, I was changing her diaper in her room. She kept looking at the closet door, terrified and was pointing and trying to tell me something. This has continued. I started to wonder if the "old woman" who died in this condo may still be around. A little background on her, she was the only woman who died in that home and had a gay son, so she had no grandchildren. I dealt with this myself as a toddler, I had a women who came out of the closet and stood by my crib, and I know I wasn't the only one to have seen her.

I am not sensing anything abnormal paranormally. I decided to invite the "old woman" to move on, if it was her. I reassured her that the home and members in it were taking good care of the home and the adults the baby. I did this 3 weeks ago, after baby "A" showed up with superficial scratches. They were on the inside of her arm and looked like a birds foot. There was a point with 3 lines fanning from it. I questioned my daughter and she did not know how she got it. She later had the same scratch marks on the side of her neck. "A" only slept through the first 3 nights after I invited the "old lady" to move on.

Well, let me say all hell has broke loose since I invited the "old lady" to move on. I had a horrible nightmare that involved someone from beneath the earths surface grabbing my lower legs and attempting to pull me under the surface. I woke up terrified. My husband asked me how I got the horrible bruises to my lower legs. I looked behind my legs, it looked like someone grabbed them. There were finger bruising and other bruises. It weirded me out. I appeared with some odd scratches inside my arms. Then my daughter, then "A" with a perfectly straight superficial scratch between her eyebrows. As if that weren't bad enough, my other daughter, the youngest, now has started getting bruises. Her and I live in the same house, my other daughter with A live across town.

This last weekend my daughter showed up with the same bruising on her lower legs. I again asked the "old lady" to move on. Maybe not my best move. They started having issues with their hot water heater not working. After a plumber and electrician did some digging, they discovered the breaker was flipped not only inside but also outside at the box for the whole condo complex. Nobody in that condo unit touched it, and nobody can just walk into my daughters complex. They had the electric company out 3 times within 12 hrs. Well, my daughter took on replacing the upper and lower heating elements with no results. The plumber came out, yesterday and thought it was the upper and lower thermostat. He replaced them and still nothing, he thought it was the breakers. The electrician came out and discovered it was not the breakers, but a frayed and arching wires that were no longer grounded. He could see there was charred marks on top of the hot water heater. The location of this is under their stairs to the second level. The only interior 2nd floor escape. I discovered there was only 1 smoke detector on the upper level, located in the hall. The HW heater is under doorway of "A" room, basically at the landing at the top of the stairs. Her parents would not have been able to reach her safely. The electrician and us are questioning how the electrical wires could have become burned. I now am worried that we are not dealing with the "old lady", but maybe something else. We are now having stuff happening at both homes. - Reddit.com

NOTE: a very interesting narrative. This 'transferring' activity in different locations is more common in families...I've witnessed it several times. Asking / telling an entity to 'move on' is OK if done correctly. There is a bit of preparation involved in order to avoid pitfalls and retaliation. This is, without a doubt, a high-energy entity that requires proper investigation before a clearing is conducted. Astral Perceptions Universal...Lon

Read this article in today's newsletter (Reptilian?) and wanted to say - He's not the only one seeing them. I've been seeing them for many years now- it's random sightings/encounters. The best way I can describe it when it occurs is this--I see someone (even on TV) and I'll notice "something" not right about that person (like my radar going off)-the more I look I can see what looks like a hologram showing, either over or through the "person's" skin. I'm not sure which. It's always ONLY where their skin is exposed though. Face, hands, arms, whatever, and it appears almost "glitchy" and in patches. To ME-they appear to be perhaps a cross between tall greys and reptilians species. Small smooth scales but also parts that look just greyish skin, some have large black eyes, some have more of a reptilian eye with the slit pupils. I've never seen any that had bright or flashy colors to them. They're usually mixed greys with browns and greens. Mottled looking. What he describes in facial features is IDENTICAL to my sightings. They also--KNOW when I'm around. Example-My husband and I used to go out to a few clubs once in a while to go listen to a band we wanted to hear. At these clubs-I would see these things. I've ALWAYS tried to be VERY discreet when I noticed one-BUT they KNOW somehow that I can see them and they make very quick exists and are gone! I've had to walk right past two, not more than 1ft away in a crowded club--and Oh boy they didn't like that! But, they couldn't DO anything in such a crowd or risk exposure. The look they gave me and the vibes they put off--total negativity to the max! They do NOT like people who can see them. I've seen some also just out walking down the streets, like normal people do. But, as soon as they see ME coming..they will cross the road, duck into stores, etc..anything to avoid me is what it seems to be for them. I believe fully the reason they are going into night clubs and such places-is too feed off of all that energy people exert if they dance especially. Most people get drunk, and that also makes them very easy prey. (Myself-I did NOT get drunk at any of those clubs because it's a big no no for me for more than one reason. So..with that being said-I was not drunk or on any drugs at ANY of the times I've had these "encounters". When I go out--I'm the designated driver and I drink pop all night.)

The ones I've seen on TV that showed the same have been people of Power-Prime Example--the Last Pope. Every time I saw that "man" on TV-I can see this other creature in him. Different Political Big Wigs too, and not just U.S. Alien, demon..all the same to me, the labels don't matter because from MY OWN experiences they all react the same-what they look like doesn't matter. So...what I'm doing here is to give confirmation-that what this man saw--is REAL. Anna

Cryptozoology was rocked this July by the release of a two-year study on alleged Bigfoot DNA by London's Royal Society (paid for by producers of the UK series Bigfoot Files). Now, the chief of America's largest Bigfoot research group (and host of Animal Planet's Finding Bigfoot) has cried sample bias. Who's correct?

In response to an email request for comment from Jennifer Viegas, a senior correspondent at Discovery News, the founder and president of the Bigfoot Field Research Organization, Matthew Moneymaker, called the Royal Society's study "meaningless scientifically."

The actual DNA analysis by Sykes' team was surely performed with the highest integrity and accuracy but the overall effort was already corrupted by that point. It was corrupted at the sample inclusion stage.

Note: The BFRO did not provide any of the North American samples, nor did we endorse those few samples from North America that were focused on in the associated TV program. None of the "bigfoot" samples that came from the US had a strong *credible* connection to a bigfoot sighting or some other credible corroborating evidence (i.e. footprints).

(Please excuse the translation and uppercase)

MY GRANDSON ALEXANDER WHO IS 25 YEARS OLD LIVES WITH ME BECAUSE I AM A WIDOW NOW AND LAST YEAR I HAD A TERRIBLE ACCIDENT AND ALMOST LOST MY RIGHT ARM.

ALEXANDER IS A VERY POLITE PERSON, HE ATTENDS HIMSELF, HE GIVES NO TROUBLE. HE EVEN IRONS HIS LAUNDRY. HE IS GRADUATING AS INDUSTRIAL ENGINEER, AND WORKS IN A
CALL CENTER IN THE MEANTIME.

YESTERDAY SATURDAY, HE HAD NO WORK, SO I LET HIM SLEEP MORE. USUALLY HE TAKES OUR DOG FOR A WALK AT 6AM. SO THIS TIME I TOOK TITI OUT. WHEN I WAS ABOUT TO ARRIVE TO OUR BUILDING, I SAW ALEXANDER RUSHING OUT. HE WAS DRESSED AS THOUGH FOR GOING TO WORK, WITH A LONG SLEEVE SHIRT. I CALLED HIM ALOUD AND HE DID NOT TURN BACK. I HAD TO STOP BECAUSE IT WAS SO EARLY TO BE YELLING OUTSIDE. HE HAD NOT TOLD ME HIS PLANS, USUALLY HE DOES.

WHEN I ENTERED THE APARTMENT, I WENT TO HIS ROOM AND TO MY SURPRISE HE WAS SLEEPING QUIETLY, WITH THE CAT SITTING NEXT TO HIM.

LATER IN THE DAY I TOLD HIM MY EXPERIENCE AND HE THOUGHT IT WAS VERY FUNNY. BUT I WAS DISTURBED FOR THE REST OF THE DAY.

MY FATHER WAS A VERY SENSIBLE PERSON AND USUALLY HE WOULD RECEIVE THE VISIT OF PERSONS WHO HAD PASSED AWAY RECENTLY TO ASK HIM LITTLE FAVORS, FOR EXAMPLE TO TELL HIS FAMILY WHERE HE LEFT THE BANK SAVINGS BOOK.

HE WOULD TAKE ADVANTAGE OF ASKING THOSE PERSONS "WHERE ARE YOU? HAVE YOU SEEN GOD?" AND THE REPLY WAS ALWAYS THE SAME "NO, I AM STILL AT THE COURT WITH SEVERAL JUDGES, I ASKED PERMISSION TO ASK YOU THIS LITTLE FAVOR".

THIS MEANS THAT PEOPLE ARE JUDGED FIRST AND THEY ARE SHOWN LIKE A FILM ALL THEIR ACTIVITIES. WHAT COMES NEXT? AT 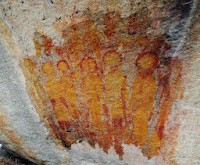 This Poison Fungus Is Evolving to Get Deadlier

A Close Encounter With Betty Hill


Myths & Legends: An illustrated guide to their origins and meanings

Frankenstein or The Modern Prometheus: The 1818 Text (Oxford World's Classics)

Close to Shore: The Terrifying Shark Attacks of 1916