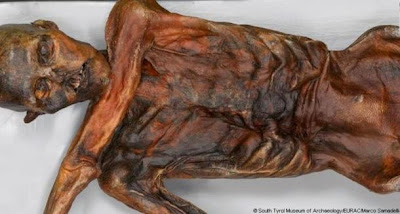 Much of what is known about Otzi the Iceman, who lived thousands of years ago, stems from a tiny bone sample preserved in a glacier in the Otztal Alps, which allowed researchers to decode his genetic makeup.

Researchers from the European Academy of Bozen/Bolzano (EURAC) and the University of Vienna have found evidence for the presence of Treponema denticola, an opportunistic pathogen involved in the development of periodontal disease.

The findings could support a CT-based diagnosis made last year which indicated that the iceman suffered from periodontitis.

"What is new is that we did not carry out a directed DNA analysis but rather investigated the whole spectrum of DNA to better understand which organisms are in this sample and what is their potential function," said researcher Frank Maixner, as quoted by Science Daily.

"This 'non-human' DNA mostly derives from bacteria normally living on and within our body," added Thomas Rattei, a professor of bioinformatics at the University of Vienna.

"Only the interplay between certain bacteria or an imbalance within this bacterial community might cause certain diseases," he explained.

"Therefore it is highly important to reconstruct and understand the bacterial community composition by analysing this DNA mixture."

Unexpectedly, the researchers detected a sizable presence of the bacteria in the tiny bone sample, which provided information that the pathogen seems to have been distributed via the bloodstream from the mouth to the hip bone.

Furthermore, the investigations indicate that these members of the human commensal oral microflora were old bacteria which did not colonise the body after death.

The EURAC team also detected Clostridia-like bacteria in Otzi's bone sample which are at present most presumably in a kind of dormant state. Under hermetically sealed, anaerobic conditions, however, these bacteria can re-grow and degrade tissue.

This discovery may well play a significant part in the future conservation of the world-famous mummy.

"This finding indicates that altered conditions for preserving the glacier mummy, for example when changing to a nitrogen-based atmosphere commonly used for objects of cultural value, will require additional micro-biological monitoring," the researchers said in a statement, as reported by Science 2.0. - Yahoo 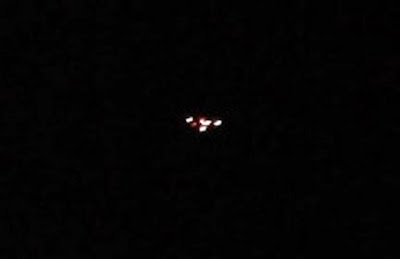 I could have thrown a rock at it, it was so close and low. A huge black triangle with white lights on each corner and a couple red blinking lights as well. Then another smaller triangle came across the river.

Hello everyone, I'm 18 years old and I'm your average college student dude. Never have I really thought about paranormal beings, haunting etc. That all changed 2 years ago.

Whenever I sleep I just lie on my stomach so when I wake up I pretty much look at the ground. I woke up in the middle of the night and I saw somebody standing in front of me. Now, I should be scared shitless! The weird thing about the whole thing is that I wasn't scared at all. I looked up and I saw this little girl standing in front of me. Motionless, she just stared at the window next to me. I just turned around and went back to sleep. I remembered it so clearly when I woke up, I almost cried out of fear.

I'm a heavy gamer so I usually game all night in the weekends. Now, let me get something clear before I continue, my house is VERY old. My room is next to the stairs and it screeches heavily when somebody walks on it. While I was gaming somebody just stormed upstairs and I just looked at the door. I was shocked. Everyone was asleep and I was the ONLY person awake in my house. I stared for about 20 minutes then I decided to go to sleep, still shocked from what just had happened.. I asked my mother the next morning if it was her. She said no...

Yet again, I woke up in the middle of the night. The same girl that I saw months prior to that day was standing in front of me. She just looked at the wall and yet again, I wasn't scared. It seems that whenever this happens I'm just immune to fear. I just closed my eyes and went back to sleep.

The next day I was watching a movie in the living room and I heard " Bang bang bang bang bang " like somebody tumbling off the stairs. Now I have a three year old brother who was sleeping at that time so out of human nature I ran like a madman to the stairs to see if he somehow fell down. There was no one there. I stood there, paralyzed, I didn't know what to do. Everyone was asleep and I felt like running to my mother but I just couldn't go upstairs, I was way too scared. I ran to the kitchen, made some coffee and tried to forget about it.

The last encounter which happened like 2 months ago was the scariest of all. Like the last two encounters, I woke up in the middle of the night, immune to fear. There was this creature, I don't know, it looked like a demon of some sort. It didn't have any eyelids or lips. It was laying down on the floor while looking at me, smiling with his huge eyes. I looked right in his eyes for about 20 seconds, I didn't feel any fear, it almost felt like I was drugged, I simply didn't care. I went back to sleep and woke up remembering everything. My mom walked into my room and she asked me why the shower was turned on. I woke up like 2 hours prior to the encounter and I heard somebody in the shower, I thought that it was my mother because from time to time she takes a shower around 1 AM. The shower was still running in the morning. - Reddit.com 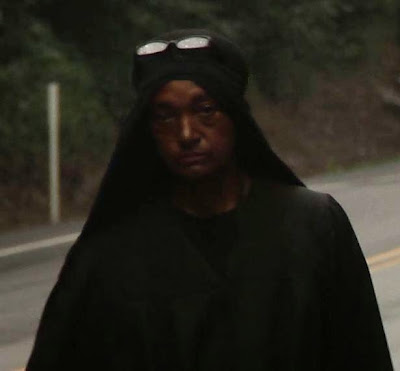 MOSSY GROVE, Tenn. (WATE) - A mysterious figure is capturing the attention of social media. She's been nicknamed "the woman in black" and she's been spotted in different parts of east Tennessee and Virginia.

Few people claim to know much about the so called "woman in black" spotted in the Mossy Grove, Tenn. area Friday. Alexandria Schubert was ringing someone up at the convenience store she works at when she saw the woman walk by.

"Nobody knows the story to her. She won't talk to nobody. It's like a mysterious story on the internet," said Alexandria Schubert.

The "woman in black" is sharing some details about herself. The Sullivan County Sheriff's Office told WCYB in the Tri-Cities area that her name is Elizabeth Poles and she's from Motts, Alabama.

"That is a first and I'm a 42 year old. I have never seen anybody dressed like that or around here like that," said Mary Hawn of Oakdale, Tenn.

The 56 year old woman claims she's on a bible mission and it looks like she's making her way down south.

Last month, she was in Wise, Virginia and was captured on YouTube arguing with a man in a Walmart parking lot about religion. Videos like that and plenty of pictures posted to social media are making people pull over when they see this woman.

"We passed her maybe twice and the third time we stopped to see if she needed anything because my daughter was telling me she's been on Facebook, everywhere," said Hawn.

For most who saw her in Tennessee Friday, they can't believe they saw the woman everyone's been talking about.

"Where's she going? What is she doing? Still wondering her story," said Schubert.

A reporter from WATE in Knoxville tried to ask the "woman in black" some questions, but it seems like she wants to remain a mystery.

The "woman in black" also told investigators she was from an Islamic nation and worked at the Pentagon, but they determined that wasn't true. - WSPA

Hopi Legends and the ‘Flying Shields’

Woman Speaks Foreign Language Without Learning It — as It Was Spoken 150 Years Ago: Past Life Memories?


Lost Secrets of the Gods: The Latest Evidence and Revelations On Ancient Astronauts, Precursor Cultures, and Secret Societies

African Temples of the Anunnaki: The Lost Technologies of the Gold Mines of Enki

The Mythology of Supernatural: The Signs and Symbols Behind the Popular TV Show

Covert Wars and the Clash of Civilizations: UFOS, Oligarchs and Space Secrecy