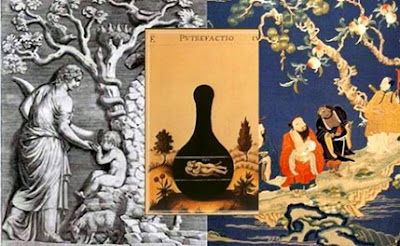 Beneath a construction site for a glassy, 22-story hotel in New York, archaeologists unearthed a history of drinking, eating and lodging, along with a tradition of consuming cure-alls and potions for good health, according to a report in DNA Info. The discovery included a two hundred-year-old glass bottle that once contained the “Elixir of Long Life”.

Now the research team have tracked down the original German recipe used to create the elixir for fending off death. “We decided to engage in our own brand of experimental archaeology,” said Alyssa Loorya, the president of Chrysalis, a company regularly hired by the city to oversee excavation projects. Loorya enlisted researchers in Germany to track down the recipe in an old medical guide, which revealed that the potion contained ingredients such as aloe, which is anti-inflammatory, gentian root, which aids digestion, as well as rhubarb, zedoary, and Spanish saffron – ingredients still used by herbalists today. The raw ingredients for an ‘Elixir of Long Life’. Read more at Ancient-Origins

Something's Happening at My House

The first time was when I was living upstairs (I have now moved into the downstairs suite and plan to move out on my own soon). I was playing video games and my mom was on the computer, we were the only two people home - When she gets on the computer she pretty much loses track of reality.

I heard a male voice say something really quickly from the stairwell, quick enough that I couldn't make it out - I was so focused on my game that I almost didn't register it at all, but after staring over there for a second to determine whether it'd really happened, I asked my mother if she'd heard it; She'd been too zoned out (I'm surprised she heard me at the time).

The other two times were down here in the basement suite. One was a female voice from the back room - Again, too quick to register what was being said.
Now, on the day I posted this, I heard a harsh whisper from near my door.

A few other weird things have happened that no one but me registers as odd (my parents are deliberately against paranormal theory). They've actually told me when I come home that they heard some one go up and down the stairs and weren't sure who it was because I wasn't home; They didn't think anything of it, for some reason, and were certain it wasn't a pet because of how it sounded.

A door once slammed itself shut just after one of the dogs went into the room.

These experiences are years apart, so I've never been terribly worried about them. - Reddit.com

Exploding head syndrome may sound like something out of a science fiction movie, but in fact it's a very real sleep disorder. People with this sleep phenomenon are prone to experiencing loud and sudden noises as they transition in and out of sleep.

Researchers at Washington State University recently published a review of existing literature on exploding head syndrome, a first step toward raising awareness and better understanding this little-known sleep phenomenon. Their analysis of the syndrome reveals a range of symptoms reported by patients:

• Noises are loud and jarring, resembling the popping sounds of firecrackers or gunshots, the slamming sound of a door closing violently, or the boom of an explosion.
• These sounds may be perceived in one or both ears.
• Sometimes the sounds of explosive head syndrome are accompanied by flashes of light.
• In some cases, people will experience mild pain in addition to the noise disruption.
• Women appear to be more likely than men to suffer from this sleep disorder.

Exploding head syndrome appears not to be linked to any serious health consequences. But that doesn't mean it's not disruptive to sleep and well-being. These episodes can be highly disconcerting and frightening, creating anxiety about going to sleep that itself may become an obstacle to a regular routine of healthy rest.

This sleep disorder has received scant attention from the scientific community, but it's not a new phenomenon. Mention in scientific literature of the distinctive symptoms of what's now known as exploding head syndrome date back roughly 150 years.

The scientists who conducted the recent review speculate that this sleep phenomenon occurs when the body's process of transitioning to sleep fails to unfold in proper sequence. Rather than slowing down, certain areas of the brain may actually become more active during the movement from wakefulness to sleep, leading to the perception of loud noise. Other sleep disorders may contribute to an increased likelihood for this phenomenon, as may stress, fatigue, and psychological conditions.

Treatments for exploding head syndrome often include relaxation and exercise to relieve stress, avoiding alcohol, as well as treating other possible sleep issues.

Have you ever experienced this sleep phenomenon? If so, rest assured that the problem is not all in your head. Seek out the advice of a sleep specialist to help you find relief for this very real disorder. - THP

Hi everyone...do you love to read and would you like get your books for free? I'm looking for bloggers/reviewers and or Facebook posters to help me out in promoting my indie author clients. The books range from young adult, new adult, contemporary romance, paranormal romance, adult contemporary and erotica. I would need reviews to be posted on either Amazon, B&N, Goodreads, etc. I will supply all necessary links. In return I will give your pages a shout out and share on my Facebook blog page. I will also do a random monthly drawing, for a gift card, with everyone who participates.

Please email me and let me know if you're interested. 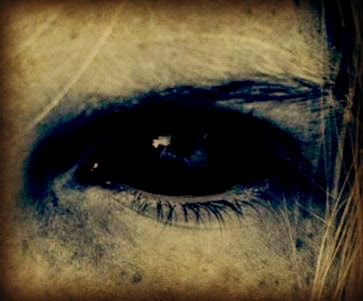 After this weeks LIVE show with Stacey Jones 'Ghost Cop', BTE Radio will be taking a brief Summer hiatus. We will return LIVE on August 3, 2014. Our July guests will be rescheduled for later dates. During the break, some of our archived shows will be presented in the Sunday 8-10PM time slot. Look for more news and announcements coming soon. Thanks for listening! Eric, Lon & Amy 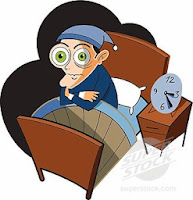 Did a Woman Stay Awake for 30 Years? Insomnia Explored

A Look Inside a Brain on Magic Mushrooms

Tibetans Are Related to a Now-Extinct Human Species

Do We Think With Our Bodies?

The Ancient Invention of the Water Clock


African Temples of the Anunnaki: The Lost Technologies of the Gold Mines of Enki

Gobekli Tepe: Genesis of the Gods: The Temple of the Watchers and the Discovery of Eden

Myths from Mesopotamia: Creation, the Flood, Gilgamesh, and Others (Oxford World's Classics)

Slave Species of the Gods: The Secret History of the Anunnaki and Their Mission on Earth