Searching For 3 Hours of Lost Time 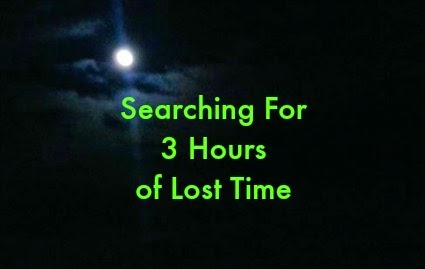 Pat Eudy was driving home in March 1979 when he noticed a bright light in the sky, after which his memory went blank..."missing time" of about three hours. A session with a psychologist allowed Eudy to reconstruct what happened. "[I remember being on] board (a UFO) and seeing an astronaut in a suit," Eudy said. The being stood about 5 feet tall..." Eudy asked a lot of questions about how the craft worked, and he was strapped to a chair where possible tests were performed. - MUFON UFO Journal - May 1982 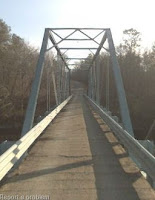 A two-hour session with Winston-Salem psychologist Richard Pinneau early this past summer unlocked a mystery that had troubled Pat Eudy for more than two years.

Eudy had been unable to account for approximately three hours of a night in March 1979. He thought he might have had a close encounter of the third kind - a face-to-face meeting, Inside a UFO, with a being not from this planet.

But Eudy, 46, a salesman for Callaway Cadillac-Oldsmobile Inc. In Monroe, wasn't sure. "I just couldn't get it off of my mind," he gaid. "It just kept coming back. I wanted to make sure...'

More than two years passed before Eudy wrote to a civilian UFO research center in Ohio, which referred Wadesboro UFO investigator Henry Morton to him. Morton interviewed Eudy and suggested he speak with Pinneau, who allowed Eudy to become relaxed and recall the rest of his memories of that night.

HERE'S WHAT Eudy remembered before and after the three-hour gap in his recollections:

After visiting a friend in Locust, with whom he drank two beers, Eudy headed for the home he shares with his mother, Gay Eudy, on U.S. 601 South.

"I left at 3 a.m. and started down that back road heading toward the Rocky River steel bridge," he said. "I've always looked at the stars and I saw a bright light in the sky..,"

Eudy's memory went blank at this point. The next thing he remembered, without Pinneau's aid, was driving south on Morgan Mill Road, at G. B. Helms' store, en route home.

He didn't recall how he'd traveled from the bridge, which connects Sikes Mill Road with Stanly County, to the store, a distance of about eight miles. Eudy arrived home about 6:20 a.m. "My eyes were just burning like anything," he said. "My skin had a sensation of stinging and itching."

The pain went away after several days. Eudy said he didn't seek medical aid, but treated his fingers and ankles with rubbing alcohol and lotion. He also put drops in his eyes to ease the discomfort.

His session with Pinneau has allowed Eudy to reconstruct some of what happened to him early that morning.

"The only thing I remember is being on board (a UFO) and seeing an astronaut in a suit," Eudy said. The being stood about 5 feet tall, and had two arms and two legs. Eudy said the being's face was covered by a dark-colored visor. "The person never spoke a word," he said.

He remembers he was first in a well-lit room. Both the room and the being's suit were a light, metallic color, Eudy said. He believes the craft was oval-shaped.

"The inside was designed like a cockpit of a plane," he said. "I wanted to know how it operated." Eudy now remembers asking a lot of questions about how the craft worked.

After a few minutes in the first room, Eudy was taken into a second room, which was darker than the first. "I was scared," he said. "I was put in a chair like a doctor's chair and strapped down. I think (he was) running tests on me." 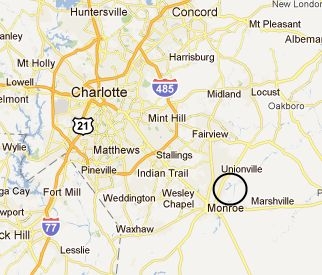 Pain in his fingers afterward made Eudy speculate the being took a blood sample from him for analysis.

In retrospect, Eudy believes the craft was propelled by some form of magnetism, and that it was able to pick up his car and move it. He said he still doesn't remember crossing the bridge over the Rocky River or entering or leaving the UFO.

He feels the relaxation process he underwent was a beneficial experience. "It brought back things I thought were true, and it eased my mind because I knew that I wasn't just dreaming up stuff." Eudy hasn't told many people about the experience or about his session with Pinneau.

Part of the reason for his relative silence has been his job as a salesman. "You don't want to put youself in a position where people are skeptical of you," he said.

EUDY SAID he Initially believed he should not become involved in the debate as to whether UFOs exist. Although he believed in them before that night, he acknowledged that many people still don't believe in them.

"Some people just don't believe they're other (beings) out there," he said.

But a concern that people who have seen UFOs might be inhibited from speaking up led Eudy to change his mind and agree to talk to The Enquirer-Journal about his experience.

"They're other people who've seen things and maybe now they'll step forward and tell it like it is," he said. - Henry Welles - Monroe Enquirer-Journal (Monroe, North Carolina), 9/27/81

High Strangeness - Hyperdimensions and the Process of Alien Abduction