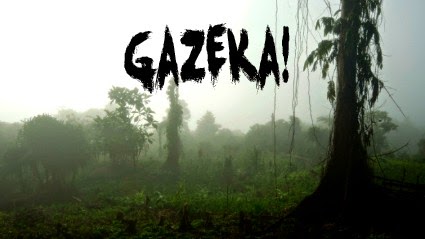 The Gazeka, also known as the Papuan Devil-Pig, was said to resemble a tapir or giant sloth, having a long, proboscis-like snout. There are some theories it may be the descendant of an extinct marsupial belonging to the family Palorchestidae.

An English traveler named K.A W. Monckton, journeyed to the western part of the British New Guinea at Mount Albert Edward. He discovered giant footprints and other recent signs of a large creature with cloven hooves, which apparently roams the grassy plains surrounding the lake on the slopes of the mountains at an altitude of about 3800 meters.

Monckton supposedly followed the trail all day, and came upon the beast at dusk, just as it was devastating a settlement of the pygmies. During the melee of screaming and running natives, Monckton shot his rifle as soon as he was in a proper firing position. It was said that the huge Gazeka at once turned upon him, as it reared upon its hind legs and stood approximately 25 feet high.

Two of Monckton’s bullets caused a stream of blood to flow freely from the animal’s shoulder. But before Monckton was able to reload the animal turned and fled. By that time it was too dark to follow it, and Monckton never had another opportunity capture the beast. 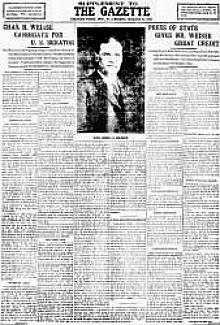 A 1909-1911 British expedition to the south of New Guinea, under the leadership of William Goodfellow, included many leading scientist of the day. An article in the Steven’s Point Wisconsin Gazette of August 31, 1910, stated that the expedition had made 'one of the most remarkable scientific discoveries ever made.' A 'prehistoric monster,' larger than an elephant had been discovered by 'scientists.' The article also described a 'marvelous race of pygmies' seen for the first time by modern science.

The article also stated 'according to the official reports, the Gazeka is of gigantic size and fearsome aspect. It is black and white striped, has the nose of a tapir and a face like the devil.' In the same article, Dr. W.D. Matthew of the American Museum of Natural History, saw a strong resemblance between the fearsome animal and a prehistoric monster known as the Diprotodon, the fossil remains of which are found all over Australia. 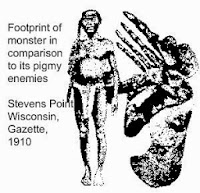 Several years ago, Brian Irwin, an Australian and a creationist, visited Papua New Guinea where he met with several of the inhabitants of the small islands of West New Britain. The witnesses stated that they had seen huge creatures which were described as living dinosaurs. These sightings had been recorded by the locals since the early 1990’s. Irwin detailed these eyewitness accounts in his book 'Theropod and sauropod dinosaurs sighted in Papua New Guinea?'

The Cryptopedia: A Dictionary of the Weird, Strange, and Downright Bizarre 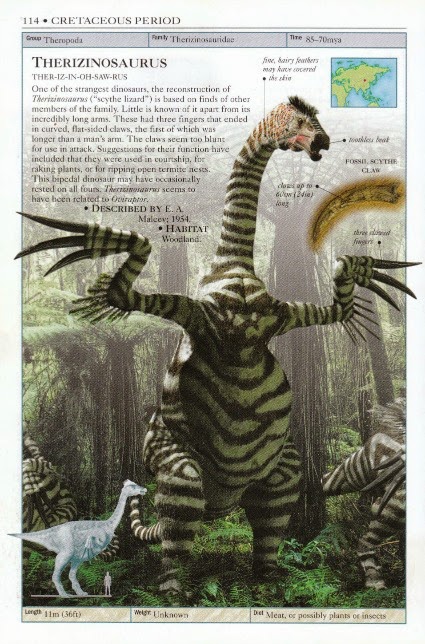