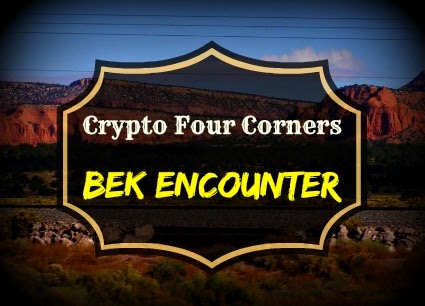 During a recent follow-up investigation, in connection with the Ultraterrestrial Assault Case, Crypto Four Corner's JC Johnson and his colleague Jack Cary encountered something that neither can explain. The incident occurred in the high desert around Gallup, New Mexico.

JC and Jack were in the backseat of a vehicle driven by a resident of the reservation, who was also accompanied by an acquaintance. The group was traveling on a dirt road on the high desert, along a rail line, searching for evidence related to the other case.

As they were observing the area from the car, they noticed an unidentified figure ahead of them. As they got closer, JC and Jack witnessed a female, seemingly in her late teens exiting the brush. The driver slowed the vehicle, though neither passenger in the front seemed to be uneasy or concerned by the presence of the female. In fact, they were busy talking to each other according to JC.


The description given by JC and Jack was not typical of what someone would expect in this isolated location. The female was Caucasian and had an attractive face and figure. Her face and hair were clean, though she was wearing 6-inch cork heels (wedge) and a filthy, tattered one-piece denim jumpsuit.

JC asked if she was 'OK'...in which she replied 'fine...everything I need.' At that point she looked directly at JC and Jack. They were both stunned by what they say...and how they reacted.


Her eyes were completely black in color...projecting evil and malice according to both witnesses. Immediately JC became disoriented and told the driver to leave...now! Jack became violently ill, almost to the point of throwing up. They both implored that they leave...though, the driver seemed to be unaware of what had happened. JC stated that he was totally confused as they eventually sped away...and that his head was 'burning' like an oven. Jack possesses spiritual healing abilities and attempted to alleviate some of JC's discomfort by transferring the pain through him. At the time, this greatly reduced JC's suffering, but led to several days of anguish for Jack.


After traveling several miles from the incident, they stopped the vehicle and got out to revitalize themselves. Oddly enough...JC looked back in the direction they had come from and noticed a figure in the distance walking towards them. They quickly got into the car and continued on their way.

The witnesses conferred with David Weatherly, who is a close colleague of JC and Crypto Four Corners. David is an authority on BEK phenomena and authored The Black Eyed Children

It has not been determined if this was a BEK (Black Eyed Kids) incident per se...though there is some indication that possible shapeshifting and/or spiritual malevolence may have contributed in this incident. The fact that both witnesses exhibited an extreme physical response during this encounter designates it as an eerie unexplained event. Lon

Here is an impromptu interview of Jack Cary by JC Johnson in reference to the possible BEK encounter. Cut / paste the URL if needed - https://www.youtube.com/watch?v=K70xe0NTT_s