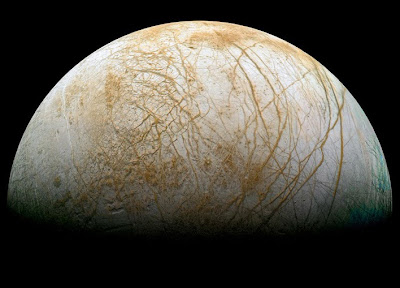 The following statement is from NASA Administrator Charles Bolden on the Obama Administration's budget request for the 2015 fiscal year:

"Today, President Obama released his Fiscal Year 2015 budget request for the nation, and there is a lot of good news in it for NASA. The president’s funding plan for America’s space program reaffirms the path we are on, and will keep us moving forward -- pushing farther in the solar system and leading the world in a new era of exploration.

"Through NASA’s work at all of our centers, our nation is recognized for scientific and technological leadership and knowledge-sharing that improves lives all around the world.

"Over the past six years, the Obama Administration has invested more than $100 billion in America’s space program, including the $17.5 billion that is part of this year’s budget. The president’s budget, once again, affirms the bi-partisan strategic exploration plan agreed to with the Congress in 2010. It keeps us moving toward the missions and breakthroughs of tomorrow even as it enables the tangible successes of today.

"This budget keeps us on the same, steady path we have been following – a stepping stone approach to send humans to Mars in the 2030’s. It's a path that has seen many recent successes, from the launch of the Global Precipitation Measurement mission last week -- the first of an unprecedented five Earth Science launches this year -- to returning space station resupply missions to U.S. soil with private American companies… to the power-up of Orion and the countdown toward its first flight test later this year… to the final mirrors for the James Webb Space Telescope being delivered.

"This budget ensures that the United States will remain the world's leader in space exploration and scientific discovery for years to come. The budget supports the administration’s commitment that NASA be a catalyst for the growth of a vibrant American commercial space industry, and keeps us on target to launch American astronauts from right here in the USA by 2017, ending our reliance on others to get into space and freeing us up to carry out even more ambitious missions beyond low-Earth orbit.

"We are committed to the International Space Station, and the latest extension guarantees we’ll have this unique orbiting outpost for at least another decade. This means an expanded market for private space companies, more ground-breaking research and science discovery in microgravity – and additional opportunities to live, work and learn in space over longer and longer periods of time.

"This budget keeps NASA’s deep space exploration program on track by funding the Space Launch System (SLS) and Orion crew vehicle to take American astronauts farther into the solar system than we have ever gone before. Our stepping stone approach to sending humans to Mars involves continued research on the space station, testing our new capabilities beyond the moon, exploring an asteroid and ultimately sending a crewed mission to the Red Planet.

"In order to carry out these pioneering missions, we have to develop technologies for our asteroid redirect mission that will lead to the subsequent first crewed mission to Mars.

"This budget funds all elements of that stepping stone approach, and actually increases funding for space technology development and other efforts that will support the first crewed flight of SLS to an asteroid.

"In the coming year, we'll build on our nation's record of breathtaking and compelling scientific discoveries and achievements in space, with science missions that will reach far into our solar system, reveal unknown aspects of our universe and provide critical knowledge about our home planet. It includes funding for missions to Mars and the formulation for a mission to Jupiter's moon, Europa. It also funds science missions already heading toward destinations such as Jupiter and Pluto and operating throughout the solar system, a mission to study our planet's magnetic system, and steady progress on the James Webb Space Telescope.

"Under this budget, our pioneering aeronautics research program will continue to focus on substantially reducing fuel consumption, emissions and noise – and help make the Next Generation Air Transportation System, or NextGen, a reality.

"All of the investments we make at NASA help drive technology and innovation, spur economic activity and create jobs. That is why under the president’s Opportunity, Growth, and Security Initiative, with Congressional approval, NASA will receive nearly $900 million in additional funding in FY15 to focus on specific priorities. This “invest in America” initiative recognizes that the type of innovation and technology development we do helps create opportunity, grow our economy and secure our future.

"The Fiscal Year 2015 budget advances NASA’s strategic plan for the future, and with it we'll continue to build on U.S. preeminence in science and technology, improve life on Earth and protect our home planet, while creating good paying jobs and strengthening the American economy.

"The passion and dedication of the NASA workforce has taken us to new heights over the past 50-plus years. Today, we build on that strong foundation and carry out new pioneering missions to lead the world and reach even higher. Working together, we turn science fiction into science fact and make the impossible possible."

Unmasking Europa: The Search for Life on Jupiter's Ocean Moon

Mission to Jupiter: A History of the Galileo Project - Comprehensive History of the Epic Exploration of Jupiter and its Moons, Io, Europa, Callisto, Failures and Triumphs (NASA SP-2007-4231)

A set of slides apparently showing UFOs are part of the latest batch of government documents leaked by NSA whistleblower Edward Snowden.

The slides belong to a Powerpoint presentation created by the British spy agency GCHQ. Three of the slides purport to depict alien spaceships, but they’ve been dismissed by one UFO expert as fakes.

“The first is a black and white picture of a UFO over Redbud, Illinois, taken on 23 April 1950, the second a screenshot of a UFO video by Arturo Robles Gil filmed in Mexico and the third was taken on 01 August 2011 by a holidaymaker at Black Head, Trenarren near St. Austell, Cornwall,” said Mr Watson, who lives in Plymouth.

“They have been explained respectively by skeptics as a hub cap thrown in the air, a deflated Mylar balloon and an out-of-focus seagull taking a poo.”

Mr Watson believes the document is really proof of government attempts at mind control and the slides are part of guidelines for spies on how to spread misinformation via the internet.

“The main evidence for the cover-up of UFO reports and manipulation of UFO beliefs, as revealed by the documents released by Edward Snowden, is contained in a Powerpoint presentation called, The Art Of Deception: Training For A New Generation Of Online Covert Operations,” he said.

“This was produced by the GCHQ, British secret intelligence agency and features 50 slides related to using the internet for psychological operations.

“It was produced by a unit called the Joint Threat Research Intelligence Group (JTRIG) for presentations to the US, National Security Agency (NSA) and other agencies.”

Mr Watson believes that governments know that supposed UFOs can be used to control the minds of citizens, so the fact that Snowden leaked the slides could be a big blow to the agencies that use the presentation to train spies.

“Government agencies are still aware of the power of the belief in UFOs, and that they are willing to use the internet to exploit these beliefs,” he said.

“Such deception can be used as a means of covering-up more mundane terrestrial activities - like the testing of secret aircraft or military exercises - or to undermine the credibility of ufologists.

“The overall point of the presentation is to discuss how the internet and modern media can be used to discredit people and to spread deception.

“Unfortunately, there is no explanatory text with the UFO pictures, so we can only speculate about what point they were being used to make.” - Western Morning News

With California in the grips of drought, farmers throughout the state are using a mysterious and some say foolhardy tool for locating underground water: dowsers, or water witches.

Practitioners of dowsing use rudimentary tools — usually copper sticks or wooden “divining rods” that resemble large wishbones — and what they describe as a natural energy to find water or minerals underground.

While both state and federal water scientists disapprove of dowsing, California “witchers” are busy as farmers seek to drill more groundwater wells because of the state’s record drought that persists despite recent rain.

The nation’s fourth-largest winemaker, Bronco Wine, says it uses dowsers on its 40,000 acres of California vineyards, and dozens of smaller farmers and homeowners looking for wells on their property also pay for dowsers. Nationwide, the American Society of Dowsers boasts dozens of local chapters, which meet annually at a conference.

“It’s kind of bizarre. Scientists don’t believe in it, but I do and most of the farmers in the valley do,” said Marc Mondavi, a vineyard owner whose family has been growing grapes and making wine since the mid-20th century in the Napa Valley. Read more at WashingtonPost

Virus Resurrected from Permafrost After 30,000 Years

A mysterious virus dating back 30,000 years has been discovered frozen in the Siberian permafrost.

Like something from the plot of an X-Files episode, scientists have been able to bring back to life a prehistoric virus that has managed to survive tens of thousands of years frozen in the ground.

While the newly revived virus is not believed to be harmful to anything other than single-celled organisms, concerns have been raised over whether other more deadly variants might one day be released as the planet warms up.

Of particular concern is the possibility that viruses that once plagued the Neanderthals might be capable of infecting humans now that our immune systems have lost lost the ability to deal with them.

"It is true that viruses will be archived in permafrost and glacial ice, but the probability that viral pathogens of humans are abundant enough, and would circulate extensively enough to affect human health, stretches scientific rationality to the breaking point," said marine virologist Curtis Suttle.

"I would be much more concerned about the hundreds of millions of people that will be displaced by rising sea levels than the risk of being exposed to pathogens from melting permafrost." Read more at Yahoo

Monsters Beneath Our Feet

Revealed: The UFO-Files of the German Secret Service BND

Life in the Primordial Cosmos

SCIENCE FICTION SECRETS: From Government Files and the Paranormal