Daily 2 Cents: Werewolf Terrifies Brazilian Locals -- Did He See Heaven? -- Farrah Fawcett From Beyond the Grave 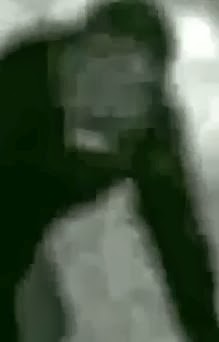 And it isn't the first time it has been spotted in the town of São Gonçalo de Campos, near Feira de Santana, in the state of Bahia.

The first person to have seen the legendary beast was a local man called Pingo.

He described it as a five-foot black monster that charged at him.

Pingo's tale of only just escaping with his life was initially met with laughter but now other locals have made reports of sightings.

A close-up shot of the mythical being has split commenters, with some believing it to be a man wearing a gorilla suit, while others believing it to have a "wolf-shaped head".

The government has slapped a 9pm curfew on the town, clearly taking the reports of the wandering beast seriously.

Click for video - THIS clip, taken from a garden in Brazil, has terrified locals who believe it to be a WEREWOLF

Tori Spelling has been talking with the late Farrah Fawcett - the 70s icon has sent her a message from beyond the grave.

Tori was seeing TV psychic John Edward in the hope of contacting her late father Aaron Spelling - who died in 2006 aged 83 - but was instead contacted by the late actress, who starred in the producer's show 'Charlie's Angels'.

Tori said: ''Farrah Fawcett came through in my reading loud and clear. It was real.''

Tori used to live near Farrah - who died of cancer aged 62 in 2009 - and says her former neighbor wanted her to pass a message on to her former partner Ryan O'Neal and their son Redmond about ''what she was doing and what was going on.''

The reality TV star - who has children Liam, six, Stella, five, Hattie, two, and Finn, 17 months, with husband Dean McDermott - later wrote a letter to Ryan about her psychic encounter, but has not heard back from the 72-year-old actor.

She added to 'Access Hollywood': ''She gave very specific details about things to tell them.

''I haven't heard from Ryan. I am hoping he understood what I was trying to say and doesn't think I'm some loony.'' - NL

Did He See Heaven?

An Ohio man whose heart stopped for 45 minutes after suffering a massive heart attack says he ended up on a heavenly pathway lined with flowers and spoke with his dead in-laws as doctors feverishly tried to get his heart going again.

Brian Miller, 41, recently suffered a massive heart attack involving his main artery and was doing well after receiving treatment at University Hospitals Ahuja Medical Center in Ohio, according to FOX 8.

Miller's heart, according to medical staff at the hospital, went into a deadly arrhythmia called ventricular fibrillation.

"His heart is just quivering in there. It's not able to pump. It's not doing anything," said Emily Bishop, Brian's ICU nurse. "He was down for close to 45 minutes."

While this was happening, however, Miller said he got a taste of heaven.

"She was the most beautiful thing when I seen her. It was like the first day I met her. [She] looked so happy," said Miller of his mother-in-law.

"She grabbed hold of my arm and told me, 'It's not your time. You don't need to be here. We need to take you back. You have things to go home and do.'"

He said after what felt like about 15 minutes, he also saw his father-in-law, Jack.

"Her husband, Jack, was back there waving at me giving me a smile. And she just told me to go home. And walked me back," he said.

Miller's heartbeat returned after that and he recovered miraculously with no brain damage.

"There is an afterlife and people need to believe in it big time," said the father of three daughters. - Christian Post

"It's been a weird day!" Freddy Fernandez says.

The weirdness began Tuesday morning when the pond outside his Wichita house took on a pinkish color. Within a few hours, it had turned blood red.

Fernandez says the pond is full of fish, and there's no indication any have died because of this. There's also no odor.

Fernandez took a photo last week of the pond when it was frozen-over. At that time, an unusual pink pattern had formed in the ice.

"I just don't want any zombies coming out of there!" he says.

Fernandez posted photos on Facebook, and within just a few hours friends have shared them around the world. Some suspect it's algae, while others wonder if it's caused by iron. There are all sorts of theories.

"I just don't want people showing up, thinking this is some Biblical phenomenon or something like that," Fernandez says.

We tried to get in touch with an expert to find out what may be to blame for the red water, but had no luck.


The Mammoth Book of Unexplained Phenomena

Unexplained Mysteries of the 20th Century