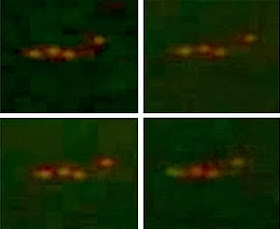 I was looking at the ISS live cam and captured this unusual large UFO near the ISS. I would estimate from its size that it's about 500 meters away from the ISS and could easily be as large as the space station itself.

The simple fact that this glowing UFO was visible so long, over 1 minute, and then vanished behind the ISS shows us that the object is between the Earth and the space station and is not a reflection on the window of the ISS. This confirms without a doubt that something was out there.

Sorry for my computer cursor circling the object, but I was excited. At the end of the video I put a close up of the UFO. It seems to have four round glowing parts to it. The ISS was on the dark side of the Earth and the UFO was between the ISS and Earth itself.

The astronauts were actually talking just 2 min before and after, but it was about the air-conditioning on the ISS and how to fix some unit so I didn't want to bore the viewers with that long wait. - Agora Cosmopolitan

If there's a choice between an afterlife and nothing at all, I'd plump for the former.

It gives us a peculiar kind of hope that there is more. And, in America, we know that more is always better.

Discussions surrounding the afterlife tend to focus on belief. One scientist, however, is suggesting that there might be firm evidence of a great beyond.

Professor Robert Lanza, adjunct professor at the Institute for Regenerative Medicine at Wake Forest University, is a proponent of biocentrism.

This turns our idea of the universe on its head. Instead of imagining that it's the universe that creates life, the idea is that the universe is a product of our own consciousness of it.

The Independent has thrust my consciousness toward Lanza's Web site, which attempts to reprogram the way we see, well, everything.

Take death, for example. This "cannot exist in any real sense," he says. This is a relief, as it does seem frightfully real when you watch it happen.

You know this is about to get complicated, don't you? Lanza offers: "Life is an adventure that transcends our ordinary linear way of thinking. When we die, we do so not in the random billiard-ball-matrix but in the inescapable-life-matrix."

Death is merely what we think we see. In fact, everything is. In Lanza's view, though: "By treating space and time as physical things, science picks a completely wrong starting point for understanding the world."

His starting point is biology. He does, though, toss in a little quantum mechanics to sway the realist doubters.

He points to the double-slit experiment. This helped show that particles aren't just the single elements they are perceived to be. Instead, they can act as two separate entities at the same time.

In essence, when we like to joke that someone might be living in a parallel universe, this might, in fact, be ultimately true of all of us.

I prefer to think, unlike many scientists, that we know precious little about our world. For all we know, that occasional sense of deja vu we get is somehow connected to Lanza's idea of the reality of perceptions.

At least he tries to get us to think about our own existence in a different way. The problem is, there never seem to be any lines of communication between one parallel universe and another.

I know that Ouija ladies and psychics claim to hear voices from some far beyond. What we lack thus far is a sense that those voices might be real.

If Professor Lanza can just find a way to make contact, perhaps we'll all become nicer people here on Earth, firm in the knowledge that there's no hurry.

What an interesting world it would be if we truly knew that there's going to be more. - CNet

Science and the Afterlife Experience: Evidence for the Immortality of Consciousness

Science and the Near-Death Experience: How Consciousness Survives Death 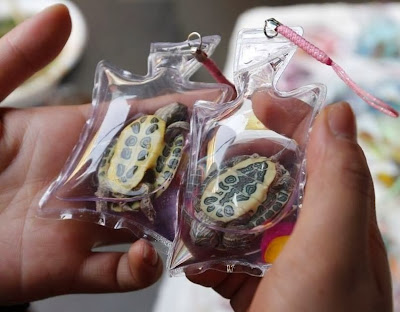 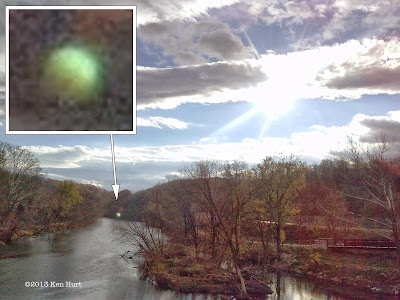 Roanoke, Virginia - 11/12/13 - coordinates ,37.266, -79.905,Focal Length 4.6mm,Exposure 1/3759,F Number f/2.8,ISO 200.Walking the greenway. Saw orb out of the corner of my right eye.Thought it was a bird at first. Orb was moving towards me in a straight line about 50 feet away, then saw it and grabbed my phone out of my pocket and started taking photos as fast as I could and got 3 pics before the orb took off very fast straight up and disappeared. My feelings were good because I busted an orb checking me out.Lost sight when it shot up in the sky. - MUFON CMS

Ponradha, 23, daughter of Palpandi of Lakshmimanagaram near Arumuganeri in Kanyakumari district was betrothed to be married to Sithiraivelu, 35, son of Jayaraman of Lakshmipuram in Kayalpattinam of the same district. The wedding was to be held on Wednesday and arrangements were on in full swing in the bride's hometown.

They had prepared to welcome the bridegroom on Tuesday evening and were awaiting his arrival when they were informed that he had gone missing. Sithiraivelu's family had claimed to the bride's family that Sitharaivelu had a quarrel with them on Monday and walked out of their home. Though they had been expecting him to come back as usual, he did not return, they had further said. Hearing this, the bride's family went into a frenzy, as a stopped marriage would affect the girl's future.

The news spread around the town of Lakshmimanagaram like a wildfire when Sivakumar, a relative of the bride who had come to take part in the wedding, agreed to marry Ponradha after his relatives persuaded him to do so. The wedding then took place as per the schedule, much to the relief of the family. The other guests who had come there also congratulated and appreciated Sivakumar for his timely gesture. - Times of India

15 Science Experiments You Can Do With Your Kids

Scientist proposes bond that will pay out when aliens are discovered

The Thai Temple Offering a Glimpse of Buddhist Hell