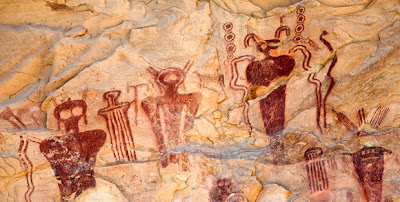 A balloon returned from a high-altitude flight this year covered in microscopic life forms which seemed not to be of this world - and reignited the debate over whether life on Earth actually began here, or somewhere else.

This year, other scientists have argued that life originated on Mars, due to a mineral found in Martian meteorites, thought to be crucial to the genesis of life. Another experiment showed that amino acids could have arrived in impacts with comets - which suggests life might be widespread in the solar system.

But a new book by American ecologist Dr Ellis Silver argues that humans may well not be from Earth - and may have arrived separately. Silver offers arguments, based on human physiology, that suggest we may not have evolved alongside other life on Earth - but arrived from elsewhere, brought here by aliens as recently as a few tens of thousands of years ago.

Silver, an environmentalist who is currently working with the effort to clean plastic debris from the Pacific, says his book aims to provoke debate - and is based on scientific work on the difference between humans and other animals. - Read more at Yahoo

Humans are not from Earth: a scientific evaluation of the evidence

A weaver had the shock of her life when two cows crashed through the roof of her home in Cornwall.

Sue Marshall was using her vacuum cleaner when she heard a crash and, on investigation, found an equally surprised cow standing in her workshop, having just missed the loom she had been using only a short while earlier.

After some careful manoeuvring, Mrs Marshall managed to get the animal out of her home but then a second cow plunged through the roof.

The animals had escaped from their field, situated above Mrs Marshall's converted barn, and walked down onto her house.

Mrs Marshall, from Lamorna, near Penzance, said: "I was hoovering at the time and heard an almighty crash.

"I assumed that a tree had come down. I was astonished to find that a cow had fallen through the roof of the workshop, narrowly missing my loom and leaving a huge hole in the roof.

"No sooner had I let the startled animal out than another one fell through another part of the roof! Both cows narrowly missed the loom, which was incredibly fortunate, and neither was injured. I was in absolute shock.

"The two cows were clearly distressed, the first careered out of the yard into an adjacent field, the second decided to hang around and made a bit of mess of the garden. I looked up at the fence and saw the rest of the herd looking on, a helpful neighbour came to our aid and made sure no more came through the fence.

"We had to make the workshop waterproof, but I wasn't able to continue working. It's been quite a stressful experience; the cows clearly thought that there was some good grazing on the other side of the fence.

"The boundary has been repaired now so hopefully we won't be getting any more uninvited guests."

Cornish Mutual , the insurer that is dealing with the claim said: "This very unusual case really does highlight the importance of keeping boundary fences in good condition." - Yahoo

The ancient genomes, one from a Neanderthal and one from a different archaic human group, the Denisovans, were presented on 18 November at a meeting at the Royal Society in London. They suggest that interbreeding went on between the members of several ancient human-like groups living in Europe and Asia more than 30,000 years ago, including an as-yet unknown human ancestor from Asia.

“What it begins to suggest is that we’re looking at a ‘Lord of the Rings’-type world — that there were many hominid populations,” says Mark Thomas, an evolutionary geneticist at University College London who was at the meeting but was not involved in the work.

The first Neanderthal and the Denisovan genome sequences revolutionized the study of ancient human history, not least because they showed that these groups interbred with anatomically modern humans, contributing to the genetic diversity of many people alive today.

All humans whose ancestry originates outside of Africa owe about 2% of their genome to Neanderthals; and certain populations living in Oceania, such as Papua New Guineans and Australian Aboriginals, got about 4% of their DNA from interbreeding between their ancestors and Denisovans, who are named after the cave in Siberia’s Altai Mountains where they were discovered. The cave contains remains deposited there between 30,000 and 50,000 years ago. Read more at THP 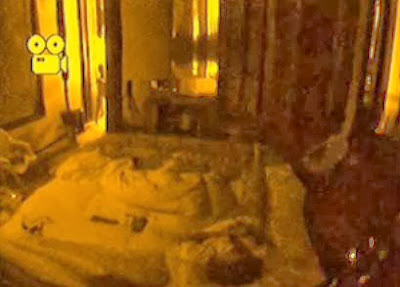 I had the opportunity to talk to David Eckhart on Friday...there has been a recent 'incident'. I plan to follow-up on this and a few other things that have been occurring. I want to thank Kathleen Marden, MUFON Director of Abduction Research, for her positive feedback...after her examination of the evidence in the Eckhart case. I look forward to MUFON's assistance as we go forward...Lon

NOTE: the videos & audio can be found at David Eckhart videos

This story has been around for a long time, which happened in the 1960s. Variations of the story come and go.

Jean Joiner was a miner from Nome who had a mine near Jade Mountain on Dahl Creek. The Jade Mountains are the westernmost peaks of the Brooks Range.

Jade Mountain is along the Kobuk River near Ambler and Shungnak, about 150 miles east of Kotzebue, the closest large town. Alaska’s state gem is jade, because of the dark green jade from this area.

Mr. Joiner told his story that he had killed a Bigfoot-like animal near his mine, which he thought was a bear at first. But when he looked at the “bear” he killed, he didn’t know what it was but it resembled a human being.

He got real scared of what he had killed and believing that he would get in trouble for it, he cut it up and threw the pieces into the stream near his mine.

Mr. Joiner eventually did tell some people about his kill. One of the people he told was a BLM representative from the Nome office, who also reported it. - Delta Discovery

Haunted Earth TV: HOUSE OF THE ANGELS - A Journey in England during the middle ages

Seven Signs the Exorcist You Hired Sucks at His Job

The Highpoint of a Cover-Up

The Problem With Nessie Photographs

If you like the show...give us your review!
Join the BTE Team at the 'Beyond The Edge' Radio Google+ Community
Announcements, videos, discussion, etc. coming your way!