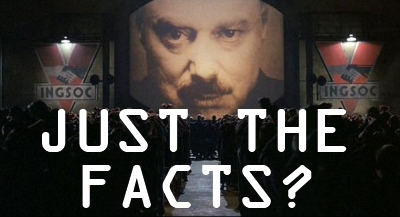 The Sun emitted its strongest solar flare so far this year today, causing a temporary radio blackout – and a bevvy of cameras have captured it.It’s gearing up to be a big solar max.

On May 12 the first in a series of flares lept from the sun, to be followed 24 hours later by the most powerful blast this year. On the flare scale, this one registers X2.8. X-class flares are the most powerful solar storms, with M-class in the middle and C-class the weakest.

The stream of charged particles and plasma was not directed at Earth, but did have noticeable side-effects. High-frequency radios were blacked out for more than an hour over the weekend, according to the Space Weather Prediction Center.

If the flare had been directed at the Earth, it could have posed a threat to satellites and communications infrastructure – as well as expose inhabitants of the International Space Station to a radiation storm. Continue reading at DavidRenke

Broomstick-flying witches to be brought down in Swaziland

MBABANE: Witches flying broomsticks in Swaziland above 150m will be subject to arrest and a hefty fine of R500 000, civil aviation authorities said yesterday.

Witches’ broomsticks are considered similar to any heavier-than-air transportation device that is airborne. The statute also forbids toy helicopters and children’s kites from ascending too high into the country’s airspace.

“A witch on a broomstick should not fly above the (150m) limit,” Civil Aviation Authority marketing and corporate affairs director Sabelo Dlamini said yesterday.

No penalties exist for witches flying below 150m.

How serious he was is hard to say. However, witchcraft isn’t a joking matter in Swaziland.

Dlamini was asked by the Swazi press to explain the country’s aviation laws following the arrest of a private detective, Hunter Shongwe, for operating a toy helicopter equipped with a video camera.

Shongwe boasted of using the device to gather surveillance information similar to the way a drone aircraft operates.

The detective was charged with operating an unregistered aircraft and for failing to appear before his chief to be questioned by traditional authorities about his toy drone, the first of its kind in Swaziland.

Swazi brooms are short, tied bundles of sticks, without handles, and Swazi witches are known to use them to fling potions about homesteads – but not for transport. – Independent Foreign Service

The report by the UN Food and Agriculture Organization says that eating insects could help boost nutrition and reduce pollution.

It notes than over 2 billion people worldwide already supplement their diet with insects.

However it admits that "consumer disgust" remains a large barrier in many Western countries.

Wasps, beetles and other insects are currently "underutilised" as food for people and livestock, the report says. Insect farming is "one of the many ways to address food and feed security".

"Insects are everywhere and they reproduce quickly, and they have high growth and feed conversion rates and a low environmental footprint," according to the report.

The authors point out that insects are nutritious, with high protein, fat and mineral content.

They are "particularly important as a food supplement for undernourished children".

Insects are also "extremely efficient" in converting feed into edible meat. Crickets, for example, need 12 times less feed than cattle to produce the same amount of protein, according to the report.

Most insects are are likely to produce fewer environmentally harmful greenhouse gases than other livestock.

The ammonia emissions associated with insect-rearing are far lower than those linked to conventional livestock such as pigs, says the report.

Insects are regularly eaten by many of the world's population, but the thought may seem shocking to many Westerners.

The report suggests that the food industry could help in "raising the status of insects" by including them in new recipes and adding them to restaurant menus.

It goes on to note that in some places, certain insects are considered delicacies.

For example some caterpillars in southern Africa are seen as luxuries and command high prices.

Most edible insects are gathered in forests and serve niche markets, the report states.

It calls for improved regulation and production for using insects as feed.

"The use of insects on a large scale as a feed ingredient is technically feasible, and established companies in various parts of the world are already leading the way," it adds. - BBC

Edible Bugs - Insects on Our Plates 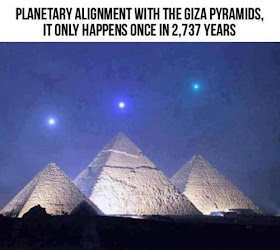 Humans naturally seem to resonate with the hermetic maxim “As above, so below.” We like the idea that the earth mirrors the stars. We even try to enhance this duality by constructing pyramids, temples, stone circles, henges, or sacred villages to reflect star patterns. Biblically speaking, God’s will shall be done “in earth as it is in heaven.”

But why did ancient astronomer-priests from diverse cultures around the world apparently focus on the constellation Orion as the supreme celestial template?

As some readers know, the primary “Orion Correlation Theory” (OCT) was developed in Robert Bauval and Adrian Gilbert in their international bestseller The Orion Mystery. The co-authors discovered an ancient “unified ground plan” in which the pyramids at Giza form the pattern of the belt of Orion. Continue reading at Redicecreations

The Orion Mystery: Unlocking the Secrets of the Pyramids

Man Clinically Dead For 40 Minutes Brought Back To Life

An Australian man dead for 40 minutes after going into cardiac arrest was brought back to life thanks to a new breakthrough resuscitation method.

The miracle comeback happened at The Alfred hospital in Melbourne, which has been testing a method using both mechanical CPR machine that performs chest compressions and a portable heart-lung machine to keep oxygen and blood flowing within the body. This keeps the body from suffering permanent disabilities while doctors work to restore heart function.

The result was a man dead for 40 minutes coming back to life.

Colin Fiedler, 39, went into cardiac arrest last June, and, for 40 minutes, he was clinically dead before finally being revived.

“I’m so grateful, more than I could ever say,” he told the Herald Sun.

It was be chance that he happened to be in the right place. While in the ambulance, paramedics asked him which hospital he wanted to go to, and he picked the right one.

“For some reason, I said The Alfred, which is pretty lucky, because they are the only one that has it,” he said.

The life-saving method could soon spread. Physician Professor Stephen Bernard said two years of trials have proven how effective the method can be, and he now hopes it will spread beyond Melbourne.

The company that makes the chest compression machine has already offered to make more of them.

“We are looking to where to best implement these machines around Melbourne,” he said.

Fiedler said his life has changed since being brought back from the edge of death. He has quit smoking and said he no longer stresses over the unimportant things in life.

The man who was dead for 40 minutes hasn’t been the only lucky one. There have been a total of seven cardiac arrest patients revived at The Alfred using the two-step combination of chest compressions and oxygenation. Two others were also dead for between 40 and 60 minutes. - Inquisitr

The Boy Who Came Back from Heaven: A Remarkable Account of Miracles, Angels, and Life beyond This World

Iron Heart: The True Story of How I Came Back from the Dead