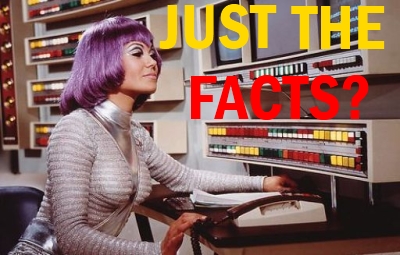 2nd sighting: Mantis Man sighting on the M'cong... this is no joke

NOTE: I was at the location a few weeks ago...taking photos and interviewing people in the area. I will be returning sometime this Summer for followup. Nothing more to report at this time. Feel free to contact me about related or other unusual experiences. Lon

When the United States carried out a successful test recently of an advanced high-speed, long-range weapon ostensibly designed to reduce U.S. reliance on nuclear arms in a crisis, it set alarm bells ringing in China. Far from reassuring Beijing, the May 1 test of the sleek hypersonic unmanned aircraft, known as the X-51A WaveRider, has added to China’s concerns that U.S. superiority in conventional weapons may make nuclear conflict more, not less, likely.

During the test, the WaveRider’s scramjet engine ignited high above the Pacific Ocean, thrusting the demonstrator to a speed of nearly 6,245 kilometers per hour (KPH), just over five times the speed of sound. Scramjet stands for supersonic combustion ram jet, which has no moving parts. Fuel is mixed with air rushing into the combustion chamber and then ignited to provide power.

The WaveRider flew for 3½ minutes on scramjet power, the longest such flight in history. At that speed, a flight from New York to Los Angeles could take less than 39 minutes.

While scramjet propulsion may one day be used in civil aviation and for outer space flight, the more immediate application is military. The U.S. Air Force, Army and the Pentagon’s research arm, the Defense Advanced Research Projects Agency (DARPA), have been testing various super-fast unmanned aircraft over the past few years as part of a futuristic program called Prompt Global Strike (PGS).

DARPA has been testing an experimental arrowhead-shaped plane, the Falcon Hypersonic Technology Vehicle 2 (HTV-2). It is an unmanned, rocket-launched, maneuverable craft that glides through Earth’s atmosphere at incredibly fast speeds.

The HTV-2 is designed to travel at 20 times the speed of sound, or Mach 20. This would cut the flying time between New York and Los Angeles to under 12 minutes, 22 times faster than today’s commercial airliners. DARPA says that the ultimate goal is “a capability that can reach anywhere in the world in less than an hour.”

The last flight test of the HTV-2 in April 2012 was only a partial success. After being released from its protective cover atop the rocket, it nose-dived back toward Earth, leveled out and glided above the Pacific at just over 20,900 kph for about nine minutes before the searing speed and heat caused parts of its carbon composite skin to peel away.

Initiated nearly a decade ago, after al-Qaida’s terrorist kingpin Osama bin Laden eluded capture in Afghanistan, these PGS tests are intended to develop a weapon armed with a nonnuclear high explosive warhead that could strike targets anywhere in the world in an hour or less.

The U.S. Quadrennial Defense Review Report in 2006 said that the PGS weapons would hit “fixed, hard and deeply buried, mobile and re-locatable targets.” At present, the only way the U.S. could with any certainty destroy such targets in an hour or less would be to use submarine-launched long-range ballistic missiles or U.S.-based intercontinental ballistic missiles (ICBMs).

Like the PGS weapons now being tested, these rocket-assisted weapons travel at hypersonic speeds. However, they are all armed with nuclear warheads. So the result of a strike could be devastating, globally destabilizing, and out of all proportion to the terrorist or other threat.

Among early PGS plans were proposals to retrofit a small number of existing U.S. submarine-launched missiles or land-based ICBMs with conventional warheads. But Congress in Washington refused to fund these plans because of concerns that Russia and other nuclear powers would be unable to distinguish between a PGS launch and nuclear weapons launch, raising the risk of an unintended nuclear missile exchange.

Since then, the list of potential PGS targets has grown as terrorist groups and missile-armed states hostile or potentially hostile to the U.S. have increased in number.

A conference hosted by the U.S. Strategic Command last August discussed instances in which the White House might some day order a nonnuclear rapid strike. They included a sudden move by China toward destroying a critical U.S. or allied communication satellite by rocket or laser, a danger accentuated by what U.S. defense officials say was a high-altitude Chinese anti-satellite test on May 13, the third reported since 2007.

They also included a North Korean ballistic missile being readied for launch against U.S. allies Japan or South Korea, or against U.S. bases in either of those countries or on the U.S. island territory of Guam in the western Pacific. Iranian long-range missile launches, and terrorist assembly points for nuclear explosive devices or so-called dirty bombs that use conventional explosives to spread radioactive material, might be other reasons for a PGS weapon to be used.

The latest PGS tests by the U.S. worry Russia, but they worry China more because it has far fewer nuclear-tipped missiles that can reach the U.S. than Russia, and less effective systems for destroying incoming missiles than Russia. U.S. analysts estimate that China currently has a total of only a few dozen nuclear-armed ICBMs that can strike the U.S.

• The ballistic missile defense systems that the U.S. and its allies had deployed, or were planning to deploy, in the Asia-Pacific region could intercept residue Chinese nuclear weapons launched for retaliation after China had been attacked, thus potentially negating the deterrence effect of the Chinese nuclear arsenal.

• The U.S. was developing a series of conventional strategic strike capabilities. When deployed, they could be used to hit China’s nuclear arsenal.

Hu Yumin, a senior research fellow at the China Arms Control and Disarmament Association, wrote in January that the U.S. aimed to combine PGS with its space and anti-missile technologies to “form an integrated defense system, which could render other countries’ strategic weapons, including nuclear arms, almost useless.”

Hu was clearly referring to China. He added that this could put such countries in a dilemma: Either they would lose the ability to launch a strategic nuclear counter-attack or they would have to use nuclear weapons first to avoid devastation.

Chinese concerns are recognized by some U.S. officials and analysts. With swinging cuts in military spending biting in the U.S., the most likely outcome is a modification of the PGS program.

Existing shorter-range and slower-moving U.S. cruise missiles, launched from aircraft or submarines, could be used to strike PGS targets, while expensive research and development of hypersonic weapons is put on the back burner, at least for the time being. - Japan Times

The Department of Mad Scientists: How DARPA Is Remaking Our World, from the Internet to Artificial Limbs

The Geeks of War: The Secretive Labs and Brilliant Minds Behind Tomorrow's Warfare Technologies 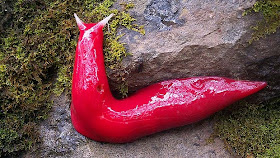 High in the mists that shroud Mount Kaputar, near Narrabri in north-western NSW, scientists have discovered a secret world.

By day it is an isolated pocket of snow gums, wrapped in straggling native vines.

People tend to focus on the cute and cuddly bird and mammal species like koalas. But these little invertebrates drive whole ecosystems.

But on rainy nights, it is the domain of giant, fluorescent pink slugs - up to 20 centimetres long - and carnivorous, cannibal land snails that roam the mountaintop in search of their vegetarian victims.

''It's just one of those magical places, especially when you are up there on a cool, misty morning,'' said Michael Murphy, a national parks ranger for 20 years, whose beat covers the mountain top.

''It's a tiny island of alpine forest, hundreds of kilometres away from anything else like it. The slugs, for example, are buried in the leaf mould during the day, but sometimes at night they come out in their hundreds and feed off the mould and moss on the trees. They are amazing, unreal-looking creatures.'' Read more at SMH

This summer Australian theater goers will be able to enjoy a production unlike any other, a play on alien abductions. The play is titled Alienation, and is based off of interviews with Australians who believe they have experienced real alien abductions.

The production notes say that the play is for skeptics and believers alike, and it is thought-provoking as well as witty and “bitingly” funny. Rock ballads that “shaped this generation’s view on space,” are also infused throughout the performance.

According to Perth Now, one collaborator with the play’s development is Mary Rodwell, a counselor and therapist who helps people who believe they have been abducted by aliens. She told Perth Now that she has been doing this work for almost two decades, and since she started over 1200 Australians have come seeking her help.

To help those seeking information, Rodwell started the Australian Close Encounter Resource Network (ACERN), and has also initiated the Perth UFO Abductee Contactee Support Group, where people can share their experiences with others who have had similar experiences. She has written a book on her research titled Awakening

Rodwell told Perth Now, “It’s all very X-Files but the truth is we live in a universe of billions of stars and it’s very unlikely that we’re the only life.”

As for the experiences, she says:

“A beam of light takes them up to a small craft which takes them to the mothercraft. Presences around them. Bright lights. They are put on to a table where certain medical procedures are done. They’re also taught things on the craft. Some remember things consciously, particularly children. Most have a missing time episode. They may find marks on their body, strange needle marks like fine microscopic surgery. Some are left with tiny implants.”

Rodwell says she thinks the experiences are part of an extraterrestrial program of “slow desensitization” to their presence. - Open Minds