Is Ted Bundy Back? 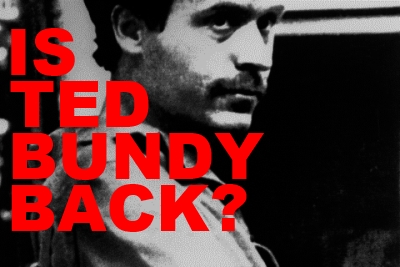 As if the past few weeks couldn't get any stranger. It would appear that the ghost of Ted Bundy is once again showing up at the Florida State Prison in Raiford, Florida (now known as Union Correctional Institution) according to a current inmate at the facility:

I'm a resident of UCI in Bradford Co, FL. serving a life sentence. For many years I heard the rumors of Ted Bundy's ghost appearing and didn't believe it. Now, my mind has changed. I and other residents (including staff) have witnessed the ghost on many occasions. It is definitely Bundy. It comes in the early morning before dawn in our housing unit and in different cells. He's always smiling. It's a white-blue mist but very detailed. Some of the other residents claim to hear him talking. I have not heard that yet. Any suggestions on how this can be taken care of?

In 2008, the reports coming from the prison were very strange. It appeared that the ghost of Ted Bundy showed up and terrorized prison guards and inmates. A guard who asked not to be identified said that Bundy's ghost appeared in the area where he was executed and in his former cell where he spent his last hours before being put into Florida's electric chair.

Up until the end Bundy tried to save his life by offering to tell where more bodies were buried, but eventually officials refused to give him any more time and he was executed. The 2008 reports of his ghost leaked out of the prison. It was reported that the Warden's staff even threatened to fire guards if they spread the story of Ted's ghost being at the prison. It is also rumored that some guards were scared into quitting their jobs because of Bundy's spectre.

Now, out of the blue, I receive this email. I checked the address and it was definitely sent from the facility named. So is Ted Bundy back? Did it actually come from an inmate...or possibly a guard? Maybe I'll receive further information.

The Stranger Beside Me

The Only Living Witness: The true story of serial sex killer Ted Bundy

The Bundy Murders: A Comprehensive History