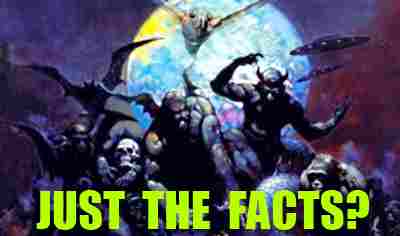 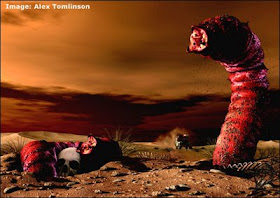 The 'Mongolian Death Worm', called olgoi-khorkhoi by the local population is a legendary animal with an unconfirmed existence that has preoccupied the imagination of the inhabitants and travelers in the region. It is said to inhabit the southern Gobi Desert where it terrorizes travelers with its deadly abilities to project acid that, upon contact, turns anything it touches yellow and corroded.

Two new sub-species of earthworms, Eisenia nordenskioldi mongol and E. n. onon, are reported from the same region. Although neither of them possesses the fatal characteristics of olgoi-khorkhoi, the sibling species exhibit the ability to partly regrow body parts when cut in two. Relatives of the sub-species are found in habitats as diverse as high mountains, deserts and geothermal hot-springs. They demonstrate extreme temperature tolerances and survival ranges thriving in environments from as little as -30°C up to +40°C.

E. nordenskioldi mongol has its name derived from the region of discovery. The name E. n. onon bears more romantic connotations, being inspired by the Onon River in Outer Mongolia, where Genghis Khan was born and grew up. The region is also supposed to be the resting place of this historical figure that inspires stories of great conquests, victories and brutality.

Earthworms as a group organisms have other more tangible, importance from an ecological point of view. Charles Darwin, for example, spent 50 years of his working life studying these humble worms. They are key organisms for monitoring and maintaining soil fertility. Earthworms are also the basis of food-chains as the Early-bird and any fishermen knows.

Whether olgoi-khorkhoi really exists, and whether the two new sub-species of the Siberian E. nordenskioldi species-complex are in any way related to it, is yet to be. - Science Daily

Badass: The Birth of a Legend: Spine-Crushing Tales of the Most Merciless Gods, Monsters, Heroes, Villains, and Mythical Creatures Ever Envisioned

NASA has no plans for manned lunar missions

NASA chief Charles Bolden says the space agency won't be sending astronauts to land on the moon any time soon, according to press reports.

The U.S. space agency won't lead the way back to the moon in the foreseeable future in order to maintain its focus on manned missions to an asteroid, and eventually Mars, Bolden said during a joint meeting of the Space Studies Board and the Aeronautics and Space Engineering Board last Thursday (April 4), according to a SpacePolitics.com report by Jeff Foust.

"NASA will not take the lead on a human lunar mission," Foust quoted Bolden as saying. "NASA is not going to the moon with a human as a primary project probably in my lifetime. And the reason is, we can only do so many things."

Instead, he said the focus would remain on human missions to asteroids and to Mars. "We intend to do that, and we think it can be done," Bolden said.

Bolden's comments on new manned moon missions came in response to a suggestion that the scientific community, as a whole, is not enthusiastic about pushing ahead with a manned mission to an asteroid by 2025 — an idea endorsed by President Barack Obama in 2010.

In April 2010, Obama called on NASA to pursue the manned asteroid mission as a precursor to sending astronauts to Mars in the mid-2030s. That new space vision, unveiled just after Obama canceled NASA's moon-oriented Constellation program, which sought to send astronauts on new lunar landing missions, in favor of the asteroid and Mars plan.

During the April 4 meeting, Bolden apparently made it clear that NASA does not plan to lead the charge back to the moon's surface.

"I don’t know how to say it any more plainly," Bolden said, according to Foust. "NASA does not have a human lunar mission in its portfolio and we are not planning for one."

With Obama now in his second term, Bolden also warned that if the next presidential administration chooses to make another major course change in NASA's human spaceflight program, such a change would mean "we are probably, in our lifetime, in the lifetime of everybody sitting in this room, we are probably never again going to see Americans on the moon, on Mars, near an asteroid, or anywhere. We cannot continue to change the course of human exploration."

NASA made history on July 20, 1969 when Apollo 11 astronauts Neil Armstrong and Buzz Aldrin became the first humans ever to walk to on the moon. Five more successful moon landings would follow until 1972, when the series ended with NASA's Apollo 17 mission.

Since then, NASA has launched many unmanned missions to the moon, including the prolific Lunar Reconnaissance Orbiter, which has actually photographed the Apollo moon landing sites and is still active today. In the last decade, Japan has explored the moon with its Kaguya orbiter, while India explored the lunar surface from orbit with its Chandrayaan 1 spacecraft. China has launched two orbiter missions to the moon, Chang'e 1 and Chang'e 2, and is preparing to launch a third flight — the Chang'e 3 mission — later this year that is expected to include an orbiter, lander and rover. - Space

Lunar Prospector: Against All Odds 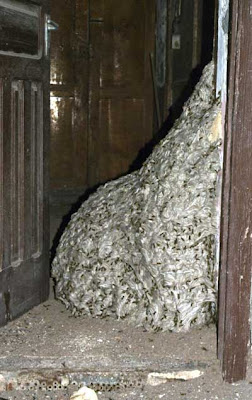 Police in San Sebastián de la Gomera in the Canary Islands have cordoned off an abandoned house after finding a seven-metre-long wasp nest.

Officers were called out by worried neighbours of the empty home in the island's capital and say the nest was in an indoor hallway and contained literally millions of wasps.

Experts have examined the nest, which is said to be 21'9” in length, and say the common type of wasp found in gardens would never normally build a nest of this size.

They believe it must be an invasive species of wasp which had migrated from Africa. The Canary Islands are less than 100 kilometres from Morocco by water. Authorities have been unable to trace the owner of the house. 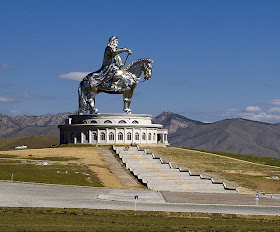 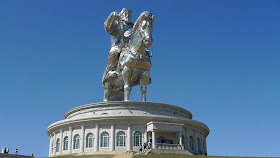 Just over thirty miles east of the Mongolian capital of Ulan Bator the old Emperor, Genghis Khan, rides again. Sat atop his horse, surveying his dominion (which was after his death to become the largest contiguous empire in history) a huge 131 feet statue of Genghis Khan dominates the steppes of Mongolia.

Genghis Khan and the Making of the Modern World

The Rise and Fall of the Second Largest Empire in History: How Genghis Khan's Mongols Almost Conquered the World

We recently covered a two-headed bull shark fetus that was found by a fisherman and described by scientists in a journal. That story got more than ninety comments and more than four thousand Facebook likes, and it got us thinking about what other two-headed creatures might have been found.

So in lieu of this week’s Freshwater Species of the Week, we did some research and put together this short list of some of the more interesting two-headed animals.

As we recently reported, the two heads typically arise through a process called “axial bifurcation,” in which the embryo doesn’t finish splitting into twins. This condition has been seen in a number of animals, including human beings.

In addition to gawking at their strangeness, we suspect there may be things scientists can learn from these oddities, such as how living things develop in the womb, and how complications can arise. Life can require very complex processes, so it is perhaps not surprising that sometimes things don’t quite work out according to “plan.”

Many of our readers speculated that the two-headed bull shark was the result of pollution or even radiation from Fukushima. But it’s very difficult to pin one abnormality on any particular environmental factor or event, and sometimes things just go wrong on their own.

The lead scientist who studied the unusual bull shark specimen, C. Michael Wagner of Michigan State University, had told us, “In and of itself, this single natural history observation does not tells us anything Earth-shattering about the health of the world’s oceans or populations of bull sharks. It’s simply a rarely observed phenomena that we recorded.” - Nat Geo