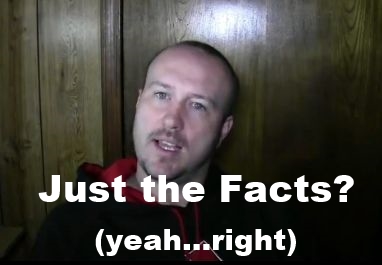 Statement: Rick and Lily Dyer under investigation by the FBI!

The following statement was recently published on another site:

A source recently informed that the FBI came to the home of Rick and Lily Dyer in Las Vegas, Nevada on Thursday, April 25, 2013. Two agents knocked on their door and said they wanted to speak to Rick. Rick told them he did not want to talk to them and told them to talk to his attorney instead. Later that day, the agents came back with a warrant and confiscated two laptops and a desktop computer.

Rick was upset because there was financial information on the computers and he was worried about going to jail. The investigation against Rick centers around “interstate fraud,” whatever that means, but it is probably related to mail and wire fraud and related RICO statutes. It looks like Rick and Lily Dyer are going to be lawyering up.

A couple of other people associated with Dyer may be under investigation also.

Also though Dyer haters will probably say that this investigation is related to Rick pulling a hoax or fraud around the killing of Hank the Bigfoot, I do not think that is what is going on here.

Because the fraud was conducted across state lines be collecting membership fees from all over, the FBI gets involved and its a federal offense. These laws were originally written up to get mobsters, but since then, they have often been used to bust politicians and corporate officials for various types of corruption and fraud. The head of Enron, Jeffrey Skilling, and Conrad Black, Canadian newspaper magnate, both went down on these laws recently. There has been some controversy about whether these laws are too broad, and a recent Supreme Court case limited the scope of the law. See the Wikipedia article on honest services fraud for more.

NOTE: I have further information on this situation but I have decided to not disclose anything further since it cannot be 100% confirmed at this time. Nonetheless...it looks like Ricky D. has gotten himself and his associates on the wrong side of the law. Lon

A Treasury of Deception: Liars, Misleaders, Hoodwinkers, and the Extraordinary True Stories of History's Greatest Hoaxes, Fakes and Frauds 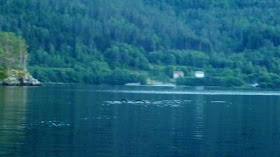 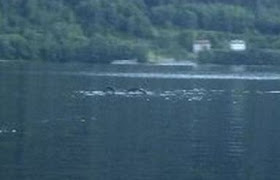 Andreas Solvik said he was in “no doubt about it. We saw what we saw,” he told broadcaster NRK, Friday.

There has been much talk over the years about whether there is a monster in the lake. At 514 metres (approximately 1,686 feet), Hornindalsvatnet is the deepest in Europe.

The men claimed they spotted the creature at 21:30 after seeing ripples in the water and do not believe a boat passing at the time caused the ripples.

They took their boat to that area of the lake after allegedly seeing the serpent in the water the men took, but the creature was gone by the time they arrived, according to Mr Solvik.

The men contacted the local newspaper, Fjordingen, and showed them the pictures they had taken of the creature.

Its editor, Bengt Flaten, did not doubt the story the men gave. He said that the pictures clearly show something in the water and vouched for the man as he knows them.

Describing the pictures, Mr Flaten declared, “We can see two arches, then the tail section at the back, and one can see what is probably the head at the other end.”

This is not the only story surrounding mysterious creatures in lakes. The most famous is the Loch Ness Monster in Scotland.

Sightings of the Loch Ness Monster have been reported in the press for almost 80 years. - theforeigner

NOTE: Well, this story certainly went viral...though, trying not to seem too cynical, this may have been a ploy to prop up the tourist trade. We'll see...Lon 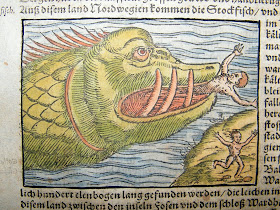 Hornindalsvatnet is Norway's and Europe's deepest lake, officially measured to a depth of 514 metres (1,686 ft). Its surface is 53 metres (174 ft) above sea level, which means that its bottom is 461 metres (1,512 ft) below sea level. The village of Grodås lies at the eastern end of the lake in Hornindal and the village of Mogrenda is located on the western end of the lake in Eid. The E39 highway runs past Mogrenda and the lake.

Since the age of the Vikings there have been tales of creatures from Norway's depths. Dragons are commonly known as Lindworms, monstrous serpents with or without hind legs though less likely to inhabit water. In Norway, tales of marine monsters appear vary throughout the country. The coasts of Norway are reportedly haunted by the terrifying Kraken. Sea serpents, with their glowing eyes and long manes, are said to live in varied locations. The Norwegian lake Seljordsvatn is famous for its claimed inhabitant, a serpent known as Selma.

More human but equally terrifying is the Draug (Ghost of the Sea), a skeleton dressed in oilskins and sou’wester, sailing in a halfboat. If fishermen or sailors see him, they know that they’re almost certain to drown. Some times he’ll go ashore and sit in newly built boats. People sitting where the draug has been seated are bound to drown. Before the ship goes down, the halfboat will turn up and sail along with the ship and lead it into dangerous waters.

Then there is the Nøkken, a water being, found in lakes and rivers. It's a shapeshifter and can turn up as a handsome young man playing the fiddle or the harp so beautifully that people go into the water without recognising that they can’t swim, and then they drown. Other times he shows himself as a white horse, walking invitingly near the river - or lakeside, but if you try to ride this horse, he will jump directly to the bottom of the water with you. He can also be seen as a ghastly head with glowing eyes, easily taken for a small island with red lights. 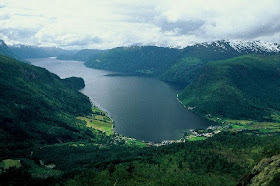 As for Hornindalsvatnet, eels are known to inhabit the lake, but these don't grow nearly to the size of the creatured reported. According to a friend familiar with Norwegian lore, there have been tales of magical beings around Hornindalsvatnet since the 16th century...but he is not familiar with reports of water creatures 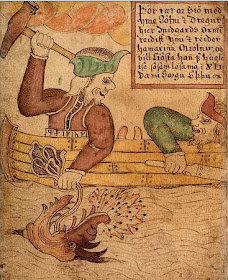 Mystery and Lore of Monsters

Mythical Monsters, Cryptozoology: A Study on the Dragon, Unicorn, Phoenix and Other Species (Forgotten Books)

A team of Russian ufologists and paranormal researchers are making the claim that the meteorite that exploded over Russia back in February of this year was actually blown up by several buried ancient alien metal structures located in Siberia. The team has even announced that they have interviewed at least 4 witnesses that seen these metal cauldrons rise up out of the ground and shoot "laser like" beams into the sky. The witnesses claim to have seen this only minutes before the explosion happened which ended up injuring over 1100 people in Russia. What is amazing is that scientists have estimated that the meteor was over 55 feet in length and weighed in excess of 10,000 pounds. This would make this meteor the biggest to enter earth's atmosphere since the Tungunska one hit more than a century ago. But the most amazing thing is that the Tunguska explosion is also believed to have been caused by these ancient alien defense systems according to several researchers.

Just last year, a team of several researchers and scientists went on an expedition to try and locate these metal objects and they announced that they had indeed found several large metal objects that were buried in swamp like marshes in Siberia. Unfortunately, the team was not able to obtain any samples and plans on returning this year in the summer months to do more thorough research and testing to determine exactly what the objects are. More information from the expedition and their findings can be found here: scienceray.com/earth-sciences/geology/scientists-prove-ancient-alien-cauldrons-in-siberia-are-real.

So, what exactly are these metal cauldrons? According to believers, there are a total of five large metal defense systems that were left here by an advanced ancient alien species in the remote past to protect the planet against large meteor, asteroid, and comet impacts. Some researchers even believe that they protect the planet against hostile alien races visiting planet Earth too. Apparently the objects remain buried until they get somehow activated when a threat is detected, they then rise up out of the ground and shoot high energy or laser like beams at the incoming threat until the object is blown apart. And this is exactly what the eyewitnesses claimed to have seen with at least two of the objects before the Russian meteor exploded in February. Both objects rose out of the ground, aimed a turret like canon at the meteor and then shot several beams at it. Once the meteor was blown apart, both of the metal objects sank down into the ground and were covered over with several feet of marsh water again. The researchers who interviewed the eyewitnesses told local reporters that the location of the accounts is exactly where they found the five metal objects last year and they are definitely returning in several months when the weather improves.

So, what will they find? Will we actually get confirmation of alien artifacts left here on Earth? Will we be able to use or duplicate the technology? Will anything be found at all and even if it is, will information get out to the general public? I know I have my own opinions on this but what's yours? As always, stay tuned, my friends, it is going to be a weird ride. - Bubblews
Lon Strickler at 1:57 PM
Share
‹
›
Home
View web version