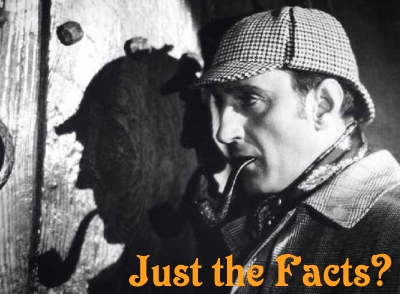 You Can’t Tell the People?: Margaret Thatcher and UFO secrets

The death of ‘Iron Lady’ Margaret Thatcher has deprived UFOlogists of an answer to an enduring question: what did she really know about Britain’s Roswell incident?

Thatcher, who died on 8 April aged 87, was 19 months into her first term as Prime Minister in 1980 when US airmen at the nuclear-armed twin airbase RAF Bentwaters-Woodbridge reported ‘unexplained lights’ (UFOs) hovering above Rendlesham Forest in Suffolk.

The ‘Rendlesham Forest’ incident happened at the height of the Cold War when tensions in Poland – then behind the Iron Curtain -were reaching crisis point. In the years that followed, the Ministry of Defence drew up secret plans to base US cruise missiles at RAF Greenham Common and US airbases in eastern England and was keen to avoid drawing attention to a persistent story about a UFO landing near one of them. Continued reading at Dr David Clarke

Want to go to Mars? Dutch organisation Mars One says it will open applications imminently. It would be a one-way trip, and the company hopes to build a community of settlers on the planet.

Uncharted waters, mountains or far away lands have always drawn explorers. History books show that desire for adventure, even in the face of extreme danger, did not deter the likes of Columbus or Magellan.

So it is perhaps not surprising that Mars One has already received thousands of prospective applicants. But there is no return - unlike the mission which hopes to fly to Mars and back in 2018.

Watch how Mars and Earth ended up with such different atmospheres
Future explorers take note. Applicants must be resilient, adaptable, resourceful and must work well within a team. The whole project will be televised, from the reality TV style selection process, to landing and beyond.

On a visit to the BBC's London office, Mars One's co-founder Bas Lansdorp explains why this would be a one-way flight.

During the seven-to-eight month journey, astronauts will lose bone and muscle mass. After spending time on Mars' much weaker gravitational field, it would be almost impossible to readjust back to Earth's much stronger gravity, says Landsorp.

Successful applicants will be trained physically and psychologically. The team will use existing technology for all aspects of the project. Energy will be generated from solar panels, water will be recycled and extracted from soil and the astronauts will grow their own food - they will also have an emergency ration and regular top-ups as new explorers join every two years.

But is it realistic to believe that individuals could live and prosper on the Red Planet?

Mars is in the firing line of the Sun's high energy particles, called solar wind. The atmosphere of Mars is very thin as the solar wind is thought to have stripped much of it away.

On Earth, we are protected from the solar wind by a strong magnetic field. Without this, it would be much more difficult to survive. Although Mars once had similar protection about four billion years ago, today there is no such shield protecting it.

The Martian surface is therefore extremely hostile to life, says Dr Veronica Bray, from the University of Arizona's Lunar and Planetary Laboratory, who is sceptical about the project.

There's no liquid water, the atmospheric pressure is "practically a vacuum", radiation levels are higher and temperatures vary wildly, she says.

"Radiation exposure is a concern, especially during the trip. This can lead to increased cancer risk, a lowered immune system and possibly infertility."

To minimise radiation, the project team will cover the domes with several metres of soil, which the colonists will have to dig up.

"I have no doubt that we could physically place a human being on Mars. Whether they'd be able to survive for an extended period of time is much more doubtful," adds Dr Bray.

Ambassador for the project, Professor Gerard 't Hooft, a recipient of the Nobel Prize for theoretical physics in 1999, admits there are unknown health risks. He says the radiation is "of quite a different nature" than anything which has been tested on Earth.

I'll try to be in the first few to take the plunge.

My natural curiosity is what drives me. I am a scientist because I like to discover and know things. I am continually fascinated by the world around me. Travelling to Mars to continue that exploration seems like the next step.

I am motivated to apply because Mars One is asking for people who will not only be able to face the rigours of space but also the daily struggles of communal living. I believe I can face and conquer these challenges.

A one-way ticket does scare me but not enough to dissuade me. Successfully living on Mars will be the single greatest achievement of my life and so I am glad to put aside my concerns in the hope of something better.

"They [the applicants] will be told that there are risks, but it will be our responsibility to keep the risks within acceptable odds."

Nasa astronaut Stan Love knows first-hand the difficulties with technology that his colleagues have experienced on the International Space Station in low-Earth orbit.

The apparatus which recycles human waste and turns "yesterday's coffee into into tomorrow's coffee needs frequent maintenance and would likely not survive years of continuous duty on Mars", he says.

Love has recently returned from Antarctica which he says is a "picnic compared to Mars".

"It's full of water, you can go outside and breathe the air. It's paradise compared to Mars and yet nobody has moved there permanently."

Although dubious about the funding, the technology and the impact of radiation, Love applauds small enterprises like Mars One.

He strongly believes private organisations will help raise awareness and hopefully discover or design some technology which will help future teams reach their goal of landing on Mars.

"We've been dreaming about this for 50 years. The Moon was just supposed to be a stepping stone to Mars. But when you study the problem, you realise it's immensely hard to do this."

Many critics have focused on funding, and whether the project would hold the public's attention for many years. It will cost an estimated £3.8bn ($6bn) to send the first group.

Dr Chris Lintott from Oxford University says that while the project is technologically plausible, he does not think they will find the funding.

"It's about having the political will and the financial muscle to make this happen. That's what nobody has been able to solve so far," he explains.

But Lansdorp sees no issue with funding. He uses the revenue from the worldwide broadcasting rights of the Olympics as a comparison.

"This will be the biggest thing that humanity has ever done. In 15 years people will still be watching.

"Exploring our world, and now beyond is what humans do, it's in our genome. The settlers' dream of going to Mars will come true."

Whether or not the mission will achieve its goal, the publicity generated from the "big-brother" style televised application process means the world will surely be watching. - BBC 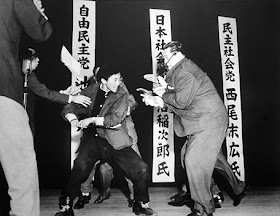 Assassination and Political Violence: A Report of the National Commission on the Causes and Prevention of Violence

Political Murder: From Tyrannicide to Terrorism 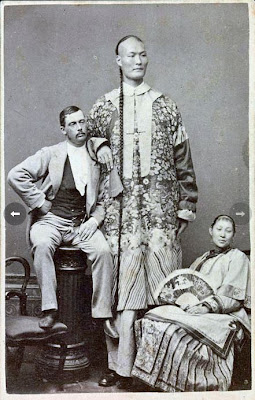 “San left China in 1865 to travel to London where he appeared on stage, later travelling around Europe, and to the US and Australia. Kin Foo, Zhan’s Chinese wife who accompanied him from China, died in 1871, and he later married Catherine Santley, a Liverpudlian. They had two sons, Edwin and Ernest..

“In 1878, Zhan retired from the stage and settled in Bournemouth, where he opened a Chinese teahouse and ‘Oriental Bazaar’.”

Three men ejected from Saudi festival for being 'too handsome'

Three Emirati men were ejected from a festival in Saudi Arabia as they were deemed “too handsome”, leading authorities to fear women could become attracted to them, it has been reported.

According to Arabic language Elaph newspaper, the UAE nationals were taking part in a heritage event in the capital Riyadh on Sunday when they were thrown out by Saudi’s religious police.

“A festival official said the three Emiratis were taken out on the grounds they are too handsome and that the Commission members feared female visitors could fall for them,” the newspaper said.

Steps were then taken to return the three men to UAE capital Abu Dhabi, according to Elaph.

Earlier this week a video posted on YouTube appeared to show a Saudi religious cleric interrupting a traditional dance being performed by Emirati men at an event in the Gulf kingdom. After remonstrating with the Emiratis, he is then shown being escorted away from the scene by members of the Saudi Arabia national guard.

It is not clear whether the two incidents are related. - Arabian Business

A few months back I was doing some research on an old sighting and managed to contact a person who knew of the case for further details. Having helped me add some details to that case, the person told me that they themselves had had a good sighting of the creature back in 2010. I can now bring you the details of this previously unreported sighting.

At around 7:20 in the morning on the 14th June 2010, the witness and their spouse were travelling south about a mile past Urquhart Castle on the A82. At this point a large object described as "clearly visible" was noticed in the water by the driver about 40 feet from the shore. In the witness' own words:

"We almost went off the road with the sheer amazement of the sighting and could not find a layby so we slowed down till we had almost stopped on the main road which I suppose was rather dangerous to say the least."

Having rolled down the car window, the large object was observed. For about the next two minutes, the couple watched this sight which was described as a

"... very large grey wide back, texture was like an elephant's skin and colour.." Continue reading at Loch Ness Mystery

The Loch Ness Monster: The Evidence

Monster in the Loch Ness (The Cryptid Mysteries)