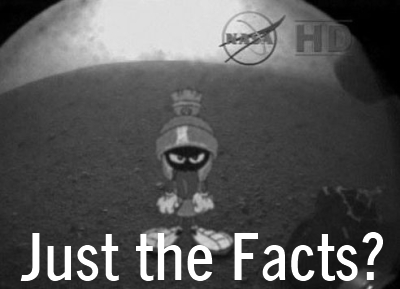 Are these similar? The 'Kyshtym Alien' was lost and never found despite a $200.000 reward. 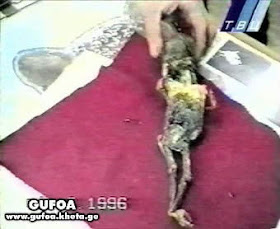 Chupacabras activity in Puerto Rico is reaching levels not seen for well over a decade. As occurred in the mid-1990s, a number of different "entities" appear to be at work in the situation -- large avian beings, winged vulpine predators and shadowy indefinite creatures, a situation that replayed itself in Chile during the 2000-2001 mutilation wave. INEXPLICATA thanks José Pérez and his team for providing us this information firsthand -- Scott Corrales

On the morning of 18 April 2013, before leaving for my job, I checked the voice messages on my cellphone and came across a call from Mr. Angel Joel Soto, owner of the mare “Lucero”, victim of an attack by a strange creature in late January – an attack that it miraculously survived.

Upon hearing the message, I noticed that the excitement in Mr. Soto’s voice as he said: “Don José, the creature attacked again last night. The person who saw it caught it attacking a goat. That thing took off running and leaped over a really tall fence, vanishing into the brush. The goat is here with wounds to its neck and other parts of the body. You’ve got to come and take a look at this. That thing got entangled in the concertina wire, cut itself and left hair stuck to the barbs.”

I called him back immediately and he gave me some preliminary information, but told me he was off to investigate it. He phoned about half an hour later, putting Mr. Rafael Flores – known to his friends as “Tigre” – on the phone.

Don Rafael began telling me the incredible tale I will share with you below.

On Saturday, 20 April 2013, the research team formed by José Pérez, Ilbis Domínguez, Luissepi Quiñones, José A. Martínez, Aníbal Martínez and Richard Flrores paid a visit to Mr. Flores’ farm for an interview. This was after interviewing Mr. Fernando Díaz, the person whose car collided with a strange creature back in March. Mr. Flores (“Tigre”) told us the following:

“For some two or three weeks now, my animals have been turning up dead in a mysterious way. First it was the chickens, then ten rabbits, five ducklings and finally two lambs. All of them showed perforations near the neck and on various parts of the body. Whatever was killing them broke their cages.

“On Thursday, 18 April 2013 at around 9:00 p.m., I headed to the farm to make sure everything was ok was the animals. As I approached the stable where I keep my horses, I saw them running around, frightened, as though fleeing from something.

“I grabbed my flashlight and went to the pen, opened the door and immediately noticed that the wooden cage in which I kept my last remaining goat was opened. I suddenly heard a sound and when I pointed the flashlight to see what it was, I saw the goat stirring on the ground. I called to my wife: “The goat’s injured!” I got closer and that’s when I saw a dark figure near my goat, which was motionless on the ground. All I could make out was a crouched figure, black with shiny black eyes (possible flashlight reflection).

“When that thing saw me, it took off running toward the fence in the back of the pen. The fence is approximately nine feet tall, and has a concertina type razor wire on top of it. That thing ran quickly. Just as it faced the fence, it got ready to leap with its hind legs, taking an incredible flying leap to reach the other side. As it did so, it was momentarily entangled in the concertina wire, cutting its skin and leaving hair on the wire.

“Once it reached the other side, it ran to the left of the fence, plunged into the brush and vanished. To tell you the truth, I don’t know who was more frightened – that thing or I. That night I quit being “Tigre” for a while (humorous remark). That was definitely not a dog. I didn’t see any wings on it or anything.
“The little goat was my son’s pet. He even called her “Li” after his grandmother, whose name is Lili.”

When our research team visited the site the following Saturday, we could examine the goat’s carcass. The night on which the events occurred, all it had was a laceration on its neck and some perforations near its genitals, but when we examined it, the animal’s head was twisted and it seemed as though its neck area had been enlarged further, and its mouth was open. We had the impression that the creature had returned during the night to finish the job.

We examined the entire area but didn’t find any prints. We did, however, take samples of the blood and hair of the animal that was left on the concertina wire. These samples of genetic material have been submitted to a laboratory for analysis. We will keep you apprised of the results.

The most curious item of information was that when the creature leaped, it did not take a running leap. It simply stopped in front of the fence and took a nine-foot jump on its hind legs. We are not aware of any animal known to man that is able to do such a thing.

Mr. Flores told us the thing had no wings, and when it ran, it did so on four legs, although sometimes standing on two legs. He was unable to make out facial features. At no time did the creature fly away, which makes us wonder that we are perhaps dealing with a different creature from the one seen by Mr. Fernando Díaz, which had bat-like wings.

This is impressive, as it would seem there are several types of creatures on the loose in the sector. What is going on? This is a mystery, but we shall continue to work until we gain a clearer picture of the matter, or until the truth finally becomes known.

Thanks to Scott Corrales: INEXPLICATA-THE JOURNAL OF HISPANIC UFOLOGY

Robert Charles Towery (2012): 'I love my family. Potato, potato, potato.'
Towery was executed in Arizona after strangling his robbery victim Mark Jones in his Phoenix home in 1991.

Mark Stroman (2011): ‘Let’s do this damn thing’
Stroman was executed in Texas after he went on a shooting spree following the 9/11 attacks, killing three people he thought were Muslims.

Thomas J. Grasso (1995): ‘I did not get my Spaghetti-O’s, I got spaghetti. I want the press to know this’
Grasso was executed in Oklahoma for a double murder. His last meal included a can of Franco-American Spaghetti-O’s.

George Appel (1928): ‘Well, gentlemen… you are about to see a baked Appel'
Moments before his execution, he also said, ‘Damn, no power outage.’ He was executed via electric chair for robbery and the murder of a NYC police officer.

Edward H. Rulloff (1870): ‘I’d like to be in hell in time for dinner’
Known as the ‘Man of Two Lives’ for his paradoxical lives of respected educator and swindler, he was hanged for the murder of his wife and daughter. 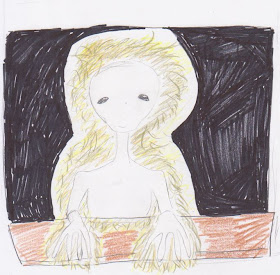 Madison, Wisconsin - unedited: It was 1994 or 1995 I am not too clear on the date because I was 4 or 5 years old at the time. I know it was late summer because it had to have been to be warm enough in Wisconsin to swim in a pool. Mom, Dad and my two brothers, one was my twin and the other was a year younger and has autism. We went up there to Madison to visit my uncles and other relatives. It was a long drive since we live in Arkansas. We drove up there. Anyway, after a long day, I guess I ended up falling asleep so I was put in this papasan chair with a blanket in a guest room. My mother tells me we all slept in the same room, I didnt hear any other noise from anyone in the house, but people must have been awake because no one else was in the room with me. It was like I was shielded from everyone else in that room or something. As I woke up, I seemed to be situated about 5 feet in front of the window in the chair. I am not sure but it seemed very quiet and dark. I remember feeling scared at first as I woke up, and when I looked at the window, because I saw light coming from it. There, right at the window, was an entity with its hands on the window sill, staring directly at me. As soon as I looked at its face, I immediately felt calm, unafraid, and actually curious. It, too, looked interested in me. You know how when you have the flash on a camera and you take a picture too close? How the light from the flash is so bright you cant really see the detail of someone or something? Thats what the light on its body looked like. A white light. But also, around its body, was this golden aura. Almost metallic looking. It seemed to tilt its head sideways slightly. I remember its eyes were small, black, but it seemed to have a reassuring look. I felt like everything was going to be okay. It was like it was comforting me somehow. And then, after that, I must have lost consciousness. It was an odd atmosphere in the room for sure. I cannot explain it. I know there are gray aliens, reptilians, and other aliens but I have never heard of this particular type. I have researched everywhere and have come up with nothing. From what I could tell though, it seemed to observe children as if it was guarding me or protecting me from something. Thats how I perceive it. - MUFON CMS

Ancient Alien Agenda: Aliens and UFOs from the Area 51 Archives

Aliens and UFOs: Case Closed Proof Beyond A Reasonable Doubt