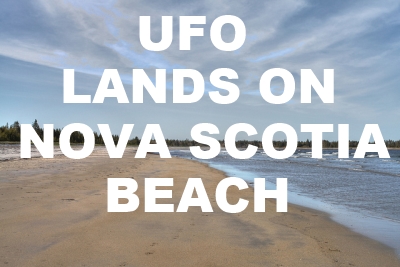 Two years before the Shag Harbour UFO incident and 10 days before the infamous Kecksburg UFO crash in Keckburg, PA at least two other strange 'landed' objects were observed in Nova Scotia, Canada. On November 30, 1965, Seaman Ian Kinsey, of Her Majesty's Coastal Service, was on his 2-4 a.m. watch at the Cornwallis station. When he looked out towards the shoreline, he saw a sharply oval, yellow object resting on the beach. The UFO was "lit up," but not glaring. Five minutes later a sliding door on the object's side opened and a smaller, cigarette-shaped UFO entered the larger object through the door. A similar sighting took place a few hours before in Springhill, about 125 miles from Cornwallis.

Early on the morning of November 30, Seaman Ian Kinsey, of Her Majesty's Coastal Service, was on his two to four a.m. watch at the Cornwallis station. He was making his rounds of one of the barracks and was to "pass by a certain window in this barracks two times between these duty hours." Through the window he could see a small beach approximately 500 paces long and about 50 paces wide at low tide. (This section of Canada boasts the world's largest tides).

It was 3:30 when Kinsey passed by the window the second time. He looked out, expecting to see the usual things: "pitch blackness, the lights of the shoreline, the communications station, and radio antennae." He also saw something else: a sharply oval, yellow object resting on the beach. The UFO was "lit up," but not glaring.

Five minutes later a sliding door on the object's side opened, emitting a white light. Then a smaller, cigarette-shaped UFO entered the larger object through the door. The larger object rose, "slowly cruised over the mountain and [was] gone for good."

The witness said that, as the UFO took off, it apparently pushed "rocks, logs and other material" away from the center of the beach.

In a series of letters to Assistant Director Gordon Lore, Kinsey said that no one believed his story. The seaman stated that he was sent to doctors to test his sanity, "but no tests were taken."

"There's a good chance that they will give me a medical discharge. . . .," Kinsey told NICAP. "They say I am emotionally disturbed. Since I took no tests, I can't see how they came to a conclusion like this. . . . They put me in the hospital under treatment. . . . They say if I stick to my story, I will be thrown out of the navy." 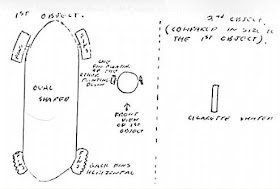 "I wish to assure you that Ordinary Seaman Kinsey is not being released because he refused to deny the sighting of an unidentified flying object," Captain Paul responded. "This man is in fact being released, but for reasons which are in no way connected with this incident."

Just a few hours before, late on the evening of the 29th, young Kevin Davis and Gary Jardine saw a UFO supporting a blinking red dome near Springhill, according to The Springhill Record. The object had portholes and emitted an exhaust and a humming sound.

Then, as the youngsters watched, a long bar-like object was emitted from the largest porthole. It reentered and emerged a second time. Then "something like smoke" emerged from the large UFO "and sparks flew upward."

The snow in the area was blown around and some of the bushes were flattened.

by Donald Keyhoe and Gordon Lore 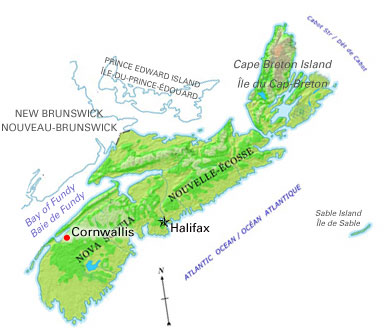 Incidently...another object was later observed nearby in the Cornwallis River on 9/15/1968 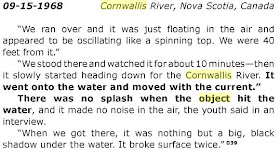 UFOs and Water: Physical Effects of UFOs on Water Through Accounts by Eyewitnesses