Just the Facts?: What Is It? -- Manatees Dying in Droves -- 'I Wish They Would Return' 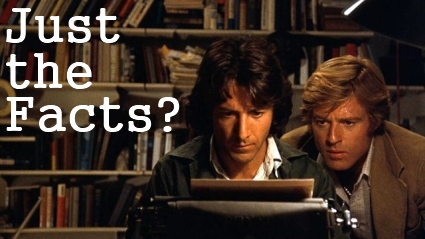 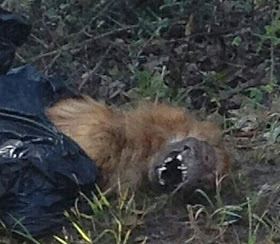 In a photo posted to twitter by Jonah King from Mississippi: @MattMoneymaker1 do you have any idea what this is? It was found in rural southwest Ms being eaten by buzzards. pic.twitter.com/Ykfq5cRKG5

Manatees Dying in Droves on Both Coasts of Florida

Large numbers of manatees are dying on both coasts of Florida.

In the southwest, a persistent red tide in the Gulf of Mexico has killed nearly 200 manatees this year. These tides are algal blooms, and occur when microorganisms called dinoflagellates proliferate, staining oceans and releasing toxins into the water and air. Harmful to organisms including fish, manatees and humans, the toxins attack the nervous system, causing short-term memory loss, paralysis, seizures and ultimately death.

In the east, near Cape Canaveral on the Atlantic Ocean, manatees are also dying. But there the cause is unknown.

“There are indications of the animals being otherwise completely healthy — but having died of shock and drowning,” said marine mammal biologist Ann Spellman, with the Florida Fish and Wildlife Conservation Commission, the state agency tasked with the investigation.

In July 2012, manatees started turning up dead in the Indian River Lagoon; now, there are 80 dead animals, 50 of them since the beginning of February.

“They’re all dying from a cause that we suspect is a common one — common to those manatees — but right now, is still unknown,” said Kevin Baxter, spokesman for the Florida Fish and Wildlife Conservation Commission. Continue reading at Wired

The Florida Manatee: Biology and Conservation

Manatee Insanity: Inside the War over Florida's Most Famous Endangered Species (Florida History and Culture)

A pup harp seal rests on the ice floes on March 3, 2008, off the coast of the Magdalen Islands, Quebec.

"A somewhat confused person called and said he was out walking in the woods where he had found a seal pup. I thought he was joking at first," Uppsala police inspector Henrik Pederson told news agency TT. Hunter Robert Sandefors, who was asked by police to take care of the pup, said the seal had probably made its way into the woods on its own, based on tracks visible in the snow. Police said the seal had probably crawled three kilometres over sea ice and three kilometres into the woods. "He must have gotten separated from his mother and gotten lost and gone in the wrong direction," Sandefors told public broadcaster Swedish Radio. The seal was taken to the nearby Dalaelven river, where it was released and swam away. - Phys.Org

In early August I will be co-leading a “trip of a lifetime” tour of Peru, and I want to personally invite and urge each of you to seriously consider joining it if your circumstances permit. The price for it is astoundingly low because my co-leader, Brien Foerster, is a Canadian who married a Peruvian woman, so he has lived there for many years and now operates one of the most highly-regarded tour companies in Peru. He gets deals almost nobody else can secure, and now I can offer my friends and acquaintances the chance to directly benefit from his connections.

All of you have seen films and photos of Machu Picchu. It is one of our planet’s most iconic symbols of exotic travel, #1 in South America and #2 behind the Pyramids of Egypt for instant recognition worldwide. Imagine yourself there, walking its hallowed grounds. If you join this tour you will do exactly that, as well as walk a half-mile length of the incredible “Inca Trail” that stretches from Cuzco to Machu Picchu. And that’s just one aspect of these 12 incredible days (and 4 more in Bolivia if you add the extension to mind-boggling Tiahuanaco and Puma Punku!).

We will visit the massive stonework of Sacsayhauaman, above Cuzco. More massive stonework at Ollantaytambo. We will fly over the gigantic figures drawn on the desert floor at Nazca. We will ride a boat out into the Pacific to view the enormous Candelabra of the Andes carved into the side of a large hill to seemingly “point” incoming aircraft toward the plains of Nazca. We will visit Ica to examine the incredible Stones there, which appear to show ancient history depicted in great detail, including scenes of humans and dinosaurs living in proximity! Amazing things, all.

Another focus of the trip will be the newly famous “conehead” skulls of Paracas and elsewhere in Peru, and indeed around the world. These are skulls that contain fully twice the cranial capacity of humans of today! Who were these people? How could they be so radically different from humans? Can they even be considered humans? These are issues that will be thoroughly discussed and debated during the tour, whose co-leader, Brien Foerster, is now considered “The Man” when it comes to coneheads. You will learn all about them from the horse’s mouth, so to speak.

From a personal standpoint, I can tell you I went on a tour very similar to this one when I was a much younger man, back in 1993, 20 years ago. Without exaggeration, I can say that it was one of the seminal experiences of my life. I was simply astounded every day, when a new “miracle” would be presented to us for consideration and debate. How could it be that such a primitive culture as the Incas could create such fantastic stone edifices and structures? It seemed impossible to me then, and it remains impossible to me now. But impossible or not, I can assure each of you that this trip will affect you like no other you can or will take in your lifetime. It will leave you with memories, and questions about humanity’s past, that will never leave you.

Let me also add that the tour I took in 1993 was the exact same cost as the tour you will be offered at the link below. Seriously. This is only because of Brien’s many connections in Peru, where he has been arranging and guiding such tours for years. Accommodations will be topnotch, transportation will be in bathroom-equipped buses, and every effort will be made to assure maximum comfort and enjoyment by everyone who joins us. There is room for only 30 on this trip (the buses carry only a few more for the leaders, guides, etc.), so if you have even the slightest bit of interest in considering this as a vacation option, please take it seriously NOW.

One last point: If you yourself can’t take time from a busy schedule (which I realize many of you have), or if you don’t think you’re in good enough shape to trek quite a bit in mountainous terrain at high altitudes (you have to be in a modicum of shape to tackle this), please consider gifting the trip to any children or grandchildren you have who would enjoy it and benefit from it. Measured on any scale of wonderfulness, this tour really WILL be a “trip of a lifetime.” You simply cannot give a more rewarding or appreciated gift.

Everything You Know Is Wrong, Book One: Human Origins

'I wish they would return'

Augusta, Georgia - 7/1968 - (minimal editing) - I was just a child back then, but these beings would come by to see us from time to time, we lived in the middle of the woods then, being our nearest neighbor a mile away approximately, today, on Google maps, this has changed significantly.

The first time I can remember seeing them, I had a strange feeling something was leaping up behind me, at first I thought it could have been a small plane flying real low, due to a small air crafts airport neer by, but on second look i could see what it really was, they where heading west in a ship not much larger than a corporet jet, with no wings and no tail, just the tube, then I looked up and there it was. I only remember seeing front cockpit like windows on it, yet other witnes says there where windows down the entire ship with beings inside. I was cleaning out a swimming pool we had in the back yard, I remember thinking that I could turn the hose at the ship and wet it if I wanted. All this is clear to me as if it happened yesterday, yet, there is much more.

During and after the sightings, I remember the feeling I had was like that of receiving a visit from a close friend, or friends.

I remember as if in a dream playing with them, and mind conversing with them, without moving our mouths, yet, another witness to the event has assured me that it wasnt a dream so I dont really know what can be true and what is imaginary, remember that in the summer of 1969 Neil Armstrong set foot on the moon, well , part of my dreamed memory without witnesses was that of traveling with these beings to the moon and back, yet upon seeing footage of the lunar mission, I realized that this may be a fragment of my imagination due to the exitement of the era.

I am convinced they saved my sisters and my life, for before all this would take place, an accident - a big piece of furniture fall on us, yet in the last minute, we, my sister and I dissapeared from beneath the furnature and reappeared to a side of it, witnessed again in amazement by my mother.

What makes me think they saved us? well, the ship had no door, and they would appear as if through some kind of star gate, more or less the same way my sister and I disappeared from beneath this falling furniture and appeared to a side.

Little by little we stopped receiving their visitations, and shortly after, we moved to a different country.

My experiance was totally positive, and it really would be nice to re establish contact with them, all though nearly fifty years have gone by since then, yet it was a beautiful time of my life. - MUFON CMS

Aliens in America: A UFO Hunter's Guide to Extraterrestrial Hotpspots Across the U.S.