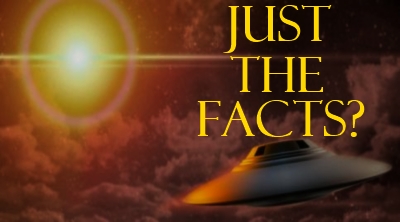 A reader sent this in response to the Easley / Anderson, South Carolina UFO Encounters:

On the night of December 2, 1980, around 10PM, driving on Hwy 59, in Oconee County, SC, between Earl's Grove and Fair Play, I saw the same thing. It was beautiful, amazing. It was very cold that night. I was on a very long straight stretch of highway. I literally parked the car, and turned off the engine so I could hear it as it hovered and passed over the highway in front of my parent's home. There was no sound.

I quickly turned into the drive and watched as it followed the old farm road. I quickly parked in front of my parents' home, ran in, and out the back, with my mother. It followed the tree line from the far right, back over the yard, and hovered over a huge oak tree (which is now deceased) Suddenly, it was gone.

The following night, a friend's father saw the same thing, near Westoak.

I'm dropping a couple maps in to show you where the house was, and the layout of the are. (not releasing maps...Lon) I also add the maps, because, according to my best friend, who still lives near the area, there is a bigfoot who is still there. My mother would find the footprints on the property. There were bent saplings, crossed saplings, and any number of just plain weird things. When my friend's daughter was about 4 she saw one on the side of Pine Grove Road. Several months ago - back in Sept. or so, when her nephews were hunting the area, back toward our old place, they encountered one. There is a report filed in Oconee County, on Dairy Farm road, that was right behind our place.

Albuquerque, NM - unedited: I was in my hobby room about 11:30pm on Wednesday, March 27, 2013 on the 2nd story which has an unobstructed view of the Sandia Mountain range. I turned out the light and looked towards the mountains as I do every night and saw an object over the mountain range which is over 10,000 feet that had very bright red and green lights but the red lights were brilliant red and were actually beams of light in the shape of very long triangles. One at the top of the object pointing up and one at the bottom pointing down to the ground. Both beams were 50-100 feet long and had very sharp points at the tip. The green lights must have been very small because I didn't notice them anymore. It moved back and forth over the mountain top then came down a little and started moving west over the houses in my direction so I immediately ran down the steps and out into the back yard which took about 15 seconds but it had disappeared. No sound, no planes, no helicopters. Just silence. There is a tram north of this sighting but the object was farther south and looked nothing like the tram as it was moving around and flying over the mountain. There is also a restaurant and light towers up there but all were north of this sighting and they are stationary. I have seen lots of planes and helicopters in this area, even hot air balloons, but I have never seen anything with beams like that. - MUFON CMS

Ufos over New Mexico: A True History of Extraterrestrial Encounters in the Land of Enchantment

On the Trail of the Saucer Spies: UFOs and Government Surveillance

A Japanese man who allegedly tried to kill a woman he was stalking by putting poison in her shoes was arrested on Thursday.

The woman, a colleague, did not die, but developed gangrene in part of her left foot, they said. It was not known to what extent she was injured or if she had to have any amputations.

Tatsujiro Fukasawa, 40, allegedly put hydrofluoric acid, a highly caustic chemical, in her shoes in December last year. He is believed to have obtained the chemical, which is used in oil refining or to dissolve rock, at his workplace.

Fukusawa has denied the allegation. Hydrofluoric acid can be absorbed through the skin into the blood, and can led to systemic failure, including heart attacks. 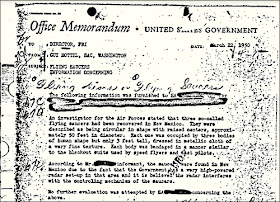 The FBI says its most viewed public record is a memo from 1950 recounting a strange story someone told an agent about three "flying saucers" that were allegedly recovered in New Mexico.

The so-called Hottel memo was first released in the late 1970s under the Freedom of Information Act, but it's been viewed nearly a million times since 2011, when the FBI launched an online database of public records called the Vault.

Dated March 22, 1950, the memo was addressed to FBI Director J. Edgar Hoover and written by Guy Hottel, then head of the Bureau's field office in Washington, D.C. Hottel was reporting what an Air Force investigator said that someone else told him about the crashed saucers.

The following details of the report have perhaps fueled the hopes of those who want to believe: "They [the saucers] were described as being circular in shape with raised centers, approximately 50 feet in diameter. Each one was occupied by three bodies of human shape but only three feet tall, dressed in metallic cloth of a very fine texture. Each body was bandaged in a manner similar to the blackout suits used by speed fliers and test pilots."

For the record, FBI officials said in a statement on Monday (March 25) that the Hottel memo "does not prove the existence of UFOs; it is simply a second- or third-hand claim that we never investigated."

Bureau officials also say there is no reason to believe that the story has anything to do with the infamous 1947 Roswell crash in New Mexico. Hoover did actually order his agents to verify any UFO sightings after the Roswell incident and until July 1950. That the Hottel report was never investigated suggests "our Washington Field Office didn't think enough of that flying saucer story to look into it," the FBI statement says. - Live Science

UFOs and the National Security State: Chronology of a Coverup, 1941-1973

The Amityville Horror: Another Lutz Son Breaks His Silence

First there were the flies, a plague of them that, even in December, swarmed inside the imposing clapboard house as George and Kathy Lutz were unpacking their belongings.

Then there were the cold spots in rooms and hallways, the odd smells of perfume or excrement and the jolting sounds at night.

George became increasingly volatile and would wake at the same time — 3.15am, a time that would later assume a sinister significance.

Other disturbances were far more terrifying: objects that flew across the room, walls oozing green slime, the crucifix that turned upside down on the wall, the hidden red room in the basement and — who can forget — the glowing eyes at night of some demonic, pig-like creature.

As for the Catholic priest who came to bless the house, the site of a mass murder only 13 months earlier, the Lutzes only found out later he had heard a voice tell him to ‘Get out!’ as he sprinkled holy water in a bedroom — the one he told the couple that no one should sleep in.

By then, they had fled in terror with Mrs Lutz’s three young children from a previous marriage, taking little more than the clothes they were wearing. Continue reading at Daily Mail

The Night the DeFeos Died