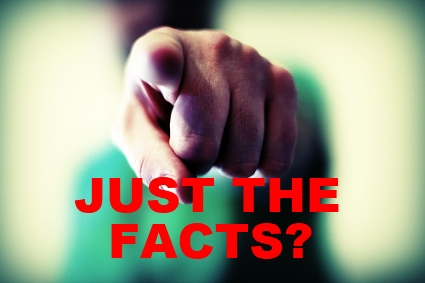 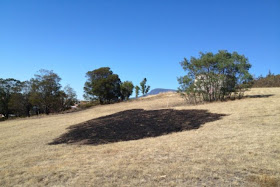 Tasmanian police and firefighters are unable to explain the source of a beam of light which reportedly fell from the sky and formed a circle of fire in a Hobart suburb.

Early Saturday morning police and fire crews received calls from concerned residents in Carnegie Street at Claremont, who reported seeing a bright light igniting a fire in a nearby paddock.

He says the bizarre incident has everyone baffled.

"Once we put the fire out, we kind of walked through the fire and tried to find something," he said.

"We thought a flare or something may have landed there, but we couldn't find any cause."

The Fire Service says it will not investigate further. - ABC.net

Tehran, the capital of Iran, is battling an invasion of "genetically mutated" giant rats.

Iran has sent in sniper teams to clear Tehran's streets from the massive rodents weighting up to five kilos plaguing 26 district of the Iranian capital, the city's environmental agency said.

"They seem to have had a genetic mutation, probably as a result of radiations and the chemical used on them," Ismail Kahram, Teheran city council environment adviser and university professor Ismail Kahram told Qudsonline.ir.

"They are now bigger and look different. These are changes that normally take millions of years of evolution. They have jumped from 60 grams to five kilos, and cats are now smaller than them."

The "mutated rats" have been running rampant in the capital, as cats are scared off by their giant size and traditional poison appear to have no effect on them.

"We use chemical poisons to kill the rats during the day and the snipers at night, so it has become a 24/7 war," the head of the environment agency, Mohammad Hadi Heydarzadeh, said.

Rats' carcasses are burnt or buried in lime.

So far 2,205 rats have been shot dead, but the war is far to be won and the council is planning to bring the snipers team up to 40. - SINA

Doctors in the US have made medical history by effectively curing a child born with HIV, the first time such a case has been documented.

The infant, who is now two and a half, needs no medication for HIV, has a normal life expectancy and is highly unlikely to be infectious to others, doctors believe.

Though medical staff and scientists are unclear why the treatment was effective, the surprise success has raised hopes that the therapy might ultimately help doctors eradicate the virus among newborns.

Doctors did not release the name or sex of the child to protect the patient's identity, but said the infant was born, and lived, in Mississippi state. Details of the case were unveiled on Sunday at the Conference on Retroviruses and Opportunistic Infections in Atlanta.

Dr Hannah Gay, who cared for the child at the University of Mississippi medical centre, told the Guardian the case amounted to the first "functional cure" of an HIV-infected child. A patient is functionally cured of HIV when standard tests are negative for the virus, but it is likely that a tiny amount remains in their body.

"Now, after at least one year of taking no medicine, this child's blood remains free of virus even on the most sensitive tests available," Gay said.

"We expect that this baby has great chances for a long, healthy life. We are certainly hoping that this approach could lead to the same outcome in many other high-risk babies," she added.

The number of babies born with HIV in developed countries has fallen dramatically with the advent of better drugs and prevention strategies. Typically, women with HIV are given antiretroviral drugs during pregnancy to minimise the amount of virus in their blood. Their newborns go on courses of drugs too, to reduce their risk of infection further. The strategy can stop around 98% of HIV transmission from mother to child. Continue reading at Guardian

In the Bosnian town of Kostajnica, a strange egg-shaped rock rests outside a stone quarry, where miners found it hundreds of years ago.

It’s said to be a meteorite that fell from the moon, and given the recent apocalyptic meteor shower that occurred in Russia just this month, it’s gained some new found attention.

Weighing several tonnes, the “meteorite” (according to legend) struck the town 200 years ago. Elders told of the stone falling from the sky, perhaps from the moon. Houses in the area collapsed, and the rock was so hot as to be unapproachable.

Today, it’s become something of a tourist attraction, especially now that meteors are kind of, well, “in” right now. Video - Bosnia 'meteor' intrigues new generation in wake of Russia strike

Meteorites: Witnesses of the Origin of the Solar Systems

Meteorite Craters and Impact Structures of the Earth